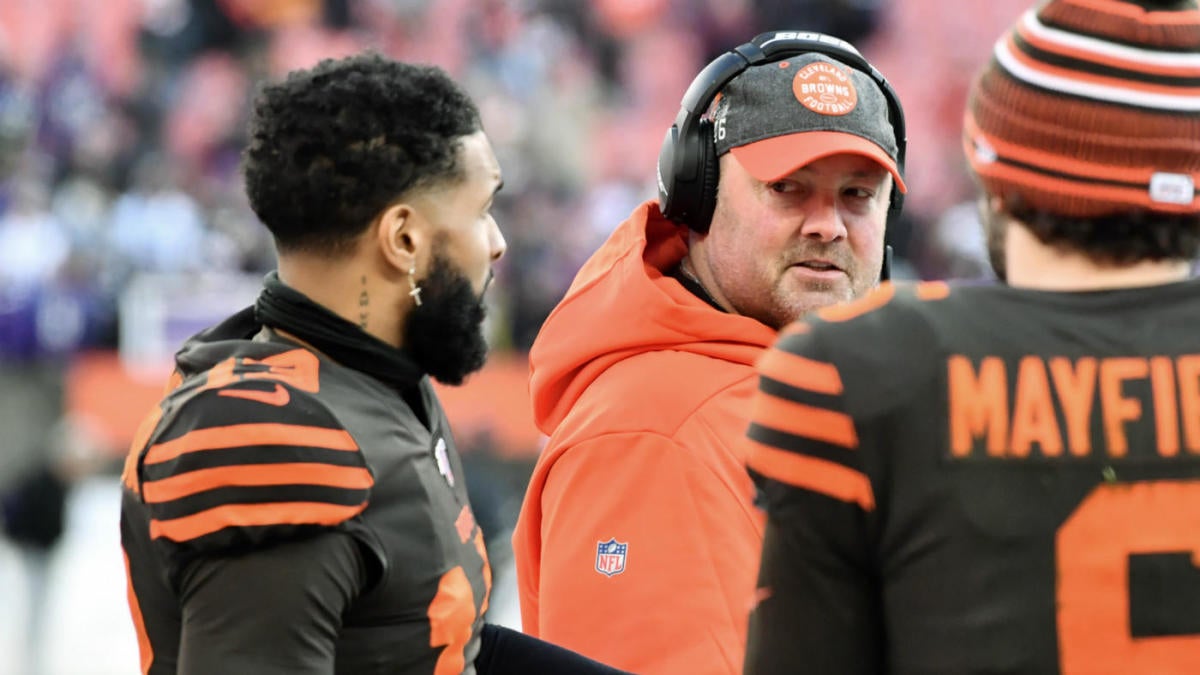 For the last two weeks, the Cleveland Browns have been clinging to a glimmer of playoff hope. With the realization that their season is over during the fourth quarter against the Baltimore Ravens, wide receiver Odell Beckham Jr. let his frustrations surface.

Beckham caught a touchdown late in the fourth quarter to cut Baltimore’s lead to nine. Head coach Freddie Kitchens was faced with a decision to either kick the extra point or attempt the two-point conversion. The Browns attempted the conversion but it was an incomplete pass from quarterback Baker Mayfield to tight end Ricky Seals-Jones. Coming off the sideline, Beckham was visibly upset with Kitchens.

The relationship between Beckham and the Browns has been rocky in 2019. The early season headlines of Beckham being fined for wearing a watch or an unapproved visor on the field have been replaced by reports that the star wants out of Cleveland. CBS Sports NFL Insider Jason La Canfora wrote last week that the wide receiver does not anticipate requesting a trade but is “interested to see what changes, if any, are made to the team’s staff and scheme in 2020.”

Beckham, who was acquired from the New York Giants in March, is having his worst season since entering the league as the No. 12 overall selection in the 2014 NFL Draft. With four receptions for 44 yards and a touchdown in Sunday’s 31-15 loss to the Ravens, Beckham now has 71 receptions for 954 yards and three touchdowns on the year. His 13.44 yards per reception and 4.7 receptions per game are the lowest of his career. His three touchdowns would tie his lowest mark since 2017; he played in four games that season.

Wide receiver Jarvis Landry also had a sideline spat with Kitchens last week. There has been a lot of frustration with various aspects of the Browns’ offensive game plan and execution this season. The organization will need to do some self-reflection yet again this offseason. Cleveland has a 6-9 record with a lone game remaining against the Cincinnati Bengals.