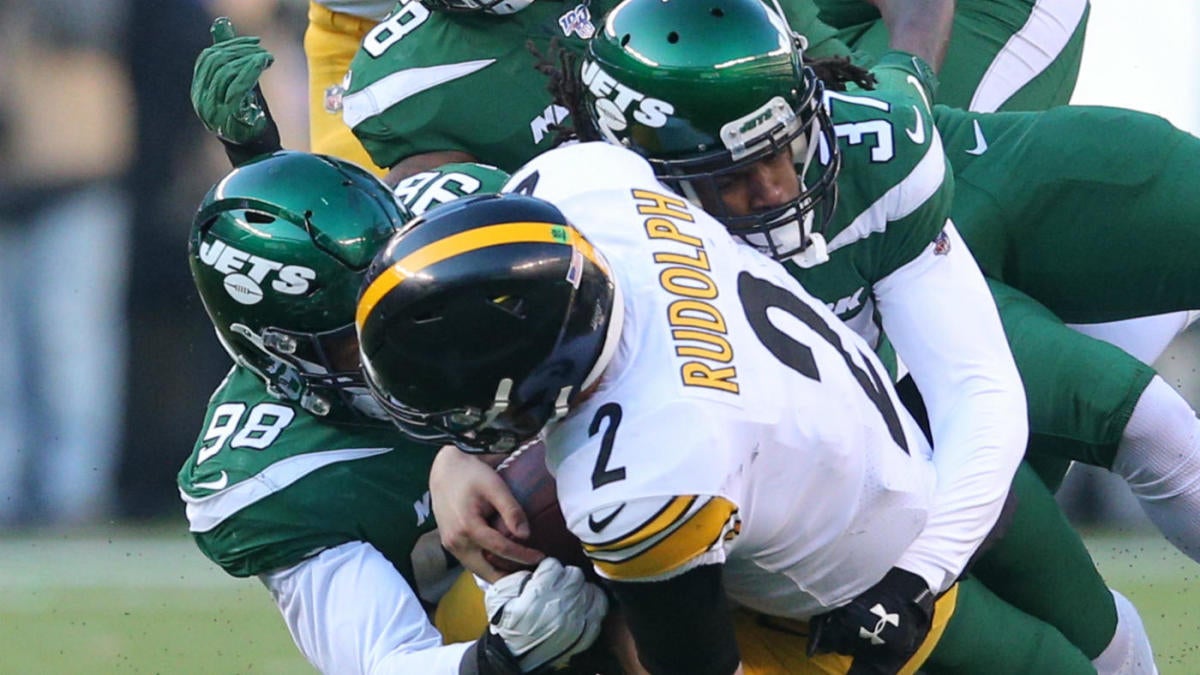 Ever since Ben Roethlisberger went down with a season-ending injury in September, the Steelers‘ quarterback situation has been a mess, and it might have actually hit rock bottom on Sunday during Pittsburgh’s 16-10 loss to the New York Jets.

The Steelers defense has been so good this season that the team has been able to get by with just average quarterback play, but Pittsburgh couldn’t even get that in this game, which is something that clearly frustrated coach Mike Tomlin. Steelers starting quarterback Devlin Hodges was so bad that he actually got benched midway through the first half after throwing two interceptions on the Steelers’ first four possessions (the other two possessions ended with punts).

Both of Hodges’ picks were costly in a game where points were at a premium.

The first interception came on the Steelers’ opening possession on a drive where Pittsburgh was actually moving the ball. After starting the drive on their own 20, the Steelers quickly drove into Jets territory and their offense looked like it couldn’t be stopped, but then the drive came to a crashing halt when Hodges did this:

With the Steelers already trailing 7-0 at that point, it was a big interception that killed any offensive momentum Pittsburgh had at the point.

Although that interception was bad, Hodges’ second pick was arguably worse, and that’s because it ostensibly cost the Steelers some points. Early in the second quarter, the Steelers drove down to the Jets’ 19-yard line, and that’s when this happened:

Jets safety Marcus Maye read Hodges the whole way to make the pick. Hodges loves to take chances with his throws, but you have to pick smart times to take those chances. If he doesn’t throw a pick on that drive, the Steelers would have almost certainly come away with at least a field goal, which would have been huge in a game where Pittsburgh only scored 10 points.

Although Hodges would get benched in the first half, he ended up returning to the game in the second half after Mason Rudolph went down with an injury, and when Hodges returned, things didn’t get much better. Although he didn’t throw a pick during his second go-around, he did take a huge sack in the fourth quarter.

With the Steelers trailing 13-10 in the fourth quarter and sitting at the Jets’ 29-yard line for a second down play, the biggest thing a quarterback has to do is not lose any yardage. If you’re being rushed, throw the ball away so that you’re still in field goal range. For the Steelers, they didn’t end up getting a field goal on this pivotal drive, because this happened:

The sack by Quinnen Williams cost the Steelers nine yards and pushed them out of field goal range. After fumbling on the next play and losing eight yards, the Steelers would end up punting. It wasn’t Hodges’ fault that Williams went unblocked, but after he got out of the pocket, he should have done everything in his power to throw the ball away. It wasn’t a horrible mistake, but it did cost the Steelers.

The Steelers have a Super Bowl worthy defense this year, but it’s starting to look like their quarterback situation is going to cost them a shot at finding out just how good the defense can be. Although the Steelers haven’t been eliminated from the playoff race, they no longer control their own fate. The most likely way the Steelers will be making the postseason this year is if they win in Week 17 and the Titans lose (the Steelers could get in a with a loss, but the Titans would also have to lose and the Colts would have to win).

Here are the grades for Week 16. If you’re looking for grades from Saturday’s slate of games, just click here.