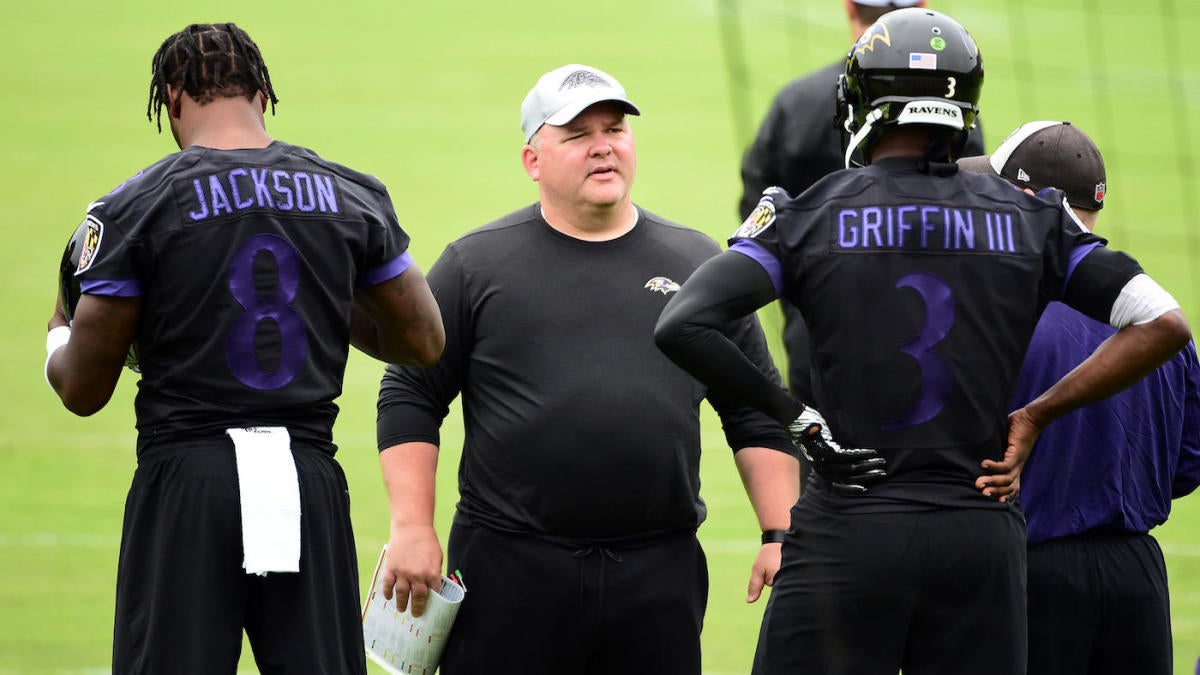 Ravens offensive coordinator Greg Roman is emerging as a serious head coaching candidate in multiple pending searches, league sources said, and will have several opportunities to interview. Roman’s fairly revolutionary work with likely MVP Lamar Jackson, in just his first full season as a starter, has caught the attention of owners and general managers.

Teams are increasingly willing to try to cater their schemes to novice passers with rare athleticism. While Jackson certainly has a unique skillset, and it would be impossible to duplicate some of the diverse run sets and three-tight-end looks Baltimore deploys, Roman will be asked to meet with several teams during the Ravens bye week, sources said.

If nothing else, other front offices will want to tap into Roman’s visionary approach to the run game and offensive construction to see what can be applied to their rosters. Roman has done great work in the past with young quarterbacks like Colin Kaepernick and Tyrod Taylor, and his knack for allowing athletic quarterbacks to flourish on the run, and in the pocket, is something very much in demand around the league.

This could be a hiring cycle in which prior head coach experience is vital, and a few coveted college coaches like Lincoln Riley and Matt Rhule could make the jump as well, making for a crowded field. But Roman is going to be a part of the process, and his work with Jackson is being appreciated around the league.