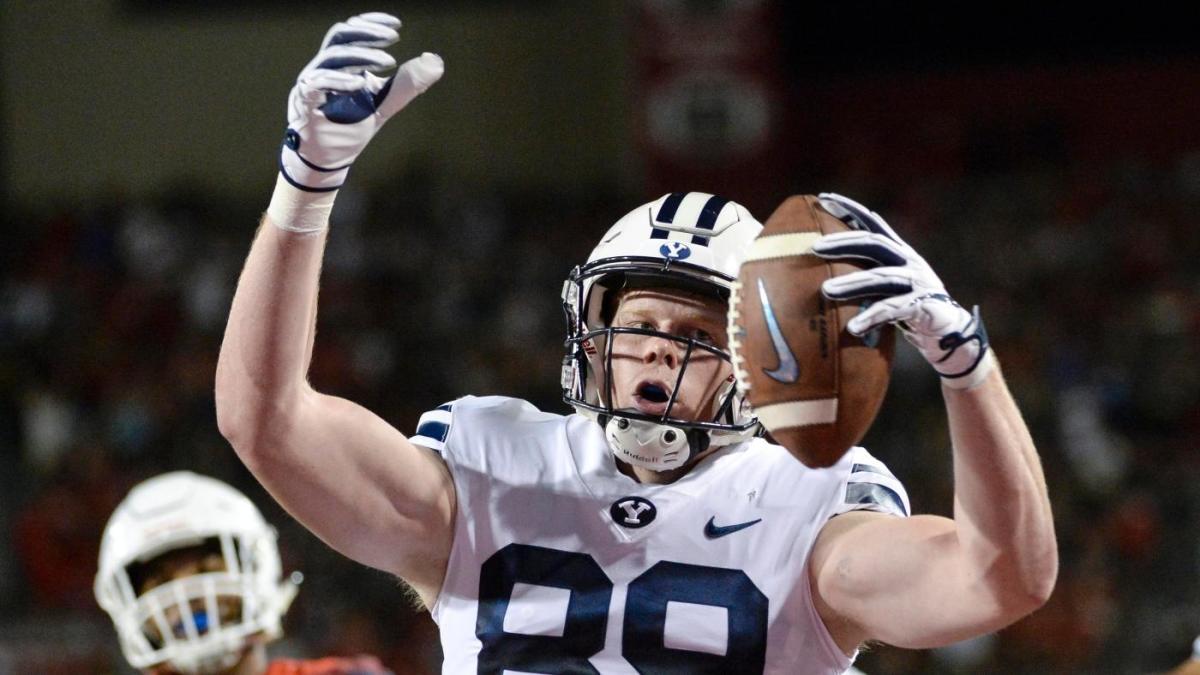 Since the Hawaii Bowl’s establishment in 2002, Hawaii has played in it nine times, including this year and last. Their counterpart, BYU, has played in a bowl game every year except one since 2005. MVPs in Hawaii Bowl history have included Green Bay Packers wide receiver Davante Adams, New York Giants wide receiver Golden Tate and former NFL running back Chris Johnson.

Will a transcendent NFL star come out of this year’s game? Let’s examine the 2020 NFL Draft prospects that you need to know. You can read more about this matchup and get our expert picks on the game right here.

Bushman is a long, physical pass catcher and he is difficult to bring down. He blocks with good leverage and does a good job of sealing his blocks. While he does not possess elite athleticism, he is simply a solid player with good hands. As of Dec. 16, the junior had not declared for the 2020 NFL Draft. He has registered at least 500 receiving yards in each of the past three seasons.

There are games where McDonald looks like he could be a first-round pick. He is a big body with mobility and touch. The rhythmic thrower has pinpoint ball placement at times and other times makes frustratingly poor decisions. Through 12 games, he is averaging 38.75 pass attempts per game. It is probably in his best interest, as a junior, to return and figure out the mechanical issues leading to his inconsistencies. He can be really fun to watch and the hope is that fans nationwide get that version of McDonald in the Hawaii Bowl.

BYU sophomore offensive tackle Brady Christensen was actually a part of the 2015 recruiting class, but he took a mission trip to New Zealand before returning to the roster in 2017. The Utah native plays a little flat-footed but he blocks with good leverage and drives his legs in the run game. He can improve laterally, but his anchor is sturdy.

Hawaii wide receiver Cedric Byrd is really fast and runs nice routes. He attacks his routes and has soft hands. Some teams will be deterred by his lack of size — he is just 5-foot-9 — but it would be a surprise if he was not in training camp somewhere next summer.