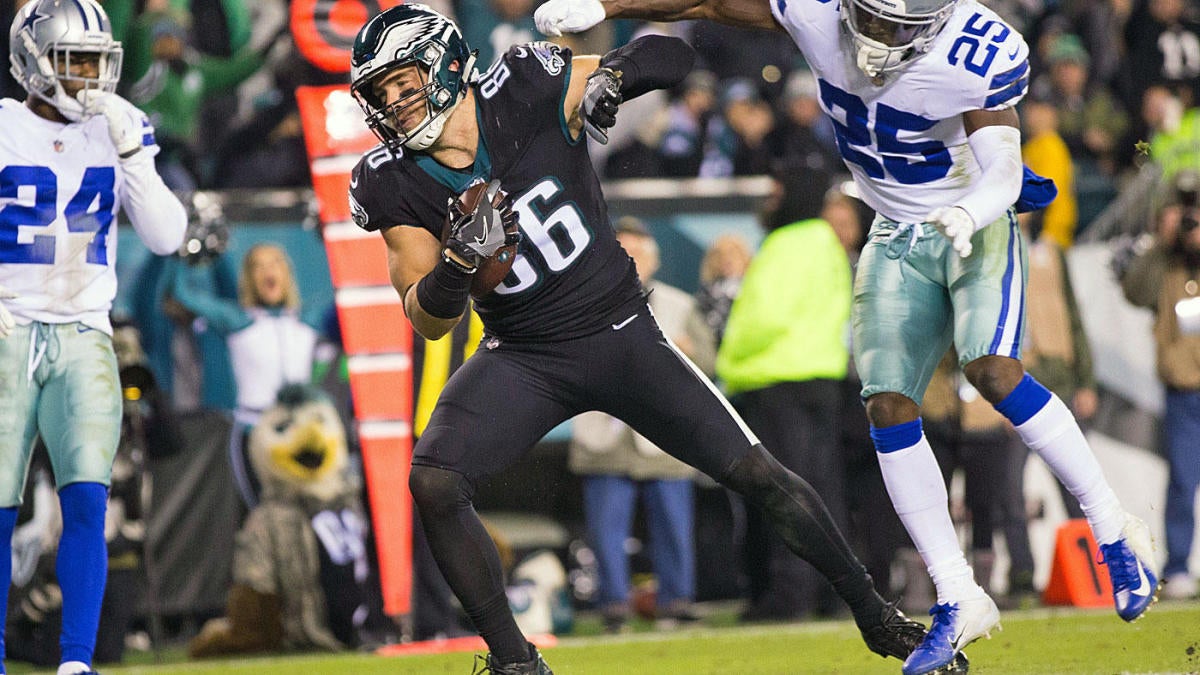 This is the last thing the Philadelphia Eagles need as they try to stave off the Dallas Cowboys in Week 16, in a game that would give the latter their second consecutive NFC East crown if they walk away victorious, With Nelson Agholor ruled inactive with injury, the Eagles evaluated tight end Zach Ertz, who is easily their best receiver on any given week.

This is especially true with both Alshon Jeffery and DeSean Jackson sitting on injured reserve.

Ertz took a massive shot to the ribs on the first offensive drive of the game, when safety Xavier Woods jarred the ball loose on what would’ve been a sure catch and put the Eagles in position to score a touchdown to open the game. They instead were forced to settle for a field goal, but went on to establish an early lead, and they might have to figure out how to keep the good times rolling without Ertz on the field.

He was initially cleared in the blue tent but looked visibly frustrated before heading off to the locker room, and his status to return was questionable — officially listed as a rib injury. He’d return to the field as the second quarter neared its end, but not without extra protection on his ribs. It’ll be key to keep an eye on Ertz going forward, and especially if he takes another hit to the ribs from the Cowboys.

Ertz entered the contest with 888 yards receiving and six touchdowns on the season, and that production doesn’t grow on trees.

On the defensive side of the ball for the Eagles, defensive back Ronald Darby is also questionable to return, after leaving the game with a hip flexor — having yet to return to the contest. Darby has played inconsistent ball this season, but he’s a starter for a reason, and that reason is head coach Dough Pederson isn’t sold on the talent behind him. That talent, however, is what Pederson must rely on now until/unless Darby can again take the field.