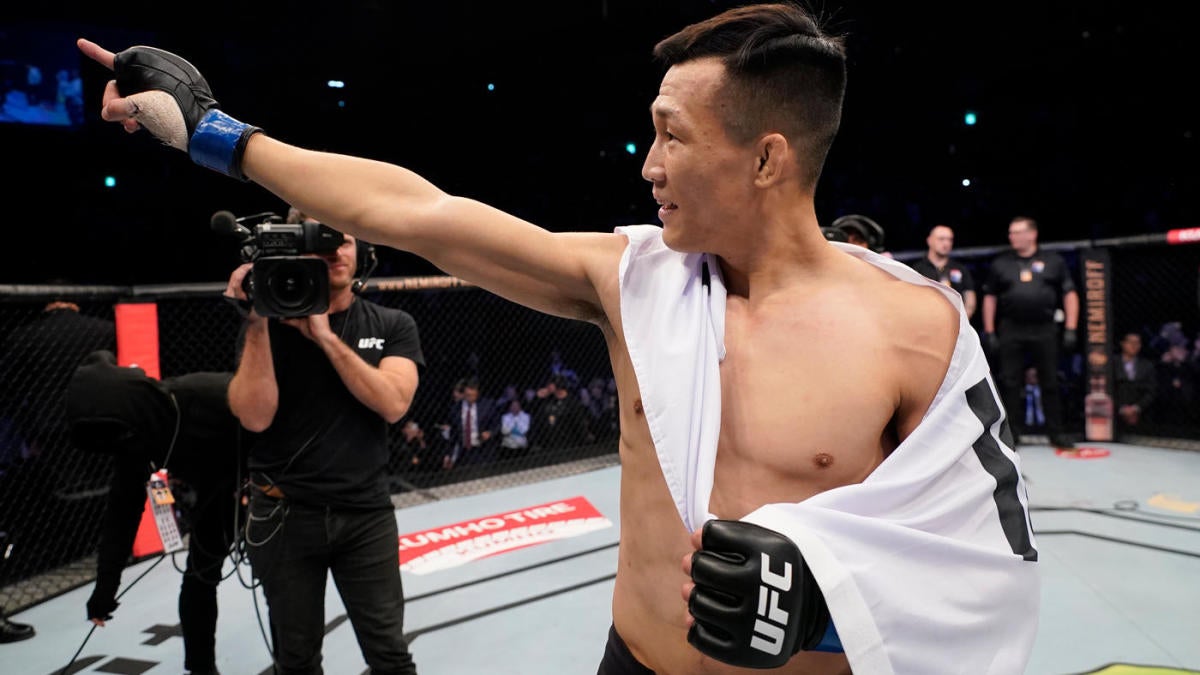 The native of South Korea delighted his home fans on Saturday inside Sajik Arena by dismantling former lightweight champion Frankie Edgar inside of one round in the main event of UFC Fight Night in Busan.

Jung (16-5), affectionately known as “The Korean Zombie,” accepted Edgar (22-8-1) as a late replacement on just two weeks’ notice after former title challenger Brian Ortega pulled out with a knee injury. He subsequently walked through the UFC legend before making a bold declaration — in English no less — during his post-fight interview.

The 32-year-old slugger improved to 3-1 since his 2013 title loss via TKO to former champion Jose Aldo at UFC 163. Jung took a break from the sport for nearly four years after the fight for mandatory military service in his native country and his lone defeat since returning came via freak knockout with one second to go in his five-round war with Yair Rodriguez in 2018.

Jung stuffed an early takedown attempt from Edgar and staggered him with a counter left hand as the two exchanged punches in the center of the cage. Jung went on to drop Edgar and take his back before unleashing a flurry of punches from behind that opened up a cut on Edgar’s forehead.

Although Edgar, 38, was able to regain his feet shortly after, Jung almost instantly finished him with a brutal combination that saw him land a right uppercut, left hook and right cross, which dropped Edgar and forced referee Marc Goddard to jump in at 3:18.

The finish was the 14th of Jung’s 16-win career. He capped off a productive 2019 that saw him record a pair of first-round stoppages, including a TKO of Renato Moicano in June with one punch.

“When I first came up, I was ready to fight all matches 25 minutes. My team said to me that’s not going to happen so I want to thank my team and I have the world’s best coach,” Jung said. “I was looking for the uppercut but instead I started pounding him on the ground so it all worked out.

“Last time I was told that my fight was just luck but not this time. I won this fight.”

Edgar showed a ton of heart in persevering but was outgunned from the jump. The loss was his third in his last four bouts, with all coming against elite competition, including Ortega and a July title loss to former champion Max Holloway.

The defeat likely calls into question whether Edgar will move forward with a scheduled move down to the bantamweight division and a Jan. 25 debut against the dangerous Cory Sandhagen.