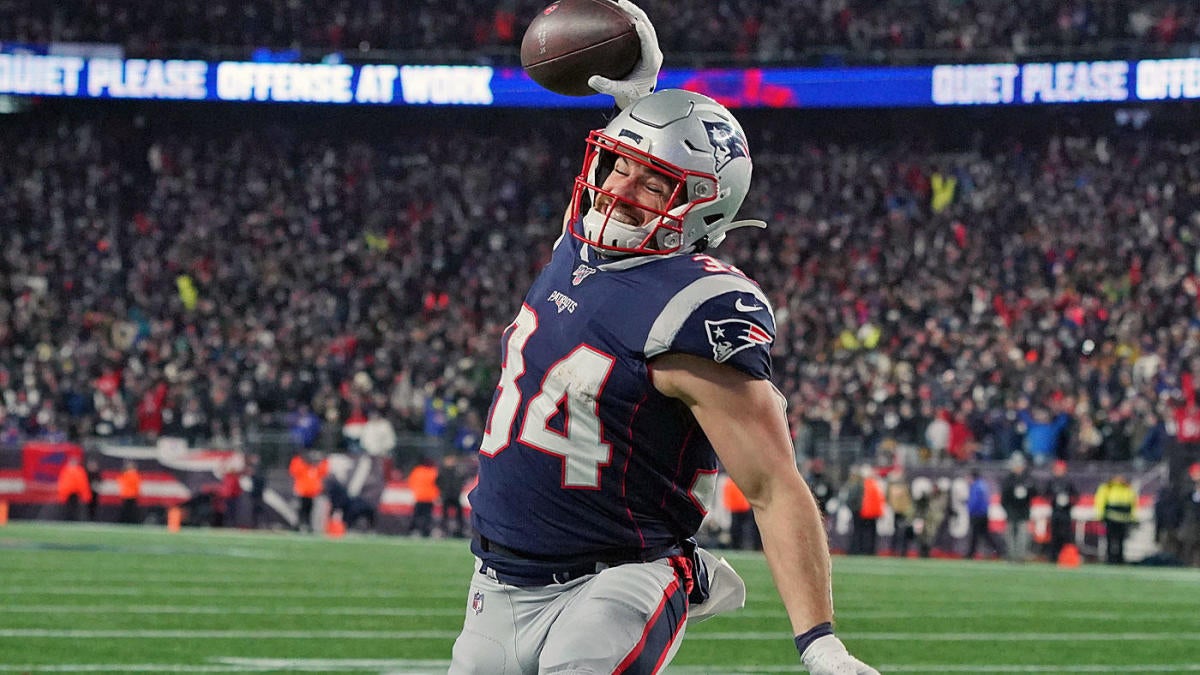 FOXBOROUGH, Mass. — You want the Patriots to thump their chest. You almost expect it.

Yes, the NFL world has doubted you. We said the offense stunk. We’ve danced around calling this the end of the dynasty. And we’ve politely asked Tom Brady and Bill Belichick if there are enough offensive weapons to win at a high level.

And then, in a game most resembling a postseason contest against a division foe that has closed the gap as much as we’ve seen since Rex Ryan’s Jets, Brady throws for 271 yards (while completing his first 10 passes), hits nine different pass-catchers, gets 143 yards of run support and beats the third-ranked scoring defense, 24-17, for his 35th fourth-quarter comeback of his career and first of the 2019 season.

“We knew we were going up against a pretty good defense. They played well. They’re hard to move the ball on,” Brady started. “I don’t think too many of us thought about the season. It really was just one game and what we needed to do to move the ball and score points against a really good team. All those evaluations and stuff take place after the year. We’re just trying to grind our way through it.”

Remember, of course, this is the same Tom Brady who told CBS Sports in last year’s playoffs that “everybody thinks we suck and can’t win any games.” Entering Saturday afternoon Brady was in the midst of his worst five-game stretch of his 20-year career. This is a Patriots team that, especially in recent years, has a knack of finding (or creating) the smallest slight for motivation.

Ask Julian Edelman, the player Brady most trusts, if this was a statement victory for the offense.

“I don’t know anything about all that,” Edelman. “I’m just happy we got away with a big win against a good opponent.”

Even when allowing himself to reflect slightly on the successes of the offense tonight, Brady still had to couch it.

“I think it was more balance than we’ve been in. We ran the ball good and effectively against a really good defense. That’s always good,” Brady said. “One game doesn’t always lead to the next. I think you just have to keep building week-to-week on some things that we did good that worked out, and the things that didn’t you kind of move on from. We knew it was going to be a tough test.”

New England found success in the screen game, and Brady noted the elevated effectiveness of play-action with the Pats getting success on the ground in their third-best rushing game of the season. Bills safety Jordan Poyer admitted afterward that New England coming out in 21 personnel (two running backs and one tight end) to run play-action off it mixed up the Bills defense.

Belichick gave credit to offensive coordinator Josh McDaniels for being creative and finding matchups in a short week. And he also pointed to Brady as a main reason for exploiting those matchups McDaniels creates.

“He was on the money. He was sharp. Again, that’s what we need from everybody this time of year. We’ve got to play like this every week or our season is going to end quickly.”

If the offense wouldn’t breathe a sigh of relief, at least the defense could be honest. The league’s top-ranked unit has heard the criticisms of the offense for the past two months, and for the 12th time this season the defense held its opponent to fewer than 20 points.

“It hasn’t been perfect all year,” Devin McCourtney said, “but you look tonight and our offense brought their ‘A’ game. That’s what I love. In the biggest game of the year everyone came to together and played winning football. We’ll have to do that the rest of the way. Every game we play in now is like a playoff game.”

Said Stephon Gilmore, the odds-on favorite to win Defensive Player of the Year: “That was big seeing those guys run the ball so physically, throw it. A lot of guys stepped up. That’s what it takes this time of the year.”

As I wrote two weeks ago, this offense has had signs of life. They just could never put it together for four quarters against the AFC’s elite. And while Buffalo is a fantastic, playoff-bound team, I would caution against putting them with Baltimore or Kansas City. Dating back to halftime of the Chiefs game in Week 14, the Patriots’s offense has now put together 10 straight quarters of solid, productive football.

And now they’re rounding into form in late December in a playoff atmosphere. They practiced that way in the short week leading up to the game and it showed.

“To see our guys and how we prepared and how we were able to go out and have good practices and string them together and see it translate to the game,” Edelman said, “I’m sure there’s a bunch of stuff that we didn’t do well, but we did enough things well to go out and win the AFC East. It was pretty cool.”