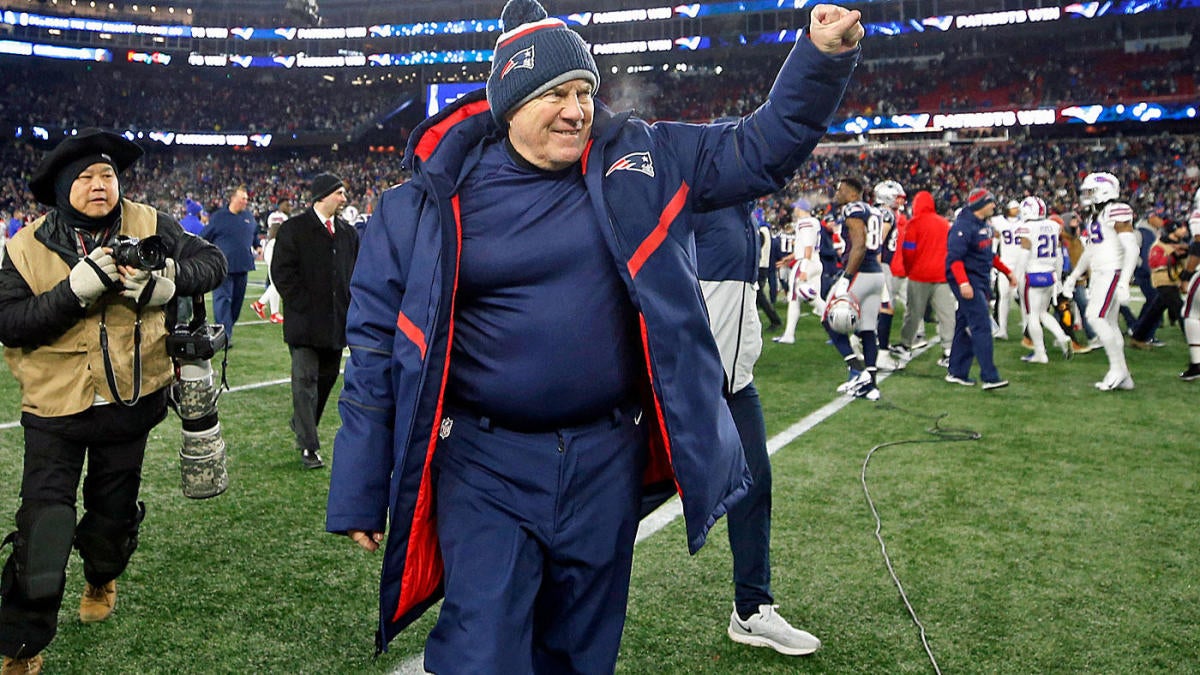 If we learned one thing about the New England Patriots on Saturday, it’s that you should never write off Tom Brady which is actually something all of us should have probably learned at some point over the past 20 years. After struggling for nearly the entire season, Brady and the Patriots offense finally came back to life on Saturday and they did it against one of the best defenses in the NFL in a gutsy 24-17 win over the Bills.

The Patriots said all week they were going to treat Saturday’s showdown like a playoff game, and as the Bills found out, there’s no stopping Brady in the playoffs. Although the 42-year-old quarterback has looked his age for most of the season, Brady channeled his inner-39-year-old against Buffalo in what was easily one of his most impressive performances of the year based on the competition he was going up against.

Going up against a Bills defense that was giving up the third fewest yards in the NFL per game this year, Brady was nearly perfect, completing 26 of 33 passes for 271 yards and a touchdown. After the game, Brady was asked if he thought this offensive performance was extra rewarding given the team’s struggles and due to the fact that it came against such a good defense.

“I don’t think too many of us thought about the season or much,” Brady said. “It was really just one game, and what we needed to do to try to move the ball and score points against a pretty good team.”

The great ones are great because they save their best performances for their biggest games, and that’s what Brady did on Saturday. Although he’s struggled at times this season, what the Bills saw was a rejuvenated Brady who was going to do anything it took to win.

You want Brady the lead blocker? The Bills saw that when Brady helped clear a path for N’Keal Harry on an 18-yard run for the receiver in the second quarter.

That Harry run ended up leading to a field goal by Nick Folk that gave the Patriots a 10-3 lead midway through the second quarter.

You want Brady the QB sneak master? The Bills also got a taste of that in this game when he converted a key third-and-1 with just under 5:40 left to play in the fourth quarter.

Nobody’s better at sneaking for one-yard than Brady and he proved that again in this game.

If Brady hadn’t converted, there’s a chance that Bill Belichick would have kicked the field goal on fourth down. Belichick had already called for a short 20-yard field goal earlier in the game, and kicking at that point would have given New England a 19-17 lead with just five minutes left. Instead, Brady made the decision moot, because he got the first down, which was followed by a Rex Burkhead touchdown just two plays later.

You want Brady doing what he does best? The Bills also saw that. What Brady does best is throwing the ball to Julian Edelman, and although the Patriots receiver ended up missing for more than a quarter of action due to an injury in the second half, the two didn’t miss a beat when he returned. On his first play back, Brady immediately found Edelman for a 30-yard gain.

Despite missing a quarter of the game, Edelman still managed to catch five passes for 72 yards.

It’s no secret that the Patriots offense has been the team’s biggest weakness this year, but if the Patriots have perfected one thing under Belichick, it’s fixing all their problems before the playoffs start. The Patriots have had their flaws over the years, but by the time the postseason rolls around, they’re generally running on all cylinders, which is why they almost always end up playing in the Super Bowl.

“I think it was more balanced than we’ve been, and we ran the ball good and effectively against a really good defense,” Brady said when asked if Saturday’s performance will give the offensive confidence going forward. “So, that’s always good. I think one game doesn’t always necessarily lead to the next, so I think you just have to keep building week-to-week on some things that maybe we did good that worked out, and the things that didn’t, you kind of move on from them.”

The win on Saturday was big for multiple reasons. For one, it’s almost certainly going to give the offense a lot more confidence going forward. The Patriots put up 414 yards, marking the first time since Week 6 that they put up more than 400 yards in a win. The win also clinched the Patriots’ 11th AFC East title in a row, and put New England one step closer toward clinching a first-round bye.

New England has always been the one team you don’t want to bet against in the playoffs, and if Saturday’s game was any indication, that rule is also going to apply to the 2019 version of the Patriots.