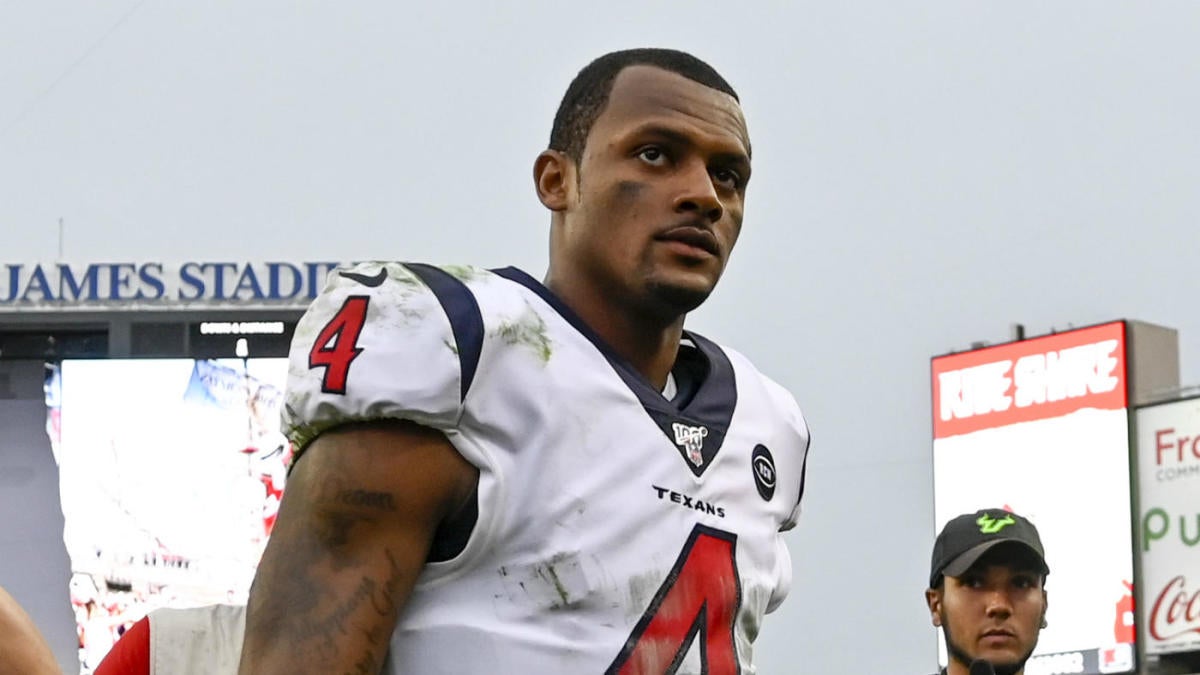 It was a very Jameis Winston Christmas for Houston this year. The Buccaneers quarterback wasn’t battling for a playoff spot or anything, but he might have been trying to become the first member in the NFL 30/30 club, as Jameis took his league-leading 24 interceptions and added a whopping four more to his season total, meaning he’s definitely in play to toss 30 this season.

Now, having said all that, there’s reason to be hopeful if you’re a Bucs fan. Bruce Arians brought some legit energy to this team and Todd Bowles did wonders on the defense, which snuffed out any chance of Houston running the ball — and Houston certainly tried! — on Saturday.

The Bucs could be an interesting playoff sleeper in 2020. But they aren’t in the playoffs this year. The Texans, however, will be. They clinched a playoff berth and the AFC South title on Saturday afternoon, ensuring they cannot finish below the fourth seed. It’s looking like the AFC wild cards will be coming from Buffalo, Pittsburgh and/or Tennessee.

Houston’s a fascinating playoff team — or maybe frustrating is the word? — because they have Deshaun Watson, and he can win any game at any time. But man there are some questionable things the Texans that could lead you to believe they might make a mess of a playoff game, even at home with Watson and DeAndre Hopkins.

The team they’ll likely face is the Buffalo Bills, who stood up to the schoolyard bully and came just short. The Bills had the Pats on the ropes, but so many times as the Pats have done, they held off the rest of the AFC East to win the division title. This one took a little longer than usual, but it’s now 17 of 18 years with a title for Bill Belichick and Tom Brady. Buffalo 2020 anyone?

For the Rams, a very disappointing season comes to an end. Los Angeles could well end up at 9-7 and looking at the playoffs from the outside in, after they were eliminated by the 49ers on Saturday night. Those two 3rd-and-16’s they gave up on the 49ers final drive are probably going to sting for a while.

The Ravens play the Browns in Cleveland on Sunday afternoon.

The Patriots did what the Patriots do, knocking out other AFC East teams. In this particular case, they took care of the Bills at home, even managing to cover in the process! Tom Brady looked pretty sharp in this game, the Patriots ran the ball effectively and Josh McDaniels was really starting to cook with the offense. Now, as Bill Belichick said, next week against Miami is essentially a playoff game because a win guarantees the Pats a bye. So don’t expect them to let up in Week 17. The Chiefs are on their heels.

The Chiefs play the Bears in Chicago on Sunday night.

Houston put the Titans in a corner with a win in Tampa on Sunday, clinching the AFC South yet again under Bill O’Brien. Houston can breathe a sigh of relief, knowing it won’t be in a win/in situation against Tennessee in Week 17. The Texans can still improve their playoff position, but it’s an outside shot of them getting higher the No. 4 seed in the AFC. Still, O’Brien says he intends to play his starters in Week 17, which is, well, something. The Texans were likely going to end up playing the Bills in the wild card round if everything holds (the Pats would need to lose out and Buffalo to win out for the Bills to land somewhere other than the fifth seed).

The Bills put up another valiant effort against New England but couldn’t pull off the upset. As a result, they are just about locked into the No. 5 seed for the playoffs. It’s possible the Titans or Steelers could catch them in terms of record, but the Bills have a head-to-head tiebreaker over both. Landing the fourth seed in the AFC is not going to be a pleasant reward given how well Buffalo is playing right now.

The Steelers are playing the Jets in New Jersey on Sunday afternoon.

7. Tennessee Titans (8-6): The Titans play the Saints at home on Sunday afternoon. They could be missing Derrick Henry and they can only get into the playoffs by virtue of overtaking the Steelers.

8. Cleveland Browns (6-8): The Browns play the Ravens in Cleveland on Sunday afternoon.

9. .Oakland Raiders (6-8): The Raiders play the Chargers in Carson on Sunday afternoon.

Look at the wild swings in the NFC! The 49ers went from the fifth seed to the first seed by virtue of their win over the Rams on Saturday night. It was a close game, a tough game and boy did they need every bit of it to win. Now the 49ers get to go play the Seahawks in Seattle in Week 17, with the division on the line. Even if the Seahawks lose to the Cardinals in Week 16, Seattle would still end up with a tiebreaker over the 49ers (Seattle still will want to win because it wants the No. 1 seed but it’s worth noting). The 49ers have home-field advantage staring down at them, with head-to-head wins over the Packers and Saints already in their pocket.

The Packers play the Vikings in Minnesota on Monday night.

The Saints play the Titans on Sunday afternoon in Tennessee.

The Cowboys play the Eagles in Philadelphia on Sunday afternoon.

The Seahawks play the Cardinals at home on Sunday afternoon.

The Vikings play the Packers in Minnesota on Monday night.

9. Philadelphia Eagles (7-7): The Eagles play the Cowboys on Sunday afternoon in Philadelphia.