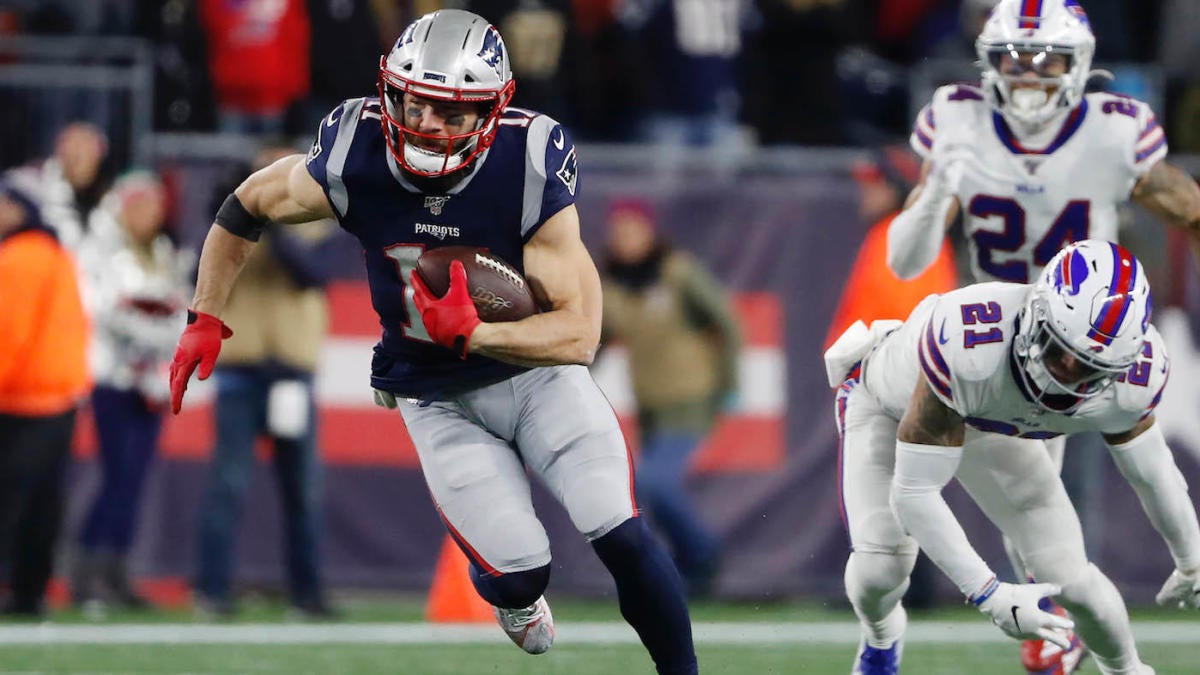 FOXBOROUGH, Mass — Julian Edelman may have acted his way into missing nearly a quarter of action in New England’s AFC East clinching win over the Bills.

At the 10:42 mark in the third quarter, the veteran receiver was flagged for offensive pass interference that nullified a 33-yard touchdown by tight end Ben Watson. Edelman was called for a pick-play on Bills safety Jordan Poyer and stayed down on the field for a noticeable amount of time after the play. He was eventually looked at in the blue medical tent on the sideline, taken to the locker room, and later ruled as questionable to return with a head injury.

“I was trying to sell it,” he said postgame when asked about him laying facedown on the field after the pick play, “And then three flags were literally in my face. So, that sell didn’t work and it got me taken out for a quarter.”

So, you weren’t really injured on the play?

“I’m not getting into it, but there was a lot to the situation,” he said in a very Patriot-like manner.

“Those are tough plays,” he noted of the OPI call. “It’s a bang-bang play. It’s a slant flat. They were in man coverage and you’re trying to set up your guy. Then all the sudden you come off and break off of it and you have that guy right up in your face. You try to protect yourself, and then I saw three flags. Those are tough plays.”

In any event, Edelman returned with 9:01 to play in the fourth quarter after seemingly clearing concussion protocol. He immediately made his presence felt catching a 30-yard pass from Tom Brady on his first snap back on the field. He finished with a team-high five receptions for 72 yards and also hauled in a critical two-point conversion in the fourth quarter to extend New England’s lead by a touchdown.

While Edelman may or may not have (wink, wink) suffered an injury on that specific pick-play in this contest, the receiver is unquestionably banged up. He was limited all week in practice with a knee and shoulder injury and his status was in question heading into this divisional matchup.

“You know, we were having progression and that’s what you look for,” he said when asked if there was ever doubt that he’d play this week. “It’s a championship game, so I don’t think that was ever the case.”

Coupled with this division-clinching win, if the Kansas City Chiefs fall to the Chicago Bears in their Week 16 matchup, New England will have locked up a first-round bye. Even if that happens, it seems unlikely Edelman would elect to take a two-week break and sit out of Week 17.

“I’m going to do what the coaches ask me to do,” he said when asked if he’d sit next week against Miami. “but I get paid to play football so that’s what I’m going to try to do.”