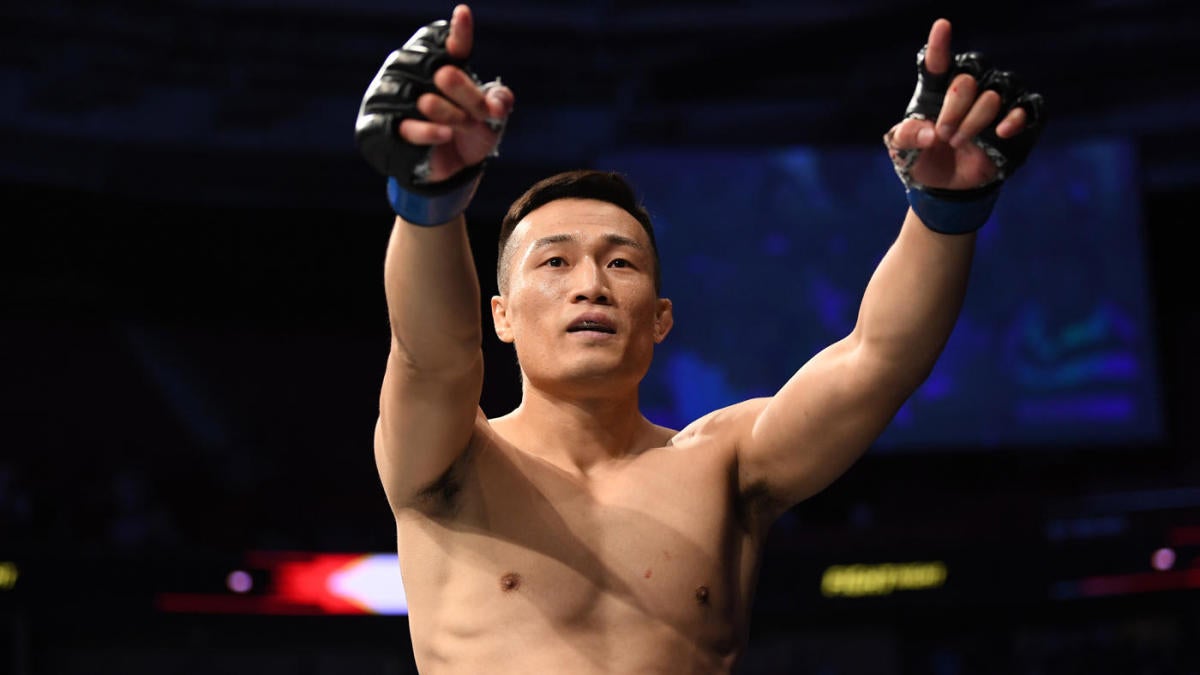 Frankie Edgar’s move to the bantamweight division hasn’t gone all that smoothly, and he hasn’t even stepped into the cage at 135 pounds yet. Edgar was originally scheduled to face Cory Sandhagen on Jan. 25 in North Carolina, but his first appearance in the division was bumped up a month to meet “The Korean Zombie” Chan Sung Jung in Busan, South Korea instead. Regardless of the opponent, Edgar is positioned to fight toward an attempt to be called UFC champion once again.

Since losing the lightweight title in his lone run as a UFC champ, Edgar (22-7-1) has lost four shots at becoming champion once again, including three chances at featherweight gold. Those failures include his most recent fight, a unanimous decision loss to Max Holloway. In his three most recent fights, he has a 1-2 record, his worst run since a three-fight losing skid that began in February 2012.

Jung (15-5) will be fighting in his sixth consecutive main event fight. That note, while exceptional in its own right, comes with an asterisk as it dates back to 2012. That is due to Jung not fighting from August 2013 to February 2017, a result of compulsory military service required of South Korean men. His final fight before the break was a loss to Jose Aldo for the UFC featherweight championship. He returned to action with a knockout win over Dennis Bermudez. Jung would go 3-0 since his return, but suffered a literal last-second knockout loss to Yair Rodriguez in a fight he would have won should he have survived that final second to get to the judges’ scorecards.

Can’t get enough UFC? Subscribe to our podcast — State of Combat with Brian Campbell — where we break down everything you need to know in the Octagon, and be sure to listen to our preview of Edgar vs. Korean Zombie below.

Here’s the fight card for UFC Fight Night 165 with the latest odds from William Hill.

Frankie Edgar vs. Chang Sung Jung: This is a legit scrap on paper, and it seems clear it will be in execution, as well. Edgar will be adjusting to a new weight class, and for the first time may feel like a large fighter for a weight. But there is a lot of wear and tear on Edgar’s body from a long career fighting elite opponents. Jung also benefits from a home-cage advantage, fighting in front of what should be a wildly supportive home crowd. Swinging from a bout in North Carolina to South Korea is a big change for Edgar, even if it wasn’t absolute last-minute. It should be a good fight, but Jung might be able to pull it off in a thriller to end the UFC year. Pick: Jung via UD