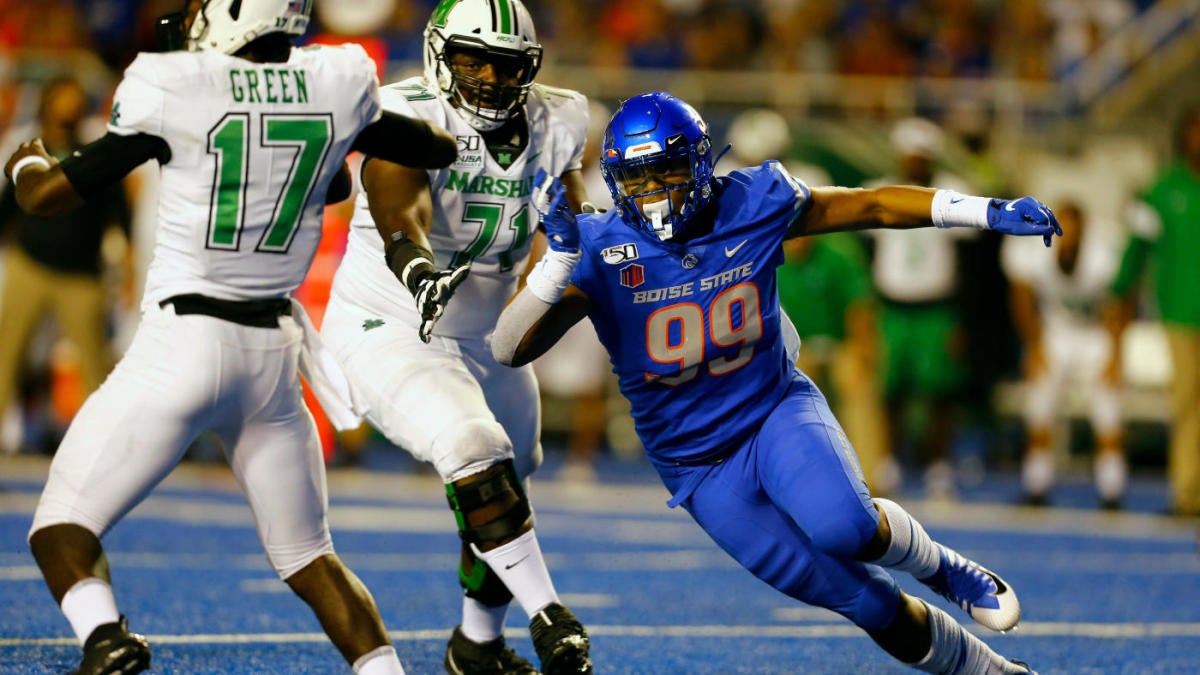 As has been the case over the past few years at Washington, the Huskies are loaded with legitimate NFL talent, and we’ll get to see them against two high-caliber Boise State prospects in the Las Vegas Bowl.

The premier matchup in this one will be Huskies left tackle Trey Adams grappling with Broncos edge defender Curtis Weaver.

Adams has the potential to be an offensive line steal in the 2020 Draft after an injury-plagued career at Washington. Listed at 6-foot-8 and 314 pounds, he’s a mountain of a man with tremendous anchoring ability. He moves relatively well for his size but isn’t a super-agile, zone-blocking scheme tackle. After back-to-back years ending in injury, he’s been healthy in 2019.

We aren’t sure if Eason will declare or return for his final year of eligibility, but after what’s been a somewhat disappointing campaign at Washington, it’d probably be smarter for him to play one more year at the collegiate level. Either way, Eason’s arm stands out in every contest, and once he reaches the NFL, he’ll instantly have one of the strongest arms in the league. However, he’s not particularly poised under pressure and his overall accuracy is shoddy.

Bryant is listed as a tight end but is essentially a large wideout who occasionally plays in line to block. In that area, he’s not brutal but won’t move defensive ends at the next level. As a receiver, he glides down the field after the ball is in his hands and can create separation at the intermediate level. He’s reeled in 52 passes for 825 yards with three scores this season for the Huskies.

A compact center with twitchy movements and an awesomely low center of gravity, Harris is fantastic in the run game, routinely executing combo blocks to pave lanes. His short arms and relative lack of speed will hurt him at the NFL level, but he’s nearly impossible to get underneath and drive back into the quarterback. With three full years of starting experience on the interior, Harris, a true technician, will be a hot commodity early on Day 3 or even Day 2.

Weaver has looked like a first-round pick since his freshman season Boise State, when he tallied 11 sacks and 13 tackles for loss. His production hasn’t really dipped since then, and the 6-3, 265-pounder with a stellar arsenal of pass-rushing moves and awesome bend has 13.5 sacks and 19 tackles for loss this season. Weaver has made it look easy in the Mountain West and will find himself in an outstanding one-on-one matchup with Adams in this bowl game.

A junior college transfer, Hightower averaged 16.3 yards per grab last year and has been a super-dangerous deep threat in 2019 with 923 yards on 48 receptions (19.2 yards per) and eight touchdowns. A natural speedster with great height, Hightower is going to be a favorite of teams looking for a burner on the second or third day of the draft.