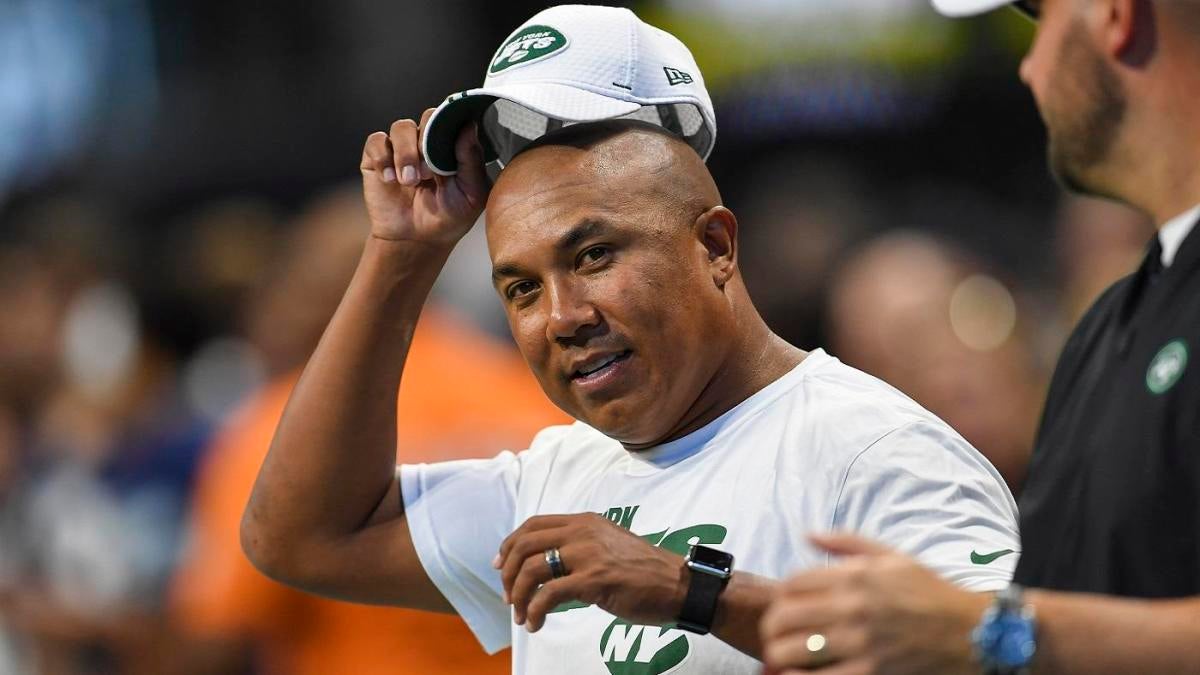 Hines Ward spent 14 years with the Pittsburgh Steelers and helped the franchise win two Super Bowls, including being named MVP of Pittsburgh’s Super Bowl XL win over Seattle. Now Ward, who is an offensive assistant for the New York Jets, wants to beat his old team in the worst way.

If the Jets defeat the Steelers on Sunday (1 p.m. ET on CBS), Ward is asking for the Jets to give him a Gatorade shower.

“It will be special for me, but I’m a competitive guy,” Ward told reporters on Friday. “I want to win. I want to beat the Steelers as much as anybody in this building, trust me. I’m telling my guys, ‘You have to win this for me.’ I want the Gatorade shower and all that if we win.”

Ward was selected by the Steelers in the third round of the 1998 NFL Draft, and is the Steelers all-time franchise leader in receptions, receiving yards and receiving touchdowns.

“It’s kind of weird,” Ward added. “I played my entire career there. Having people [in] the staff department, they want to go out to dinner [Saturday], things like that. It’s Christmas weekend in New York City, so everybody wants to come in.”

The Jets just hired Ward as an offensive assistant for Adam Gase’s staff back in September after a coaching internship. Ward has received quite a few ticket requests and expects a big contingent of the Steelers fan base to be in attendance at MetLife Stadium.

Ward and the Jets are fresh off a road game against the Baltimore Ravens, who are one of the Steelers’ rivals in the AFC North. The four-time Pro Bowler revealed that he didn’t exactly receive a warm welcome at MT&T Bank Stadium.

It certainly would quite the accomplishment for the young Jets if they’re able to come away with a win over the Steelers. Pittsburgh is coming off a tough 17-10 loss to the Buffalo Bills and is battling for one of the AFC’s Wild Card playoff spots.