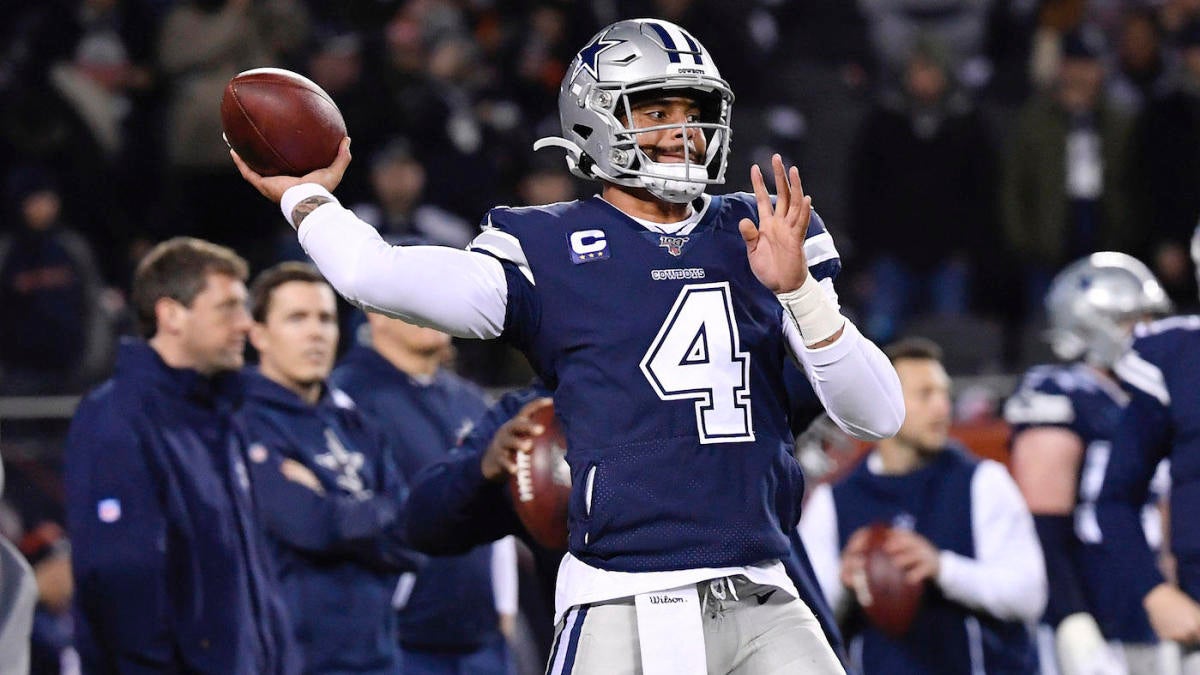 Dak Prescott has yet to miss a game due to injury during his four-year NFL career. And despite a lingering shoulder injury, the Cowboys‘ No. 1 quarterback will be under center when Dallas travels to face Philadelphia on Sunday in a game with major playoff implications.

Prescott did not appear on the team’s Friday injury report after being limited throughout the week with a shoulder injury. Specifically, Prescott sustained a sprained AC joint during the first quarter of the Cowboys’ blowout victory over the Rams last Sunday. Despite the injury, Prescott never left the game, going 15 of 23 for 212 yards with two touchdowns in Dallas’ 44-21 win.

After an MRI earlier this week showed no structural damage to Prescott’s shoulder, Cowboys owner Jerry Jones calmed the team’s fanbase Thursday when he said that he expected Prescott to face the Eagles in a game that may determine which team wins the NFC East title while getting an automatic ticket to the playoffs in the process.

“I think we’re in good shape,” Jones said during an appearance on 105.3 the Fan. “We’re not worried about it.”

Despite missing a significant amount of practice time, Cowboys tight end Jason Witten does not expect Prescott to have any discord with the rest of the offense.

“He’s communicating when we’re in meetings,” Witten said, via ESPN’s Todd Archer. “We’re talking a lot, he runs the meetings this afternoon, does it all week. I think he’s been above and beyond in all of those aspects. It’s just those 35, 40 passes you throw in a week you’re not getting from, him but he’s constantly communicating, so I don’t think that’s an issue.”

While Lamar Jackson is a near lock to capture the league’s MVP award, Prescott did garner some of his own MVP buzz earlier this season while helping the Cowboys win six of their first ten games. And while Prescott continued to put up numbers during Dallas’ three-game losing streak, the Cowboys’ lack of recent success has all but ended Prescott’s bid at becoming the first Cowboys player since Emmitt Smith (in 1993) to win the league’s highest regular season honor.

That being said, Prescott — who was also one of the NFL‘s biggest Pro Bowl snubs this season — can still make his mark on the regular season by leading the Cowboys to victory in Sunday’s game against Philadelphia. Prescott, who went 21 of 27 for 239 yards and a touchdown in Dallas’ Week 7 win over the Eagles, will face a Philadelphia defense that is 18th in the league in passing yards allowed and 23rd in passing touchdowns allowed. And while the Eagles boast one of the NFL’s best run and third down defenses, they have had issues defending a short field, as Philadelphia’s defense is 24th in the NFL in red zone defense entering Sunday’s game.

For Prescott, Sunday’s game is not only an opportunity to lock up his third division title in four years, it would also serve as the exclamation point for what has been his best regular season to date.

“This is what you play the game for,” Prescott said this week when asked about Sunday’s game. “When I was a little boy and dreamed about being the quarterback of the Dallas Cowboys, this is the situation you thought about being in and excited for this moment, this opportunity for our team.”