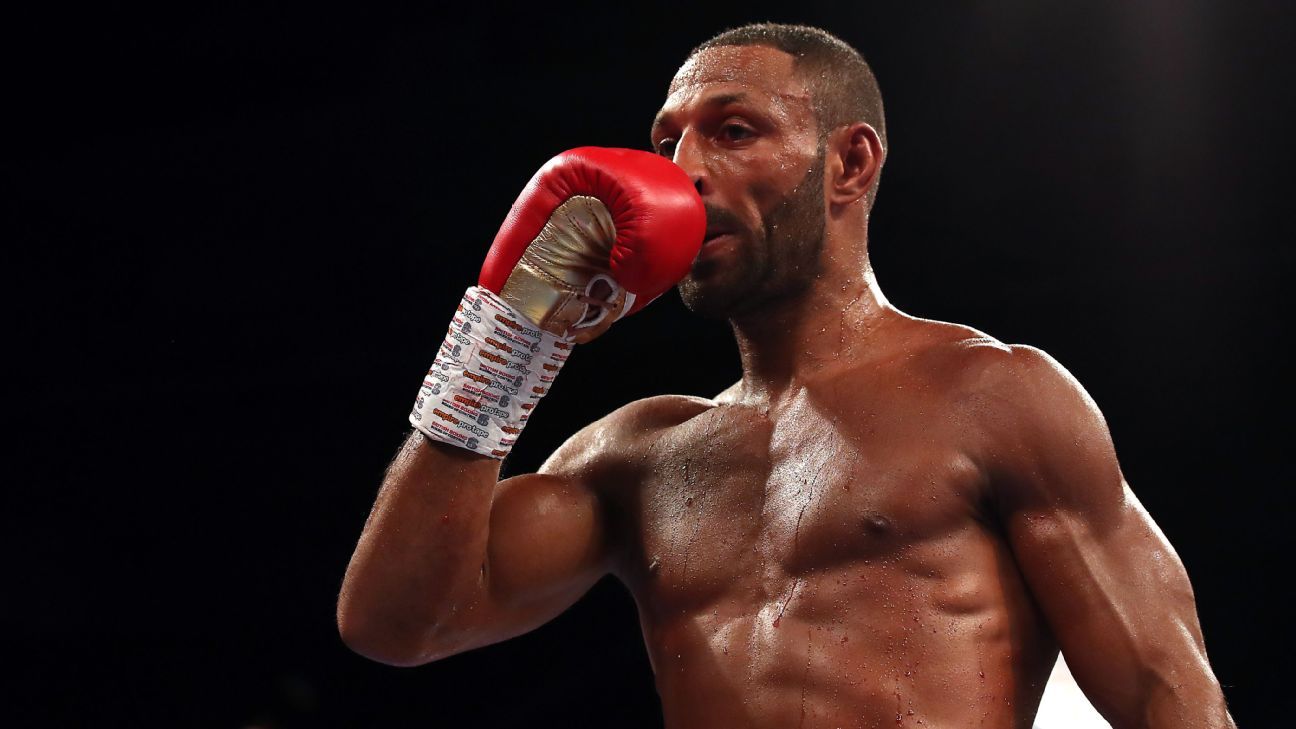 Former welterweight world titlist Kell Brook will end a 14-month layoff when he returns to the ring on Feb. 8.

Brook will take on Mark DeLuca in a 12-round junior middleweight fight at the FlyDSA Arena (DAZN) in Brook’s hometown of Sheffield, England, Matchroom Boxing promoter Eddie Hearn announced on Friday.

“I’m so happy to be back and I can’t wait to put on a performance for my city on Feb. 8,” Brook said. “I’ve had a year out, there has been some dark times, but what I’ve realized is I love this sport and I know I have some of my biggest years left in the game. DeLuca is a strong, gutsy fighter who is always ready for war, but I’m planning on putting on a statement and showing the world that I’m still a force at 154 or 147 pounds.”

Brook (38-2, 26 KOs), 33, has not boxed since he handily outpointed Australia’s Michael Zerafa in a junior middleweight fight on Dec. 8, 2018, also in Sheffield. For his return, Brook is now being trained by Dominic Ingle.

Since being stopped in back-to-back fights challenging then-middleweight titlist Gennadiy Golovkin in 2016 and losing his welterweight belt to Errol Spence Jr. in 2017, Brook has moved up to junior middleweight and fought just twice, a second-round knockout of Sergey Rabchenko and the win over Zerafa.

There had been much discussion about Brook facing rival Amir Khan, and they were close to a deal more than once but could never agree.

DeLuca (24-1, 13 KOs), 31, a southpaw from Whitman, Massachusetts, has won three fights in a row but is taking an enormous step up in competition level.

In the co-feature, featherweights Kid Galahad and Claudio Marrero will meet in a title elimination bout to determine the mandatory challenger for world titlist Josh Warrington.

Galahad (26-1, 15 KOs), 29, of England, lost a split decision challenging Warrington for his 126-pound title in June. Marrero (24-3, 17 KOs), 30, of the Dominican Republic, is a former interim featherweight titlist coming off a decision win over contender Eduardo Ramirez in June.

“Every opponent at this level has to be respected, and that’s what I’ll do,” Galahad said. “He’s a game kid in a life-changing fight, similar to me. So it will be a tough night, but I’ll prepare fully. “I’ve had many people believe I won the fight with Warrington, but what’s written in the record books is what counts. I’ll focus fully on Marrero now, and then if and when we get through that, I’ll look to right the wrongs of the [Warrington] fight. Let’s hope Josh sticks around to take the rematch, as many of his own fans and neutrals came out saying he didn’t do enough to have his arm raised the first night.”