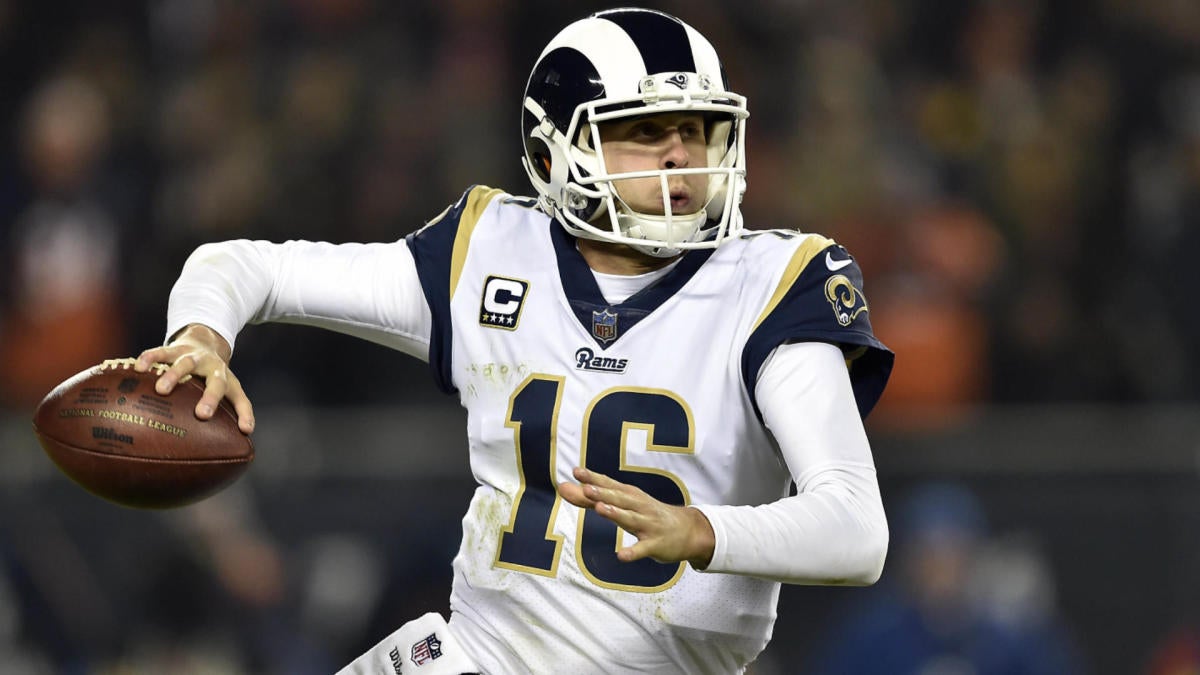 With a spot in the playoffs already secured, the San Francisco 49ers aim for loftier goals when they face the Los Angeles Rams on Saturday in their final home game of the regular season. Kickoff from Levi’s Stadium is set for 8:15 p.m. ET. The 49ers (11-3) clinched their first postseason berth since 2013 last Sunday despite suffering a last-second 29-22 home loss to Atlanta. San Francisco, which is 5-1 against the spread in its last six versus teams with a winning record, qualified with Los Angeles’ loss to Dallas and can earn the No. 1 seed in the NFC by ending the campaign with a pair of victories.

San Francisco is a 6.5-point favorite and the over-under for total points scored is 44.5 in the latest 49ers vs. Rams odds after the total opened at 46. Before locking in any Rams vs. 49ers picks or NFL predictions, make sure you see what SportsLine expert Tom Fornelli has to say.

A CBS Sports writer since 2010, the entertaining Fornelli is a consistent winner when it comes to against-the-spread and over-under NFL picks. And he has had a particularly keen eye for the 49ers, hitting on his last 11 picks involving San Francisco. Anyone who has followed him is way up.

Now, Fornelli has locked in on 49ers vs. Rams from every angle and released another confident against-the-spread pick that is available only at SportsLine. See it right now. Here are the NFL odds and trends for Niners vs. Rams:

Fornelli knows the Niners are looking to sweep the season series after posting a 20-7 victory at Los Angeles in Week 6. Quarterback Jimmy Garoppolo threw for 243 yards and ran for a touchdown, while Tevin Coleman also scored on the ground as San Francisco limited the Rams to 157 total yards.

Garoppolo had been playing well prior to the loss to the Falcons, registering a quarterback rating of 110 or better in six of his previous seven games. The 28-year-old product of Eastern Illinois has thrown a touchdown pass in eight straight contests, recording four on three occasions while totaling 19 in that span. Garoppolo needs 55 passing yards to become the fifth player in 49ers history with 3,500 in a season. He has made two career starts against the Rams, completing 44-of-66 pass attempts for 535 yards and two touchdowns en route to a pair of victories.

Still, San Francisco isn’t assured of covering the Niners vs. Rams spread against a Los Angeles team that is fighting for its playoff life.

The Rams are hoping for a strong performance from Jared Goff, who is expected to be under center despite suffering a hand contusion last week. The fourth-year quarterback is fourth in the NFL with 3,996 passing yards.

Los Angeles also needs a better effort on the ground after amassing a total of 22 rushing yards against the Cowboys. Todd Gurley accounted for 20 of them, but ran for a touchdown and caught a scoring pass, giving him four TDs in his last three games.

Fornelli is leaning under the total, but his much-stronger play is on the spread. He’s found a critical x-factor that makes one side of the spread hit hard on Saturday. He’s sharing what it is, and who to back, only at SportsLine.

Who wins Rams vs. 49ers? And what critical x-factor makes one side of the spread a must-back? Visit SportsLine now to see which side of the Rams vs. 49ers spread you should be all over Saturday, all from the football expert who has hit 11 straight picks involving San Francisco.