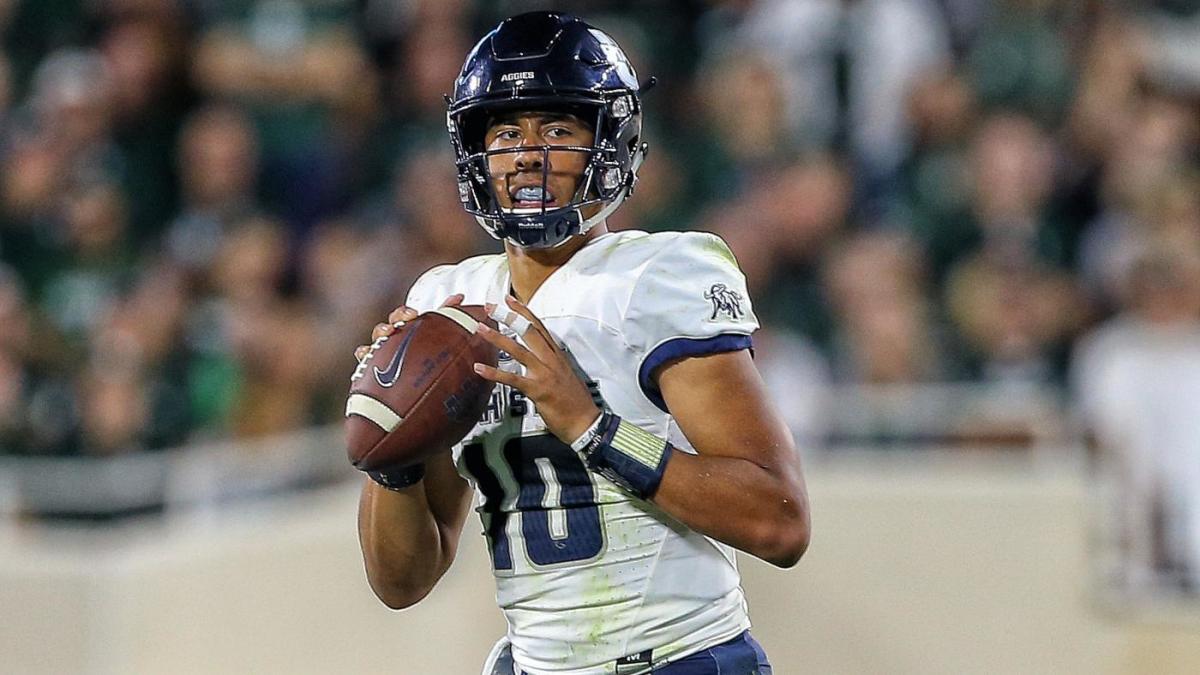 The college football bowl season brings some interesting matchups and this is one of them. The Golden Flashes out of the Mid-American Conference meet the Aggies of the Mountain West Conference. Kent State has previously appeared in three bowl games dating back to 1954 and lost each of them. Meanwhile, their competitor is playing in their eighth bowl game over the past nine years.

There are a handful of potential NFL prospects to know and CBS Sports has you covered. You can read more about this matchup and get our expert picks on the game right here.

The Golden Flashes do not have any immediate NFL Draft prospects, according to an NFL talent evaluator. For the sake of this feature, the spotlight will be shone on senior cornerback Jamal Parker, who was named to the All-MAC second team. Parker is a bit undersized at 5-foot-7 but he has great ball skills. Over the course of his career, the New Jersey native has accumulated nine interceptions. Parker is best suited as a potential nickelback with return ability. As a prospect in his position, it is important to be able to offer special teams contributions.

Junior quarterback Jordan Love declared for the 2020 NFL Draft on Dec. 10. The quarterback is an intriguing prospect for NFL teams. The California native has thrown 17 touchdowns and 16 interceptions this season. It is a stark decline from the 32:6 TD:INT ratio he carried in 2018.

There is a lot to love — pun definitely intended — about the quarterback. He has a big body and a cannon for an arm. Love possesses the ability to throw from different arm angles and is mobile enough to get chunk yardage on the ground. Those traits alone will have scouts digging deep into his potential. However, his frustrations with losing were obvious this season. There are bad decisions, and then there are plays where it simply looks as if he does not care. The LSU game was a perfect example. He had no business making this throw.

In the same game, he makes some “wow” plays downfield with beautiful touch. NFL coaches are supremely confident in their ability to enhance strengths and refine weaknesses. The Aggie will be gone before Day 2 ends, at the latest.

Junior linebacker David Woodward is also an intriguing prospect. He does a good job of getting off blocks, which naturally frees him up to make other plays. There are times when he looks really fluid in his movement and other times he looks a bit stiff. Utah State’s game against LSU was an opportunity for him to stand out against better competition and, frankly, he did not. Here is an example of the senior linebacker making a heads up-play:

His upside is Day 2 but it would also not surprise me if he were still on the board when the fourth round begins.

Senior running back Gerold Bright and senior edge rusher Tipa Galeai are two other names to know. Bright, a former wide receiver, offers versatility but raw running skills. Galeai is a small player but flashes potential from time to time. Other times, he completely disappears.