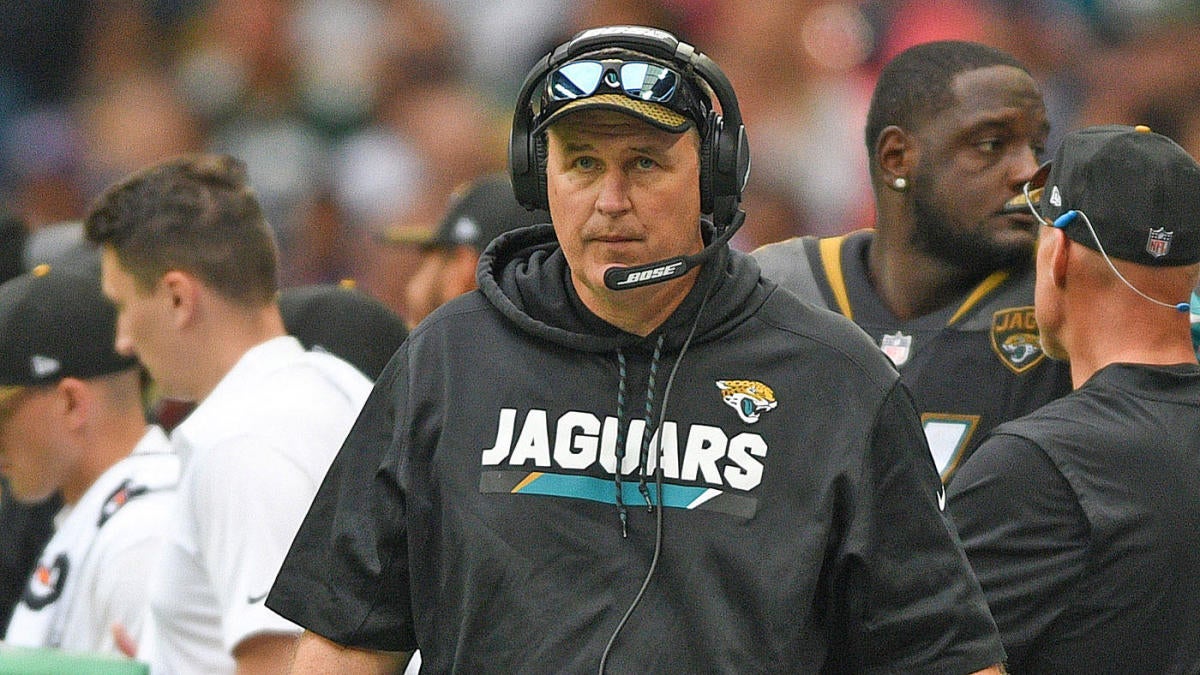 Doug Marrone may not be the head coach of the Jacksonville Jaguars much longer, considering many believe he was tied at the hip to recently-fired Executive Vice President of Football Operations Tom Coughlin, but as long as Marrone has his current post, he’ll continue to do the job Jacksonville hired him for.

“I’m working on trying to win these games,” Marrone said on his Thursday press conference, via NFL.com. “Obviously, I’m disappointed. I know that I’m judged by wins and losses. … I know it’s always tough to write when a team’s not winning and I put that on myself. I take a lot of pride in being a good leader and being able to win football games and obviously I haven’t won enough.”

The Jaguars came into the season with revamped expectations after signing Nick Foles to a four year, $88 million deal to be their quarterback, only having Foles break his collarbone in Week 1 of the season and missing two months. This was a team that was only one year removed from nearly winning the AFC Championship. Foles started three games after his return in November before being benched for sixth-round pick Gardner Minshew, who has completed 62.1 percent of his passes for three touchdowns and no interceptions in his two starts. Minshew has completed 61.3 percent of his passes for 2,795 yards with 17 touchdowns and five interceptions in 12 games.

The Jaguars have a quarterback dilemma with Foles and Minshew, but that is just one of their problems. Jacksonville is 23rd in the league in points allowed (25.2) and 24th in yards allowed (372.4). The offense averages just 17.9 points (27th in NFL) and leads the league in penalties (8.8) and penalty yards a game (78.7). Jacksonville’s run defense is 31st in yards per carry allowed (5.1) and 29th in yards allowed (140.1) — further proving the team as a lot of work to do if they are to reach the AFC Championship Game (which they accomplished in 2017).

Marrone is 21-27 in four seasons as the Jaguars coach, but 2-1 in the playoffs. he’s not worried about his job security, no matter how dim his future may seem.

“I really just stay in this moment and try to do the best job I can and keep fighting. I am where I am today, I believe this, because I’ve always just kept fighting and stayed focused,” Marrone said. “I think that I’ve always held my head up high knowing I did the best job I can and I will always continue to do that as long as I’m in the position I’m in, whatever position it may be.”