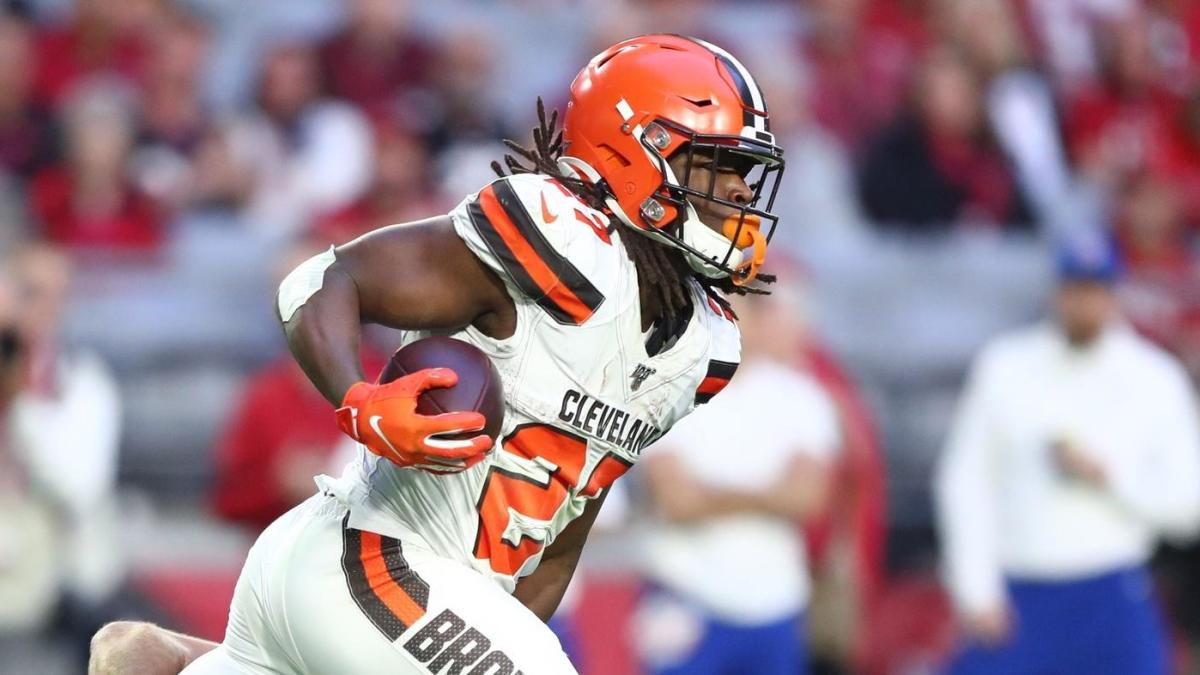 Baker Mayfield has no problem with Kareem Hunt calling out the Cleveland Browns earlier this week accusing some players of “taking plays off” following the team’s loss to the Arizona Cardinals Sunday. The Browns didn’t give up when they were eliminated from postseason contention late last year, and even though they aren’t technically eliminated from the playoffs yet, Mayfield doesn’t expect this year’s version of the Browns to give up either.

“In regards to Kareem’s comments, Kareem has been in a place in Kansas City that knows how to win, so his level and his standard of accountability for everybody to do their job is very high,” Mayfield said, via May Kay Cabot of Cleveland.com. “That’s the type of guy you want to bring in here.

“I don’t think it was anything personal to anybody, but Kareem, bringing him in was a huge part for us raising the standards. We want that. We want guys to be able to have accountability. It does not need to just come from me all the time.”

The Browns season has not gone the way they planned after all the talent they acquired this offseason, having a 6-8 record after 14 games with a fractured locker room and a head coach in Freddie Kitchens that may be on his way out. Cleveland faced a similar situation last year when the Browns had outside hope for a playoff spot heading into Week 16, only to be eliminated before their game that Sunday. The Browns beat the Cincinnati Bengals before falling by two points to the Baltimore Ravens in Week 17 of the 2018 season.

These last two games for the Browns will see which players are “all in” and who fits with the culture Mayfield wants to establish in Cleveland. That’s why the message needed to be repeated, even if it’s from another player.

“It’s about finishing out the right way,” Mayfield said. “If we’re not doing it the right way, it is a waste of time. We don’t need to be wasting our time right now. You only get so many opportunities to go out there and show what you can do. We need to get better.”