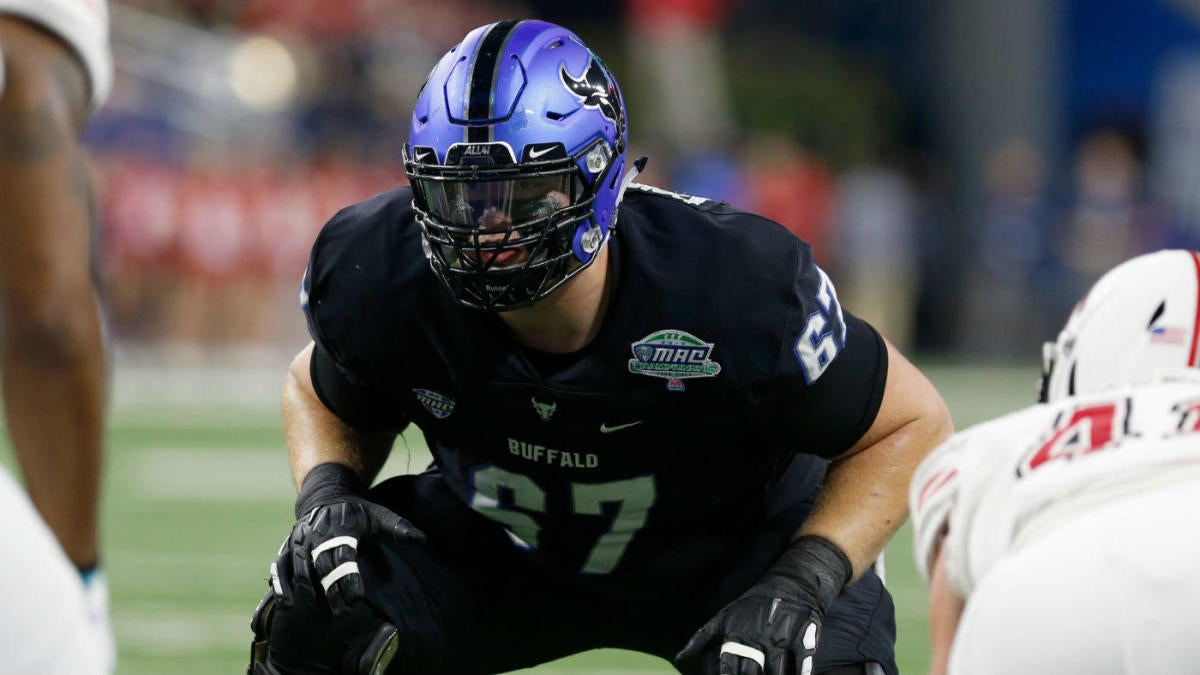 The glorious time of the year that is bowl season kicks off with the Buffalo Bulls and Charlotte 49ers clashing in the Bahamas Bowl on December 20, and there are two draftable prospects in this one who just so happen to be set to battle all evening in the trenches.

Ksiezarczyk is a 6-foot-6, 311-pound offensive lineman with two full years of starting experience at left tackle. He’s far from being a fine athlete for the position by NFL standards, but he uses his length well and has demonstrated the ability to keep his feet moving in any direction once he latches on. Ksiezarczyk isn’t a deft mover in the run game and has some problems with counter moves, yet earlier in the season he did a respectable job against Yetur Gross-Matos and the rest of the Penn State defensive line although his performance wasn’t dominant. He’s on the draftable radar and received an invite to the East-West Shrine Game.

Highsmith came into the year as the most hyped prospect for the 49ers, and he delivered with 21.5 tackles for loss and 15 sacks in the regular season. At 6-foot-4 and 242 pounds, he’s a smaller rusher who consistently wins at the point of attack with his dynamic first step and a nasty dip underneath the tackle. Highsmith is adequately strong too and did flash some counter moves — like a spin — this season. He gave Clemson some problems on the outside early in the season and finished that game with three tackles and a sack.