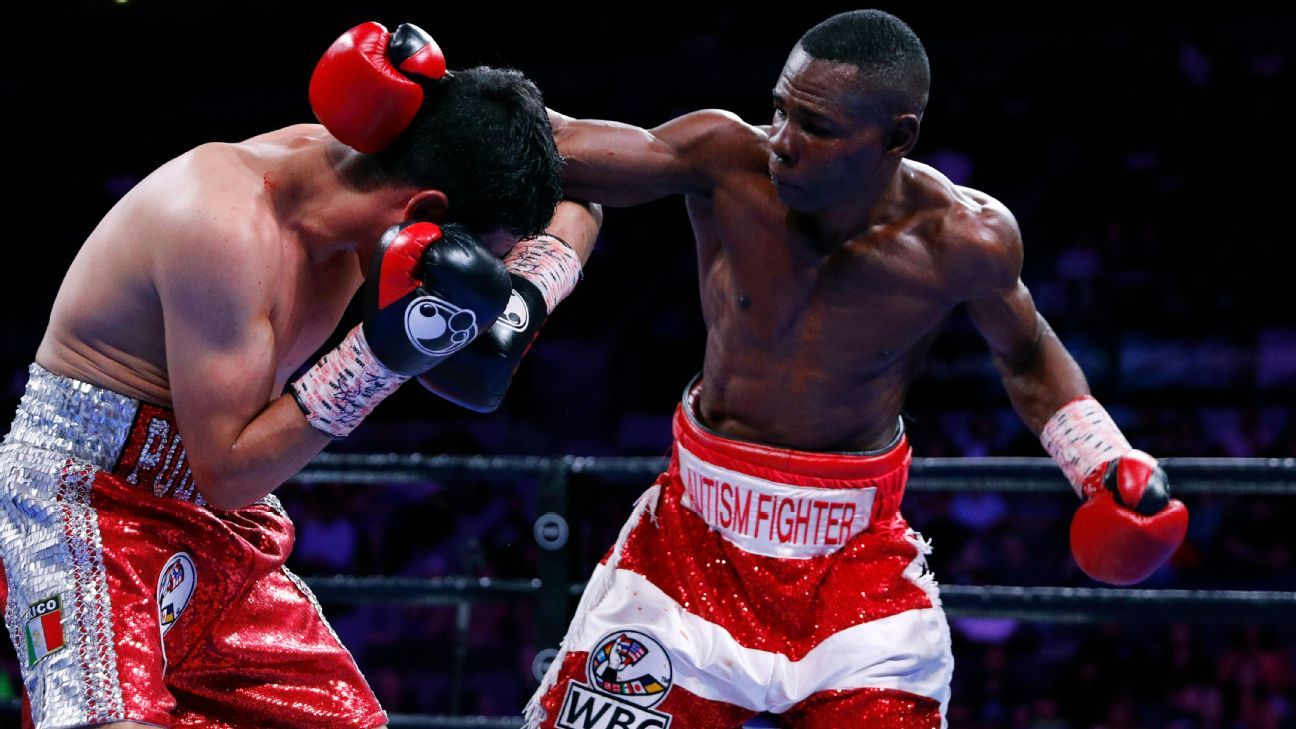 Lineal junior featherweight world champion Guillermo Rigondeaux, who planned to move down to the bantamweight division to fight for a title, will have to wait.

He was due to fight as a bantamweight for the first time in his career against former junior bantamweight world titlist Liborio Solis, with a vacant secondary 118-pound belt on the line on Saturday (Fox and Fox Deportes, 8 p.m. ET) in the Premier Boxing Champions co-feature at the Toyota Arena in Ontario, California.

However, the fight was postponed Tuesday. Tom Brown of TGB Promotions, which is promoting the card, said the bout was called off because Solis had yet to get a visa and would not be able to make it to the site in time.

With Rigondeaux-Solis off, PBC announced that an eight-round lightweight fight between 2016 U.S. Olympian Karlos Balderas (9-0, 8 KOs), 23, of Santa Maria, California, and Rene Tellez Giron (13-1, 7 KOs), 20, of Mexico, would move up the card and serve as the opener for the televised tripleheader.

Junior middleweight world titlist Tony Harrison and former titleholder Jermell Charlo meet in a rematch of Harrison’s title-winning decision victory in the main event in December 2018. Unbeaten heavyweight prospect Efe Ajagba, a 2016 Nigerian Olympian, will take on Iago Kiladze in the 10-round co-feature.