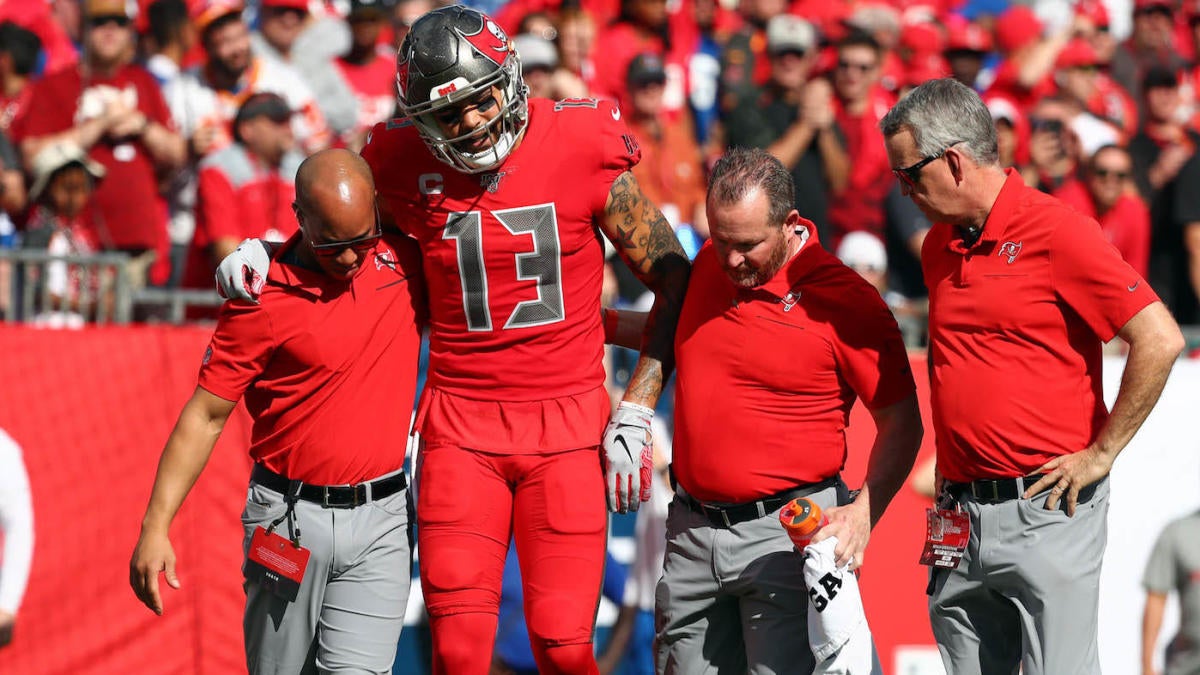 The Tampa Bay Buccaneers have placed star receiver Mike Evans on injured reserve on Wednesday, putting a close to his 2019 season after suffering a hamstring injury against the Colts in Week 14. In addition to Evans, the team has also placed safety Jordan Whitehead on IR and have promoted receiver Spencer Schnell to the active roster.

Evans’ injury came during a 61-yard touchdowns pass from Jameis Winston late in the first quarter of that Week 14 win over Indianapolis. He was ruled out for the remainder of that contest and didn’t play in Tampa’s Week 15 win over Detroit. Evans finishes 2019 with 67 receptions for 1,157 yards and eight touchdowns through 13 games played.

His loss, along with the latest blow to fellow receiver Chris Godwin, does leave the Bucs passing game strapped for weapons for Winston over the final two weeks. Breshad Perriman did fill Evans’ shoes admirably in Week 15, however, catching five of his six targets for 113 yards and three touchdowns.

From a fantasy perspective: If you lost either Evans or Godwin due to these injuries, Perriman has been dubbed a priority add by CBS Sports senior fantasy writer Jamey Eisenberg and is “a borderline must-start receiver in all leagues against the Texans.”

As for Schnell, he’ll likely factor in to the passing game rotation, but may not be a candidate for you to roster in season-long leagues. Really, he’d be a shot in the dark play in DFS. That said, the rookie out of Illinois State did impress in the preseason, catching seven passes for 119 yards.