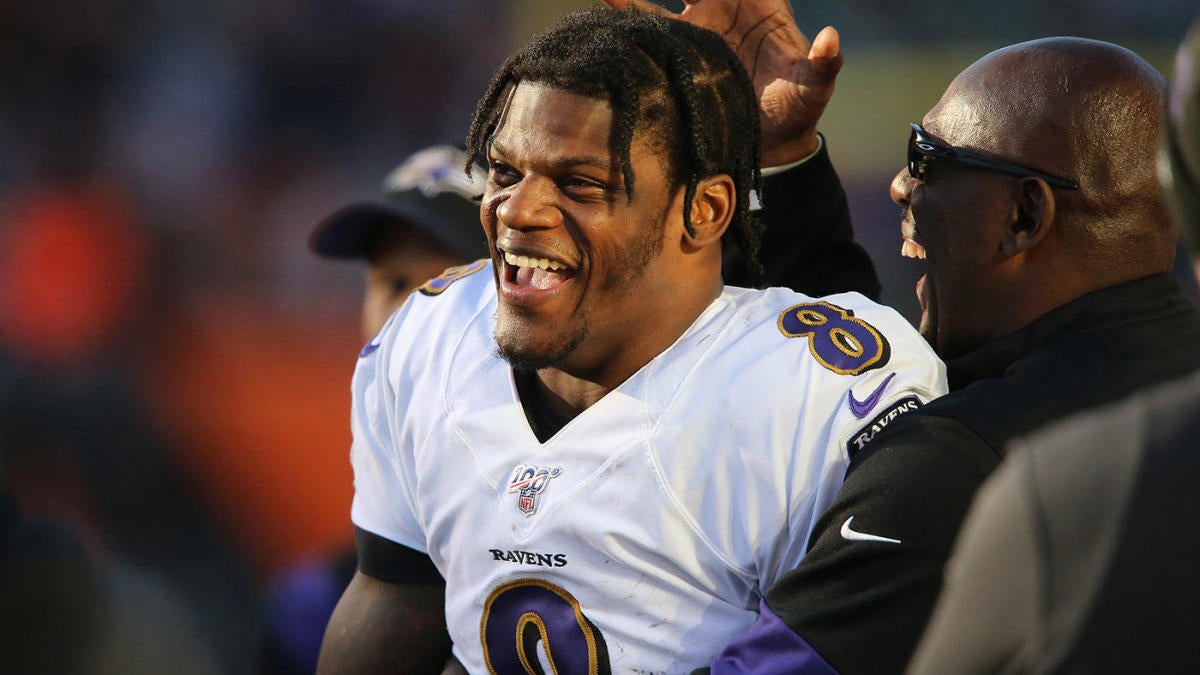 After a dominating performance against the Jets in Week 15 that included five touchdown passes, the NFL rewarded Ravens quarterback Lamar Jackson on Wednesday by naming him the AFC’s offensive player of the week.

Brady pulled off the feat back in 2007 in a season where he led the Patriots to a 16-0 finish. Newton then followed him up eight years later when he won the award five times during the Panthers‘ 15-1 season in 2015. Based on how the 2019 season is going, there’s a good chance Jackson is going to join those two quarterbacks in another category: MVP winner.

Jackson basically cemented the MVP win during the Ravens’ 42-21 win over the Jets. Not only did Jackson throw five touchdown passes in a game for the third time this season, but he also rushed for 86 yards, which allowed him to break Michael Vick’s single-season record for more rushing yards by a quarterback. Vick finished the 2006 season with 1,039 rushing yards and Jackson now has 1,103 with two games left to play.

As for Jackson, he also received another honor this week: On Tuesday, he became the first Ravens quarterback in franchise history to be voted to the Pro Bowl. Jackson was one of 12 selections for the Ravens, who set the record for most players voted to a Pro Bowl.

Jackson has totaled 40 touchdowns this season, with 33 of those coming through the air and seven of them coming on the ground. If he throws just one touchdown pass against the Browns on Sunday, Jackson will set the Ravens franchise record for most touchdown passes in a season.