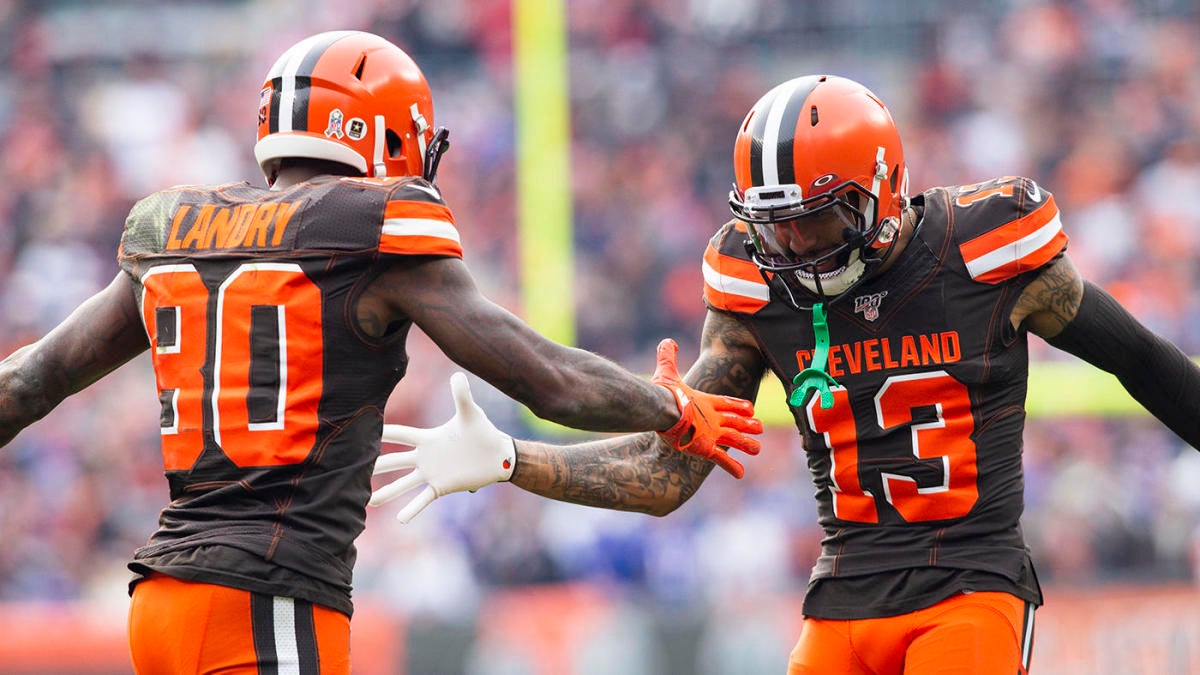 With the NFL season heading into Week 16, it’s definitely safe to say at this point that the Cleveland Browns haven’t quite lived up to expectations this year.

After adding multiple players during the offseason, including Odell Beckham, fans in Cleveland were pretty confident that this would finally be the season where the Browns would end their 17-year playoff drought. However, all hopes of a playoff berth quickly went down the drain after the team shot off to a 2-6 start. As a matter of fact, things have gotten so bad in Cleveland this year that multiple Browns players have apparently decided they don’t even want to play for the team anymore, and it seems that they’ve also lost all faith in first-year coach Freddie Kitchens.

At this point, it seems like it would take a Christmas miracle to fix things in Cleveland, but the crazy thing is, there could be one coming. Although the Browns are 6-8, they haven’t been eliminated from the playoff race yet, which means, yup, there’s still a chance the Browns could end up in the postseason.

The Browns chances of getting to the postseason are sitting at roughly 1% right now, but a chance is a chance. There’s only one scenario where the Browns could end up in the playoffs and we’re going to lay it out below.

Here’s everything that needs to happen over the final two weeks for the Browns to get to the playoffs.

Can all this happen? Of all things on this list, the only one that seems completely far-fetched is the Browns beating the Ravens. Not only are the Ravens going to be out for revenge after losing to the Browns earlier this season, but Baltimore will be extra motivated to win because a victory over the Browns would lock up the top seed in the AFC. The Steelers-Jets game is being played in New York, where the Jets have already beaten the Cowboys, so a win for New York there is somewhat realistic, and if you don’t want to take my word for it, just look at the Vegas odds: The Steelers are only favored to win by three (The Colts and Saints are both favored to win in Week 16).

Can all this happen? Now, this is where things get interesting. If the Browns beat Baltimore in Week 16, which has to happen for Cleveland’s playoff hopes to stay alive, then the Ravens definitely won’t be resting any starters in Week 17, so they’ll definitely be favored to beat the Steelers. The Browns, Texans and Colts would also likely be favored to win their games, which means the Browns getting into the playoffs is somewhat plausible if you think they can beat the Ravens in Week 16.

If all this DOES happen over the final two weeks of the season, here’s what the AFC playoff field would look like in our crazy scenario:

Note: In the scenario above, we have the Patriots finishing as the third seed, because that’s way better plot line, since it would give us Bill Belichick coaching against the team that fired him in 1995. If the Patriots win out and finish 13-3, then the Browns would be more likely to face the Chiefs in the wild-card round.