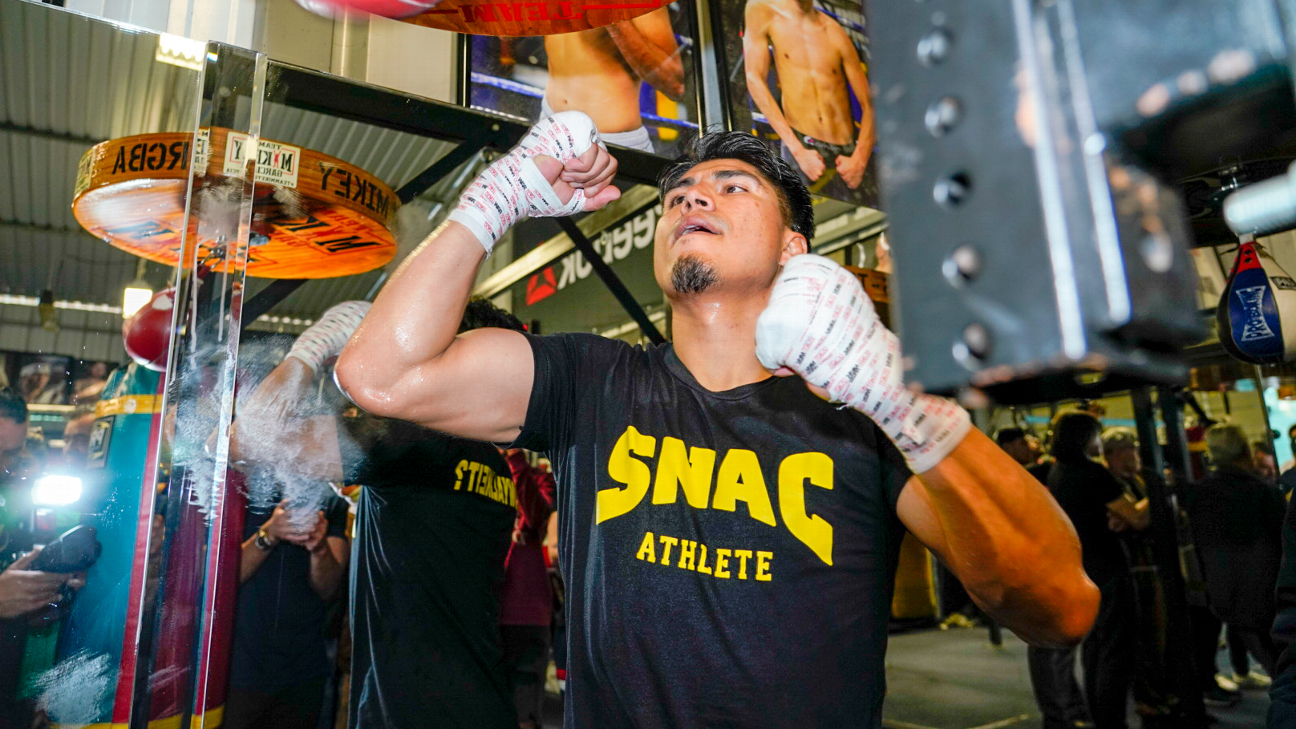 The fight had been rumored for weeks, and on Sunday it became clearer it would happen when Garcia announced on his 32nd birthday that he had signed with Hearn, who also promotes Vargas, and would fight on Feb. 29 (DAZN).

The 12-round welterweight fight will take place at the Ford Center at The Star, the training facility of the Dallas Cowboys, in Frisco, Texas, which has hosted only three previous boxing events.

“I’m very happy to announce my next fight against Jessie on Feb. 29 in Texas, live on DAZN,” Garcia said. “I believe our styles are going to make for a great battle and the fans are going to be in for a real treat.”

Garcia (39-1, 30 KOs), of Moreno Valley, California, who has won world titles at featherweight, junior lightweight, lightweight and junior welterweight, will fight not far from where he had his previous bout and most disappointing performance. That was on March 16 at AT&T Stadium, the home of the Cowboys, in Arlington, Texas, where he jumped up two weight classes to challenge the much bigger welterweight world titleholder Errol Spence Jr. and lost a shutout decision before a crowd of 47,525 in the main event of the first-ever Fox Sports pay-per-view card.

“It’s the biggest challenge for me, coming back after a long layoff, my last performance — horrible performance. I lost my fight,” Garcia said, addressing the media in Los Angeles at a news conference to announce the fight. “There’s a lot of questions. So I want to be able to answer those questions with this kind of fight. That’s why we agreed on fighting Jessie Vargas. He’s gonna get the best out of me, and I think I will bring the best out of him.

“I got big plans. He’s got big plans. Those are all the elements that make this such a great fight. I’m happy to be able to get back in the ring. There’s a lot more of Mikey Garcia that I want to deliver. This is the beginning of the next stage. A lot of times, fighters are counted out after a loss. It’s really what you do after that that gives that exclamation mark in your career and that’s what I plan on doing. I’m gonna bounce back and show everybody there’s much more to accomplish, a lot more to deliver.”

To make the fight, Garcia has left Premier Boxing Champions to sign with Hearn for what sources have said is a one-fight deal, with Hearn retaining the right to match any offer for his next fight.

Vargas (29-2-2, 11 KOs), 30, of Las Vegas, who has won belts at junior welterweight and welterweight, fought to back-to-back draws in 2018 against Adrien Broner and Thomas Dulorme before knocking out former lightweight titlist Humberto Soto in the sixth round on April 26.

Vargas faced Soto at 150 pounds in what he thought would be his first fight on his way to being a full-fledged 154-pound junior middleweight. But the lure of a fight with a major name in Garcia convinced him to fight another 147-pound bout.

“It’s a big fight for fight fans. It’s one people have wanted for a long time now,” Vargas said. “We are giving them what they want to see. It’s going to be a great showdown.

“He’s a warrior and so am I. We both always go for the win and do anything possible to get it. I really believe in myself and my abilities. It’s one of the fights that will generate a lot of attention and it’s the perfect time to shine and show that I am here to stay. I need to show that I am going to be a world champion again and this is the perfect fight to show that.”

Hearn said he envisions the fight being similar to a legendary pairing of Hall of Famers Marco Antonio Barrera and Erik Morales, who fought one of boxing’s most memorable trilogies between 2000 and 2004.

“This fight has all the makings of a Barrera versus Morales type war where the styles should jell brilliantly for a real classic,” Hearn said. “I want to thank Jerry Jones and his team for his support for this great event. Get ready for a huge fight and huge card at Ford Center in February.”

Jones, the Cowboys’ owner, is a noted boxing fan and has made a point to have boxing be part of the roster of events he brings to his arenas.

“It gives us great pride to host another superior boxing match of this caliber with Mikey Garcia and Jessie Vargas,” Jones said. “Showcasing two of the best welterweight boxing superstars, our fans and the entire North Texas region will get to experience another incredible event here at Ford Center.”