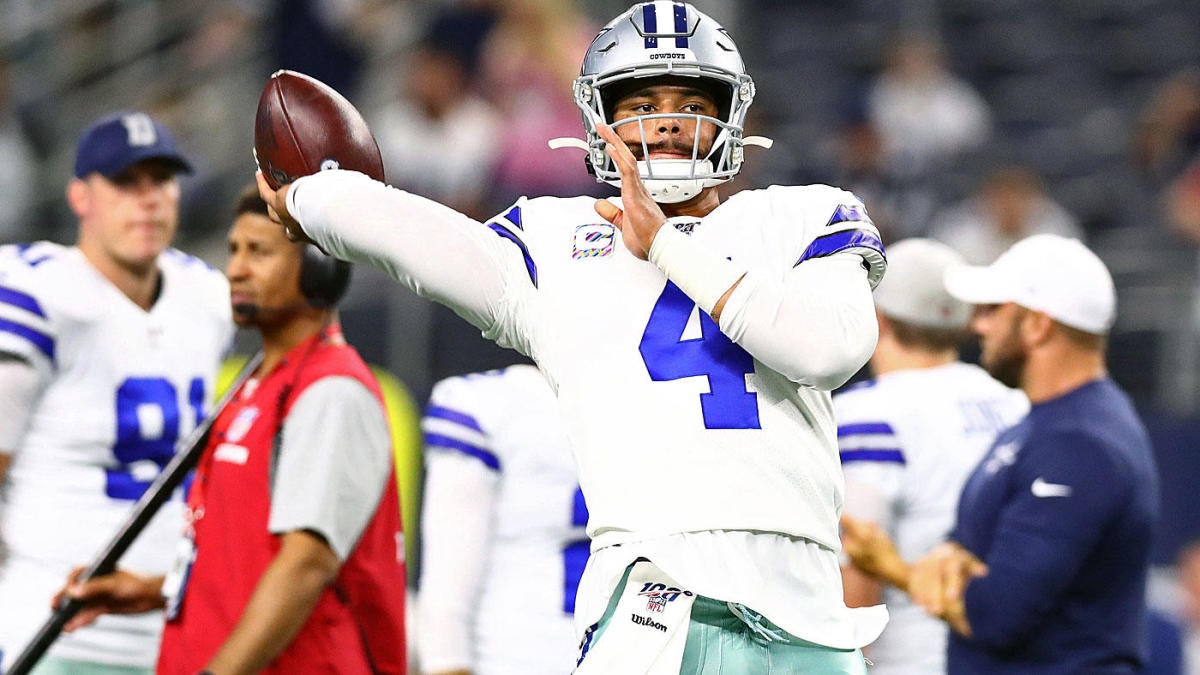 In a game that isn’t lacking for headlines whatsoever, the Dallas Cowboys just tossed yet another onto the pile ahead of their all-or-nothing battle with the Philadelphia Eagles. Dak Prescott was key in helping to lead his team to a much-needed win in Week 15, dismantling the Los Angeles Rams at AT&T Stadium, but he didn’t leave the game unscathed.

Prescott entered the contest battling a finger injury that has led to speculation on if the digit is fractured or not, but a source tells me it is not. That’s good news for the Cowboys, but it’s still something he’ll have to play through again in Week 16, and now he’s nursing an injury to his shoulder, to boot. Prescott suffered the shoulder ailment on a seven-yard run on the Cowboys’ second possession against the Rams, but was never removed from the game because of it, and an MRI done this week shows no structural damage.

Head coach Jason Garrett described it as simply being “banged up,” but the team will take the added precaution of limiting him in practice to start the week. The expectation remains Prescott will take the field against the Eagles, and Doug Pederson knows it.

“He’s not gonna miss this game, so it doesn’t affect our preparation at all,” Pederson told media on Wednesday.

It’s still something to keep an eye on, however, considering it is Prescott’s throwing shoulder.

Additionally, All-Pro left tackle Tyron Smith will sit out practice on Wednesday due to his eye being closed, but the injury isn’t football-related. Garrett loosely labeled the issue as a stye, and if so, Smith should be able to have it cleared up before Sunday rolls around.

In a must-win for both the Cowboys and Eagles, both teams are nursing injury at key positions. The latter moved rotational linebacker Kamu Grugier-Hill to injured reserve this week with a back injury, and the former lost a backup LB of their own when Luke Gifford was moved to IR with a fractured arm suffered against the Rams. With Gifford now sidelined and fellow backup Joe Thomas nursing a knee injury — while Sean Lee remains limited in practice with a thigh and pec issue — the Cowboys signed ex-Super Bowl MVP Malcolm Smith this week, and he’s expected to be ramped up to participate in Philadelphia.

Former first-round pick Leighton Vander Esch remains out with issues stemming from a neck stinger and, as I reported last week, sources tell me the Cowboys don’t expect him to return in 2019 — but remain hopeful he can. The more concerning of all the Cowboys ailments are the ones dealing with Prescott, but the team isn’t much worried at all, a separate source confirmed to me on Wednesday. Prescott has never missed a game in his four-year NFL career, and that streak won’t end in Week 16.

The only question will be how effective he can or cannot be because of it.