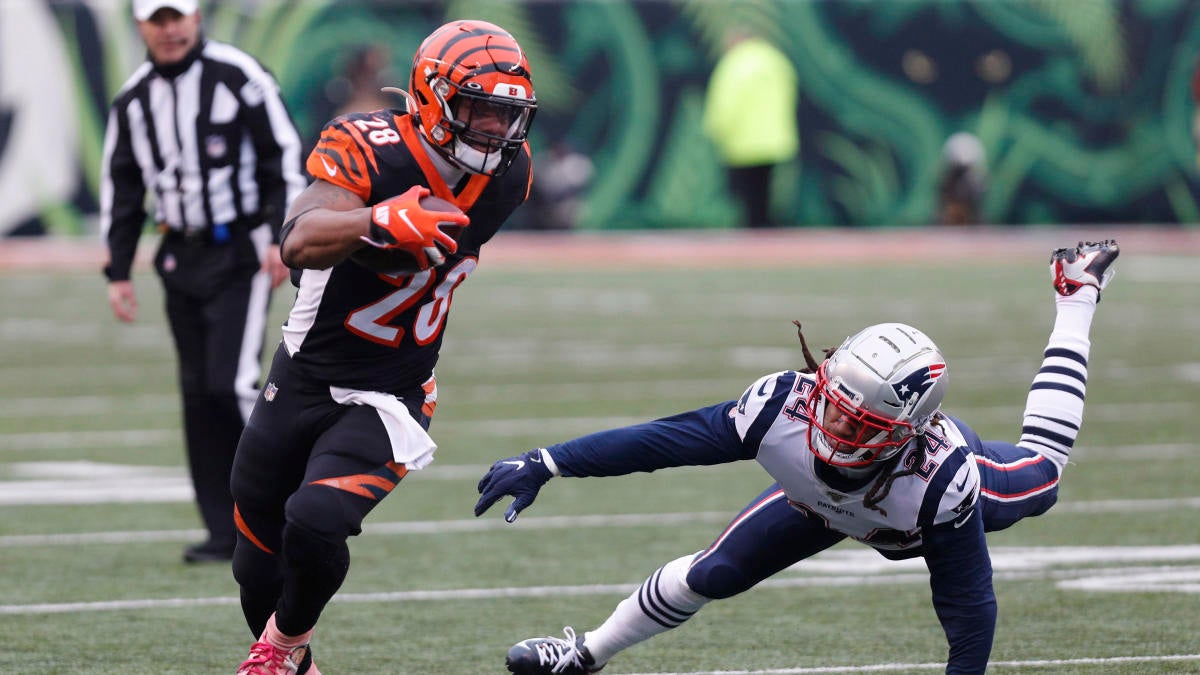 Cincinnati Bengals running back Joe Mixon did not get the win over Tom Brady and the New England Patriots on Sunday, but he did get to meet the QB after the game. Mixon was so excited about meeting No. 12 that he tweeted about the encounter after the game.

“Bruh.. I still can’t believe I shook [Tom Brady’s] hand today and had a lil conversation with him. I ain’t gone lie I wanted to ask for his jersey but was too scared to ask,” Mixon wrote.

Can you blame him for being nervous to ask for the jersey? I’m sure a lot of other players can relate to this interaction when it comes to Brady and other top players in the league.

Brady of course gets a lot of mentions on social media, but he saw the Mixon tweet and responded with a compliment and a gift.

Mixon, who had a stellar game against one of the league’s top defenses, obviously got the attention of Brady during the game as well. The 23-year-old RB clocked 136 rushing yards on 25 carries and three catches for 20 yards.

After Brady responded to him and acknowledged his performance, Mixon said he was at a loss for words.

Mixon, who is 19 years younger than Brady, was just five years old when the future Hall of Famer won his first Super Bowl, so he likely does not remember an NFL without him.

After a few minutes of trying to find some words to describe how he felt about it all, Mixon said it made his year. He also said a No. 28 jersey was on its way to Foxboro for TB12.

Brady knows this feeling, because way back when, a very very long time ago, the now-old man QB was just a young kid trying to make it in the league.

“I understand kind of how it goes. You see these guys playing on TV and then you meet them, and it’s surreal,” Brady said on WEEI. “I’ve been around Joe Montana and Steve Young and Jerry Rice and Brett Favre, some of the greats, and I feel the same way about them. So, it’s just part of our nature.”

In the league, there is of course competition, but Brady noted that there is always a base of admiration for others.

“The NFL has a camaraderie, and for as hard as we play and as violent as the game is, there’s a lot of respect that you really find in contact sports, because you realize the level of commitment and dedication that it takes,” he said.