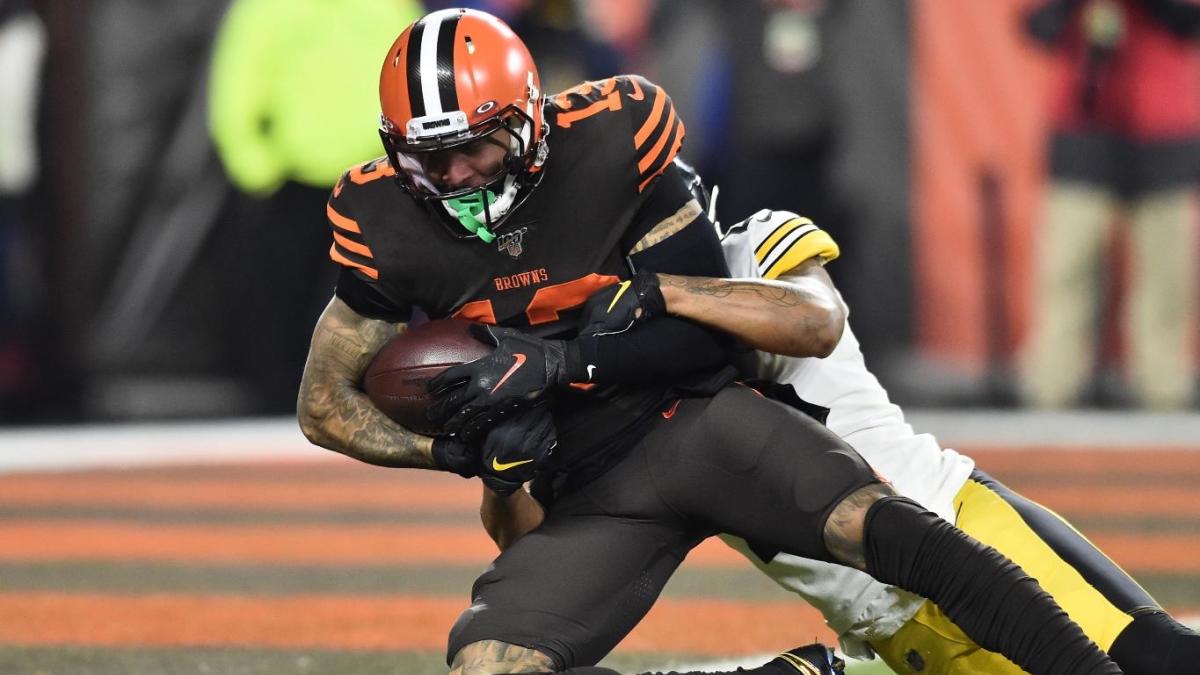 Add the Pittsburgh Steelers to the list of teams Odell Beckham Jr. would reportedly like to play for in 2020. On Monday, NFL Network’s Aditi Kinkhabwala said on 92.3 The Fan that Beckham, as he has reportedly done with members of three other organizations this season, told a member of the Steelers that he would like them to “come get me” this offseason.

“I spoke to a Steelers’ player who Odell did say that to before the game against the Steelers,” Kinkhabwala said of Beckham, who, according to CBS NFL Insider Jason La Canfora, will not request a trade this offseason despite his reported interest in joining other teams.

Beckham, who has apparently been dealing with a lower-body injury throughout the season, has failed to produce the numbers many expected him to produce when he was traded from the Giants to the Browns this offseason. While he is just 90 yards shy of his fifth career 1,000-yard receiving season, Beckham has caught just 67 of 121 targets and has totaled just two touchdowns for the Browns, who are 6-8 and nearing the end of a highly disappointing season.

While Beckham may want to play in Pittsburgh, here’s five reasons why that will most likely not happen.

The Steelers have limited cap space

Pittsburgh is expected to have just $6.1 million in cap space in 2020, the fourth-lowest total in the NFL, according to Spotrac. That alone will make it nearly impossible to acquire Beckham, whose current contract commands $56 million in base salary over the next four years. With the salary cap expected to be in the neighborhood of $200 million next season, the Dolphins, Colts, Buccaneers, Bills, and Cowboys are the teams that are expected to have the most cap space this upcoming offseason and would all likely have a better shot at acquiring Beckham via trade — should the Browns offer — than the Steelers.

Pittsburgh has other financial priorities

While Antonio Brown and Le’Veon Bell’s 2019 departures allow the Steelers more money moving forward, Pittsburgh will likely spend that money on players that already on the team. The team is expected to offer third-year wideout JuJu Smith-Schuster a lucrative-longterm deal this offseason despite Smith-Schuster’s injury-marred 2019 season. The Steelers also need to keep money available for T.J. Watt, who will most likely see his fifth-year option picked up this offseason. Pittsburgh will likely also try to keep outside linebacker (and former first-round pick) Bud Dupree, who is enjoying a career year with 9.5 sacks, 13 tackles for loss, four forced fumbles and two fumble recoveries. Dupree is slated to be an unrestricted free agent this offseason.

Cornerback Mike Hilton and starting offensive lineman Matt Feiler are slated to become restricted free agents while starting defensive lineman Javon Hargrave is slated to enter free agency. And while the Steelers will likely wait to see how James Conner performs in 2020, they may also decide to offer him a long-term deal during the following offseason.

The Steelers don’t have much to offer

Pittsburgh already traded away next year’s first-round pick in the deal that got them safety Minkah Fitzpatrick, who immediately helped turn the Steelers’ defense into one of the league’s best (he will also likely be in line for a big payday in 2021). Pittsburgh is also currently without a third-round pick after trading that pick to Denver in order to move up in the 2019 draft to acquire linebacker Devin Bush (the Steelers are hoping to get a 2020 third-round compensatory pick after losing Bell in free agency this past offseason). The Steelers are also without a fifth-round pick after trading that pick to Seattle in September in exchange for tight end Nick Vannett.

The Steelers also don’t have an attractive trade piece to send Cleveland’s way. If Antonio Brown or a player of Brown’s stature (that the tea would be willing to part with) was still on the team, this could have some legs. But with limited draft picks and no tangible trade pieces they are willing to part with, the Steelers wouldn’t be able to match what the Browns would likely expect.

Kevin Colbert, the first general manager in Steelers history, has drafted a slew of future productive NFL receivers since coming to Pittsburgh in 2000. Among those receivers includes Plaxico Burress (2000), Antwaan Randle El (2002), Santonio Holmes (2006), Mike Wallace (2009), Emmanuel Sanders (2010), Antonio Brown (2010), Martavis Bryant (2014), and Smith-Schuster (2017). While it’s too early to project the futures of Johnson and Washington, both players have shown tremendous promise in 2019 and are expected to be the team’s second and third wideouts opposite Smith-Schuster in 2020.

The Steelers prefer to draft young receivers, then decide whether or not to lock them up long-term after watching them develop into Pro Bowl level players. Their way of doing business has largely worked for them during Colbert’s time in Pittsburgh, and it’s the way they’ll likely do business as long as Colbert is their GM.

While the Steelers will likely be in the market for a veteran wideout to add productivity and professionalism to a young receiving corps, Pittsburgh will likely go after a less-heralded, more affordable veteran receiver rather than a player of Beckham’s caliber and price range. Pittsburgh will also likely draft a receiver, as Colbert usually picks at least one wideout via the draft each year.

As long as the Steelers are among the most popular teams in the NFL, there always be some type of news and narratives surrounding the team. That being said, news regarding the Steelers — outside of the Myles Garrett-Mason Rudolph Week 11 incident — has been extremely quiet this season and relatively drama-free, a far cry from what had been the case during the previous several seasons.

Most of the “drama” surrounding Pittsburgh this season has been centered on football-related topics, like why the Steelers didn’t run the ball more against the Bills and (Mike Tomlin addressed that during his weekly press conference) who will be Pittsburgh’s starting quarterback for this Sunday’s game against the Jets (Tomlin also addressed that on Tuesday, stating that Devlin Hodges will get a chance to make up for his rocky performance against the Bills).

It’s safe to say that the lack of drama surrounding the Steelers this season has contributed to the team’s surprising success this season despite the offseason losses of Brown and Bell and the in-season injuries to Ben Roethlisberger, Smith-Schuster, James Conner and defensive lineman Stephon Tuitt, among others. The Steelers clearly don’t want to increase their chances of adding drama to their locker room, something that would surely happen if Beckham somehow ended up in Pittsburgh.