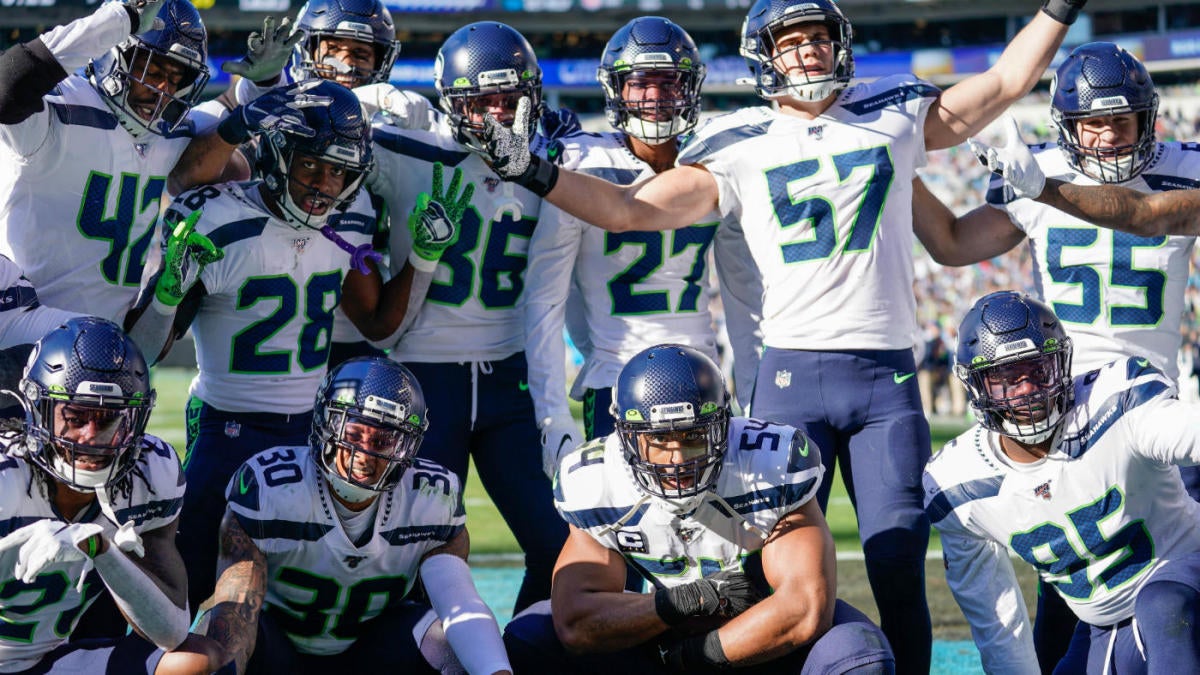 The NFC playoff race, in terms of seeding, is going to be insane. Right now we basically know five of the six teams who will be in the postseason, barring some kind of miracle from the Rams, who fell to 8-6 on Sunday. The sixth team will either be the Eagles or the Cowboys.

And how those five teams shake out in terms of seeding is anyone’s guess. The Cowboys or Eagles are locked into the fourth spot. Whoever comes out of the NFC East will host a wild-card game, either as a .500 team or a barely-above .500 team.

Week 15 is in the books and there’s a lot to go over. Fortunately Will Brinson, John Breech, Ryan Wilson and Sean Wagner-McGough are here to break everything down on the Pick Six Podcast. Listen below and be sure to subscribe right here for daily NFL goodness fired into your eardrums.

Make sure to check out our full breakdown of the 2019 NFL playoff picture here.

The Ravens smashed the Jets on Thursday evening, with Lamar Jackson running roughshod over New York and essentially cementing his MVP case for good. The Ravens have a 1.5-game lead over the Patriots and the Chiefs, so one more win essentially clinches the first overall seed for them. The Ravens also clinched the AFC North with their win Thursday, which means they’ll be hosting a playoff game no matter what happens the next two weeks and could actually end up sitting their starters against the Steelers in Week 17, which would potentially help their rival get into the playoffs.

The Patriots stumbled out of the gate against the Bengals and were trailing near halftime. But an Andy Dalton pick-six put them far enough ahead of the Bengals that Cincy wasn’t coming back. New England won handily and now is in a good spot to cinch up the AFC East with Buffalo coming to town. If Buffalo wants to win the division, however, it needs the Patriots to actually lose twice, so it could be asking a lot here. More realistically, they need to fight off the Chiefs from stalking them for the No. 2 seed. New England would lose the tiebreaker over the Chiefs.

The Chiefs snuffed out the Broncos in the snow, giving them a very realistic shot of catching the Patriots and getting a bye. Unfortunately they need the Pats to lose once in their last two games and New England does not regularly lose home games to divisional opponents. The Chiefs also want to try and hold onto their No. 3 seed so they could sneak out a second home playoff game if the Texans get hot and advance deep in the playoffs. The Texans have the tiebreaker over the Chiefs.

Houston answered the bell in a big way on Sunday by taking down the Titans on the road, likely securing the AFC South title with a win over the Titans. They’ll now have the division tiebreaker over the Titans no matter what happens in Week 17 (Houston is 4-1 in the division, while Tennessee is 2-3). Obviously the Texans need to win next week against Tampa first, but they’re in very good shape for the playoffs now with just one more divisional game, at home against the Titans in Week 17.

The Bills are headed back to the playoffs for the second time under Sean McDermott! It’s a really impressive job by him turning this team around. The Bills can still win the AFC East, but they’ll need the Dolphins to take down the Patriots in Week 17 as well as earn a victory in Foxborough coming this week.

The Steelers lost a tough one to the Bills at home on Sunday night, which now makes their playoff hopes much more difficult. They’re still the sixth seed by virtue of their conference record (6-4) beating out the Titans’ (6-5). It’s very possible they could end up losing a strength of victory tiebreaker to the Titans if it comes down to that — if the Steelers lose to the Ravens in Week 17 and the Titans lose to the Saints, it looks like the Steelers would be the odd man out. But if Pittsburgh wins out, they’re still in the postseason.

7. Tennessee Titans (8-6): The Titans couldn’t convert a big chance to steal back the division with a home game against the Texans on Sunday and now are in an uphill battle to make the playoffs.

8. Cleveland Browns (6-8): How is this team still alive? They got embarrassed by the Cardinals on the road. Get them out of here already.

9. .Oakland Raiders (6-8): Crippling way to close out the team’s time in Oakland, with a loss to the Jaguars.

The Seahawks won their tenth one-score game on Sunday, beating Carolina in a game that wasn’t really that close. The offense was clicking early and the defense played OK without a bunch of key players starting. San Francisco losing to Atlanta was huge for Seattle, with the Seahawks jumping from fifth to first when Julio Jones was ruled to have crossed the goal line. The Seahawks have actually been better on the road this year, but they would love to have homefield advantage throughout the playoffs. The Seahawks currently have the tiebreaker over the 49ers with their head-to-head win, but the two teams meet again in Week 17. Both teams are 3-1 in the division with the 49ers getting the Rams at home in Week 16 and the Seahawks playing Arizona at home. The Seahawks clinched their playoff berth when the Rams lost in Dallas. Seattle is ahead of Green Bay based on their common game tiebreaker (4-0 to Green Bay’s 2-2).

The Packers haven’t had any interest in blowing out bad teams lately, although maybe the Bears deserve more credit. Mitchell Trubisky tried to steal this one, but the Packers clinched with their win and the Rams’ loss. Green Bay is in very good shape for the division: they would need to lose to the Vikings and Lions in order for Minnesota to steal the NFC North, because the Packers have a two-game lead in the divisional record tiebreaker.

The Saints hammered the Colts on Monday night, setting themselves up nicely to make a run at the Packers and Seahawks at the top of the NFC. They’re one of a handful of teams who can get the No. 1 seed and Drew Brees is starting to get rolling on offense over the last few games. There are some injuries on defense here, but this team has all the tools to win the Super Bowl.

The Cowboys finally bounced back after a rough few weeks and won a big game, taking down the Rams in impressive fashion at home. But everything hinges on Week 16. If they beat the Eagles, they win the division. If the Eagles beat Dallas in Philadelphia next week and win in Week 17, the Cowboys would miss the playoffs. If the team that showed up today comes to Philly, the Cowboys could be getting a little warm going into the playoffs. If the bad Cowboys show up, something else will be warm, namely a certain coach’s seat.

Everything was looking great for the 49ers right up until the Falcons stormed through the back door and stole the game on a last-second Julio Jones touchdown. The Niners stumbled from the top overall spot in the NFC to the No. 5 spot, now needing to beat the Rams and probably the Seahawks in the last two weeks if they want to win the division. The Seahawks have the tiebreaker over the 49ers based on their head-to-head victory. Both teams are 3-1 in the division right now — if they each win in Week 16, the Week 17 game will be for the division title and possibly home field advantage throughout the playoffs.

The Vikings didn’t seal up any playoff berth, but they hammered the Chargers and put themselves in a great spot to make the dance. Minnesota should lock up a berth with either win over the Packers at home in Week 16 or with a Rams loss to the 49ers. The Vikings are going to need help from the Packers in the form of a Week 17 loss to the Lions if they want to steal the division however.

7. Los Angeles Rams (8-6): The Rams’ mini run to the postseason probably ended on Sunday in Dallas with a tough loss to a Cowboys team that just had more juice.