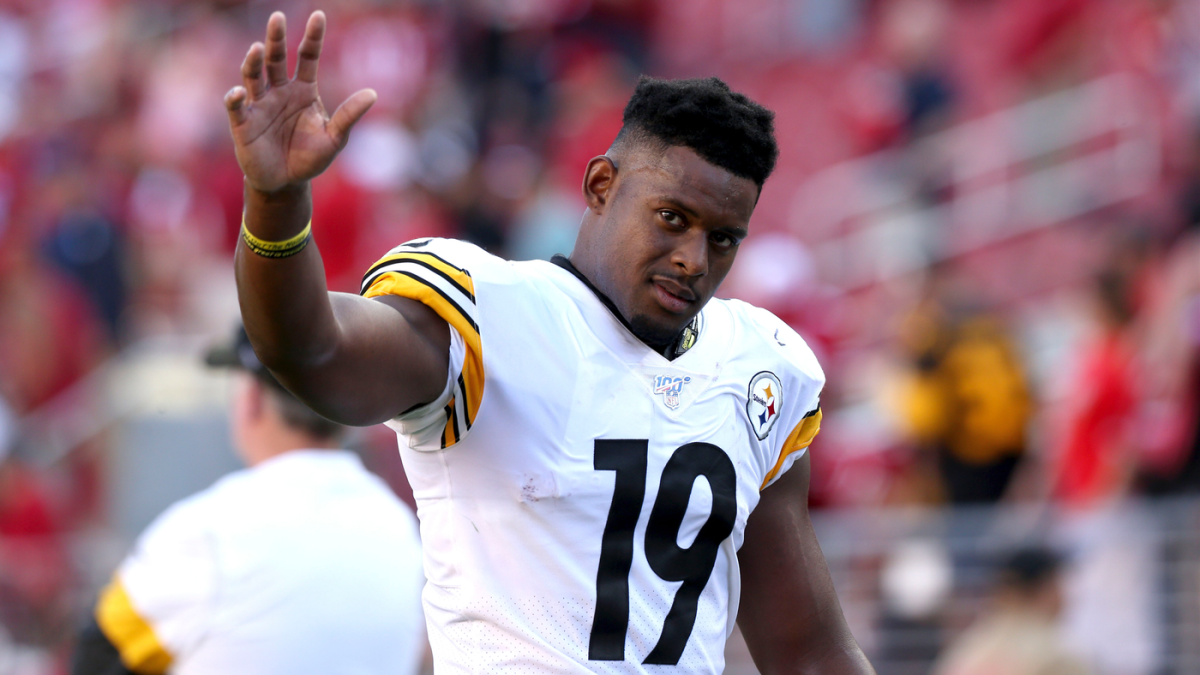 JuJu Smith-Schuster has been a spectator for each of Pittsburgh’s past four games, as the 2018 Pro Bowl receiver has been sidelined with a knee injury sustained in the Steelers‘ Week 11 loss to the Browns.

Last week, Smith-Schuster was a full participant on Wednesday before being unable to finish Thursday’s practice. He was then held out of Friday’s practice before ultimately being inactive for Sunday night’s 17-10 loss to the Bills.

“It wasn’t a setback,” Smith-Schuster said last week with regard to his mid-week decrease in practice time, via Steelers.com’s Teresa Varley. “It was more pushing myself too hard. I have to slow myself down. I am so competitive just to get out there. When you go too hard you get that moment that you have to slow yourself down to get to where you want to go. I push myself too hard all of the time I am on the field. That is just the nature of me.

“It’s tough (not being able to play). I have never been in a situation where I have been out like this. It’s new to me. It can be frustrating sometimes, but at the same time, it’s part of life. I am going to take it day-by-day, try to get back, try to get back healthy and try and increase my role being out there.”

A year after leading the Steelers in receptions (111) and receiving yards (1,426), injuries (to himself as well as quarterback Ben Roethlisberger) and added attention by opposing defenses have limited Smith-Schuster to 38 receptions for 524 yards and three touchdowns this season. With Smith-Schuster out, rookie Diontae Johnson currently leads the team with 47 catches and four touchdown receptions. James Washington, Pittsburgh’s second-round in the 2018 draft, leads the Steelers with 694 receiving yards while averaging 17.8 yards per catch. He was Pittsburgh’s most productive offensive player during Sunday’s loss to Buffalo, catching five passes for 83 yards, the fourth time he has reached at least 80 receiving yards in Pittsburgh’s previous four games.

Despite the recent emergence of Johnson and Washington, Pittsburgh is in dire need of a third receiver, as running back Jaylen Samuels is currently third on the team despite catching a total of just five passes in the Steelers’ last three games. On Sunday, the Steelers will face a Jets defense that is 19th in the NFL in pass defense and second in the league against the run.

Along with Smith-Schuster, Tomlin — who also confirmed Tuesday that Devlin “Duck” Hodges will remain Pittsburgh’s starting quarterback for Sunday’s game — said that tight end Vance McDonald’s status for Sunday’s is also questionable. McDonald was inactive this past Sunday after sustaining a concussion during Pittsburgh’s Week 14 victory in Arizona.