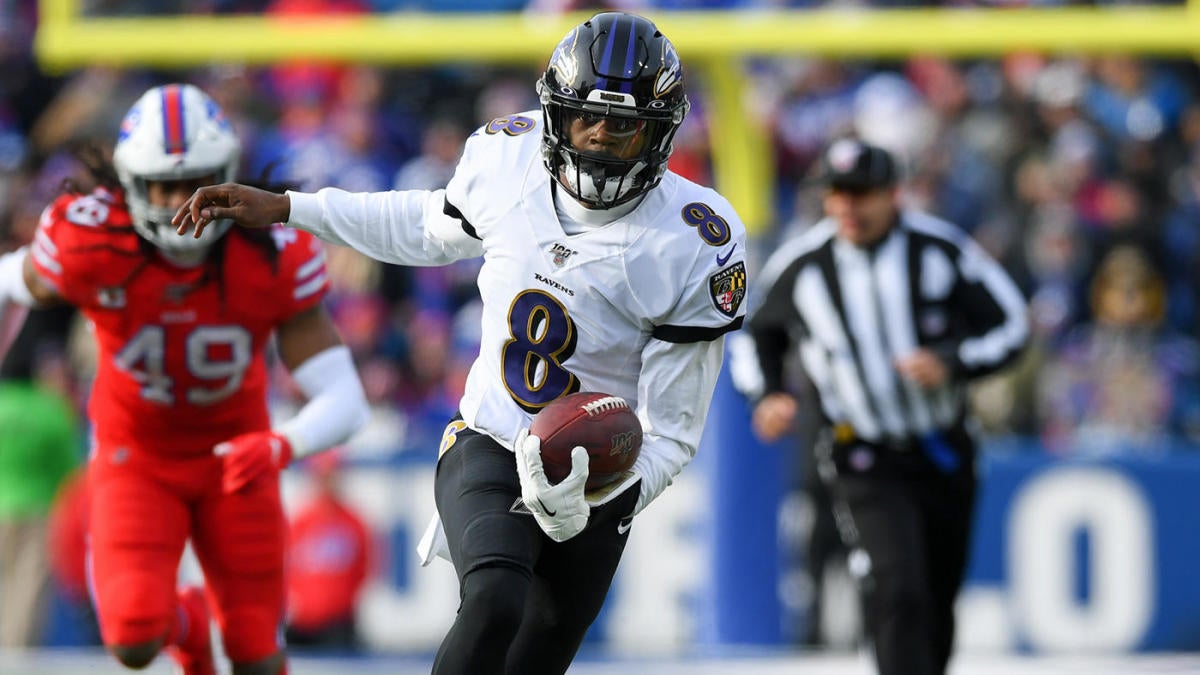 Baltimore Ravens quarterback Lamar Jackson has taken the NFL by storm in his first full season. With that in mind, fans are looking to give their loved ones some Jackson apparel for the holidays. That’s easier said than done.

According to the Ravens official website, fans will not be able to order a No. 8 Jackson jersey online from the team’s official store at this point if they want to gift it this holiday season. In addition, fans can’t even pre-order Jackson jerseys unless they’re looking for a 2XL size or bigger.

Local fans of the team could get their hands on a limited amount of Jackson jerseys at a pop-up shop that will open on Thursday in Baltimore, however.

“It’s the highest demand for any single Ravens player that I’ve ever seen – and I’ve done this for the Ravens for 11 years,” Ravens Senior Director of Retail Chris Inouye said via the team’s website. “Bigger than Joe Flacco. Bigger than Steve McNair. Flacco’s rookie year is the only thing that even approaches this.”

The team’s website also reported that they’ve re-ordered shipments of Jackson jerseys on three different occasions this seasons. The most recent shipment came prior to last Thursday’s nationally-televised game against the New York Jets. The shelves at Jackson’s personal clothing line Era 8 Apparel are also empty. Every single item that Jackson’s website sells is currently sold out.

Jackson merchandise outsold every other professional athlete on Fanatics during Cyber Monday.