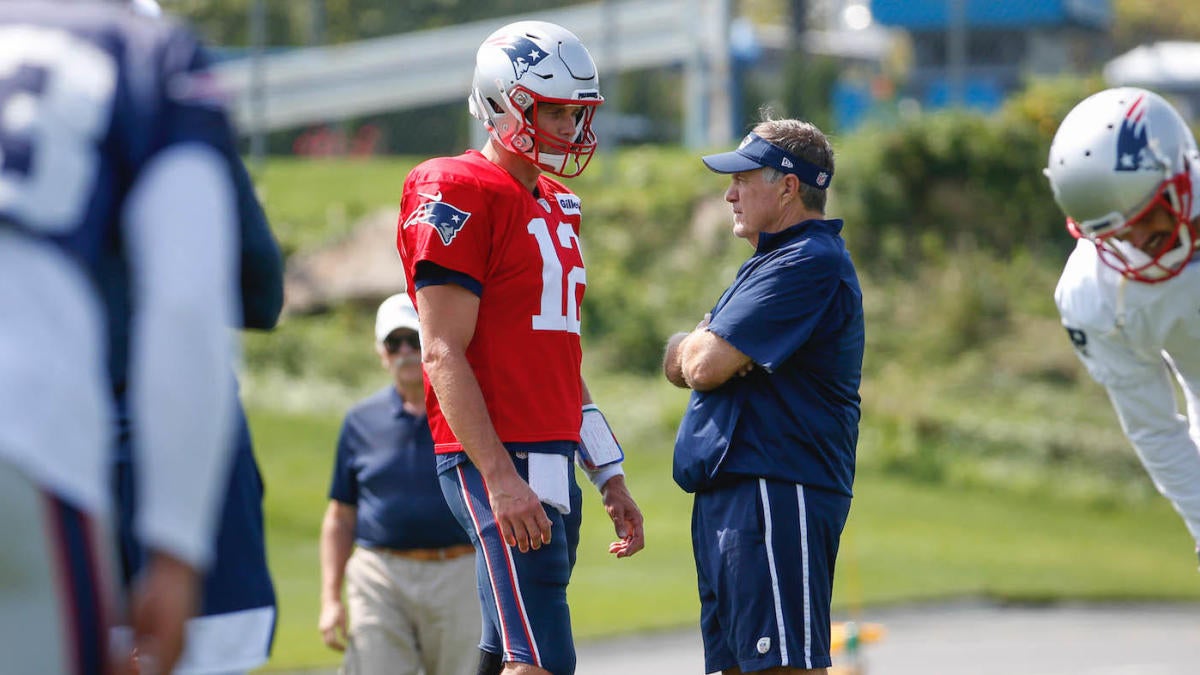 It doesn’t take a genius to observe that the Patriots offense hasn’t been as dynamic as we’ve seen it in years past. The loss of tight end Rob Gronkowski and the lack of capable replacements for him have been a key issue to the passing game’s struggles (and in the run game — Gronk was the NFL‘s best run-blocking tight end — by far). With that said, there’s also another issue in New England — Tom Brady’s health.

The six-time Super Bowl champion quarterback has been on the injury report a number of times this season with a right elbow injury along with other ailments. The elbow issue appears to be the biggest concern and Brady was even spotted with a massive wrap on his arm following the Patriots’ loss to Kansas City in Week 14. At the time, Brady acknowledged that he’s banged up, but made sure to note that he’ll be able to play, which he has.

While he’s been able to hit the field on game day, it appears like his injuries this season have limited him substantially in practice at times. During his Tuesday press conference, head coach Bill Belichick was asked about New England’s backup quarterbacks in rookie Jarrett Stidham and veteran Cody Kessler and their role in practice given Brady’s injuries. In his answer, Belichick highlighted that there have been times where Brady “hasn’t been able to do a lot this year.”

“Those guys are always ready to go,” Belichick said. “It’s an opportunity for them. It’s hard to practice three quarterbacks, but there have been a couple examples where Tom hasn’t been able to do a lot this year, so that’s given Stidham an opportunity to go with the first group and run our plays and run our offense, and that’s been good for him. It’s given Cody an opportunity to run more scout-team plays because Jarrett’s not taking those. So, quarterbacks are always looking for more work. They’ve taken advantage of it. I think it’s helped them.

“You don’t always want to do it that way, sometimes it’s best to do things that way. That’s good for everybody. You know, we want everybody out there as healthy as they can be. That’s ultimately the goal. It’s not always that way, and certainly that’s a better scenario than having just two quarterbacks. Then one guy has to take everything. Not that he can’t take it. It’s the National Football League, but mentally going from a defensive period to an offensive period to a defensive period to an offensive period is not really the best. It’s not as conducive to the high level of execution you need at either one. But sometimes that’s what it is, so you have to adjust.”

For Bill Belichick, a head coach who typically snarls in the direction of the practice report when asked about injuries, this was as candid as he’s been in recent memory, which could be telling in regards to the extent of Brady’s injury.

Against Cincinnati, Brady was seemingly trying to shake his arm loose at times in the winning effort, a game in which he threw for a season-low 128 yards through the air. Even at practice on Tuesday in Foxborough, WBZ-TV camera caught Brady shaking his arm/elbow loose.

So when we look at the Patriots offense, it’s clear that they are not as prolific as they were even dating back to last season. Part of that could be Brady’s weapons not creating separation, part of it could the quarterback’s his age, and part of it could be this elbow injury. However much each of those factors weighs in, it’s clear that Brady isn’t 100%. He actually seems quite far from it and Belichick said as much. That may be cause for concern heading into the postseason when he’ll be asked to go toe-to-toe with some high-powered offenses.