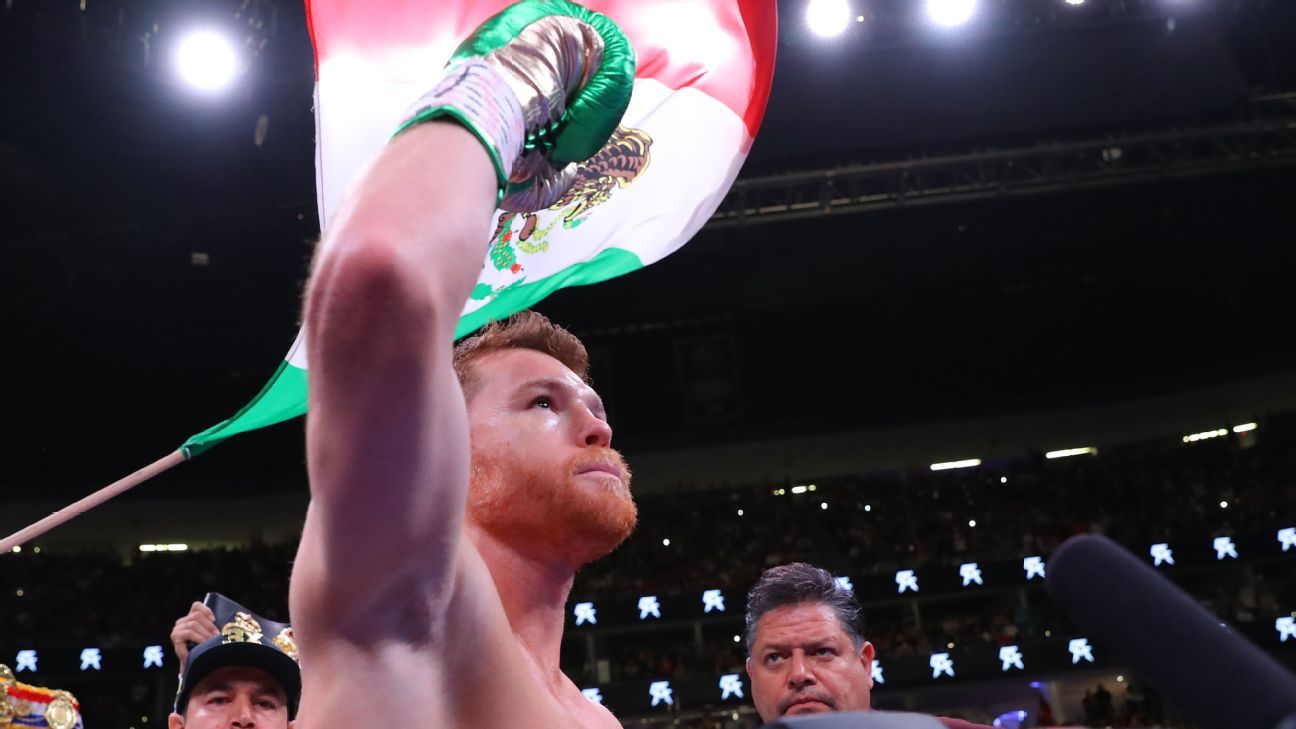 Alvarez relinquished the WBO title in order to “comply with the World Boxing Organization’s prohibition against its champions holding titles from other sanctioning organizations in multiple weight classes.”

“I know that my accomplishments in the ring have brought pride to my fans and my country,” Alvarez said upon relinquishing the light heavyweight title. “I have long enjoyed my relationship with the WBO and appreciate all they do to preserve and enhance the sport of boxing. This agreement allows the WBO to have its light heavyweight title contested regularly and allows me to pursue bouts against the best opponents, regardless of weight class.”

As part of Alvarez’s agreement to vacate the title, the WBO said it will give him the privilege to be designated mandatory challenger to the organization’s titleholder in any division he elects to fight.

“Canelo has already accomplished much in boxing, and is still a young man,” WBO president Francisco “Paco” Valcarcel said. “When his career is done, he will be regarded as one of the greatest boxers to ever step into the ring, and one of Mexico’s best fighters ever. We look forward to his future fights against rivals at the top of the middleweight, super middleweight, light heavyweight, and other divisions.”

Alvarez, who has won world titles in four divisions overall, including at junior middleweight, won belts in three different divisions in an 11-month span from last December to November. Last December, as the reigning middleweight world champion, he moved up to super middleweight and knocked out Rocky Fielding in the third round to claim a secondary title.

In May, Alvarez (53-1-2, 36 KOs), 29, of Mexico, returned to middleweight and outpointed Daniel Jacobs to unify to belts, one of which was later stripped from him for failing to make a mandatory defense. And on Nov. 2, Alvarez went up 15 pounds and two divisions to light heavyweight and scored a highlight-reel 11th-round knockout of three-time light heavyweight titlist Sergey Kovalev to take his title.

“We completely support the decision made by Canelo Alvarez and the WBO,” said Golden Boy Promotions CEO Oscar De La Hoya, Alvarez’s promoter. “Canelo made history by stopping Sergey Kovalev in impressive fashion to become a four-division world champion. Not only did he show that he is a real threat at 175 pounds, but he also demonstrated that he is fully capable of moving across several divisions to look for the most exciting fights for the fans. At the same time, we look forward to continue promoting our other WBO champions such as (junior middleweight) Patrick Teixeira and (women’s super middleweight) Franchon Crews-Dezurn.”

The WBO has not yet officially made its order as to who should fight for its vacant light heavyweight title, but the fighters ranked Nos. 1 and 2 in its 175-pound rankings are former super middleweight world titlist Gilberto “Zurdo” Ramirez (40-0, 26 KOs), 28, of Mexico, and Umar Salamov (25-1, 19 KOs), 25, of Russia.