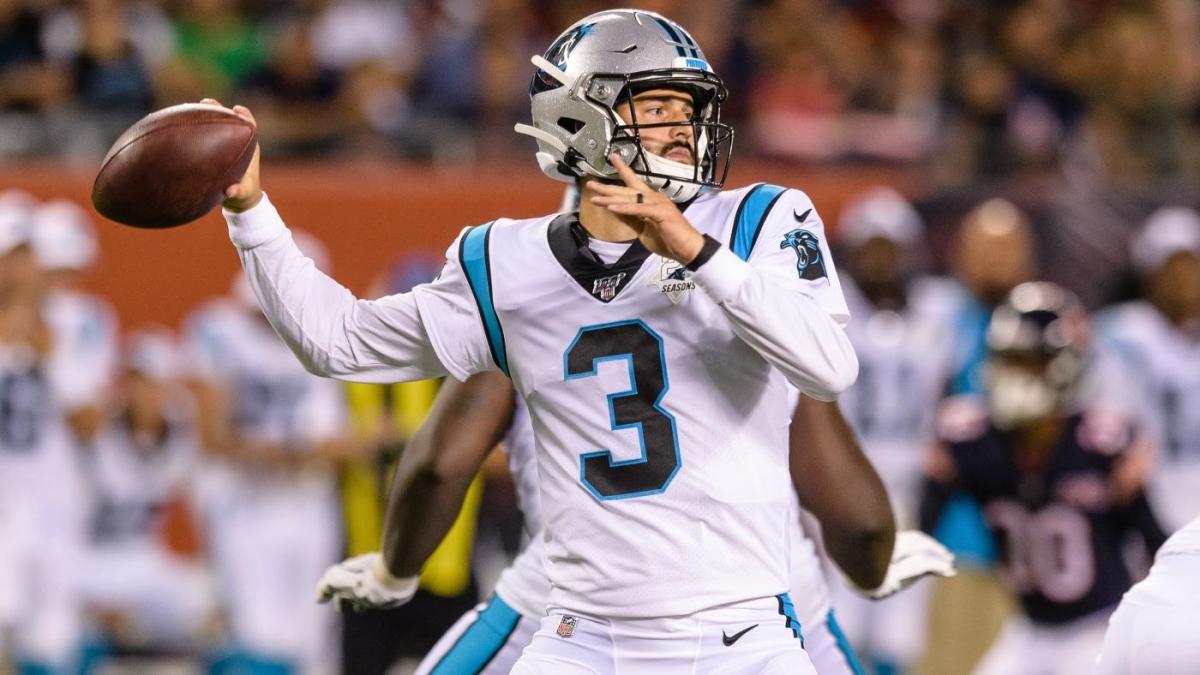 The Carolina Panthers are expected to start rookie quarterback Will Grier on Sunday against the Indianapolis Colts, according to NFL Media’s Ian Rapoport. Kyle Allen had started 12 consecutive games for Carolina following what turned out to be a season-ending foot injury for veteran Cam Newton in Week 2. Newton was placed on injured reserve Nov. 5.

“Probably make that decision on Wednesday,” Fewell said during his press conference. “Over the next two days, we will continue to evaluate. You will know on Wednesday.”

Following Sunday’s loss to the Seattle Seahawks, Fewell said that Allen tried to do what the coaches asked of him but “we don’t want to turn the football over.” After evaluating the tape, he was equally unenthusiastic.

“Obviously I enjoyed his fourth quarter. I do believe there were some plays out there to be made and at times he did not make those plays that needed to be made and that goes along with the position of being a quarterback.”

Allen looked like a viable replacement at the quarterback position through the team’s bye in Week 7. However, they have lost their six most recent games. Allen has completed 278 of 448 passes for 3,027 yards, 17 touchdowns and 15 interceptions this season.

Grier, a third round pick out of West Virginia in the 2019 NFL Draft, has not yet appeared in a regular season game. During the preseason, he completed 34 of 61 passes for 385 yards, two touchdowns and three interceptions in four games. The 24 year old joined the Mountaineers after transferring in from Florida. Over the course of two seasons in Morgantown, he completed 516 of 785 passes (65.7 percent) for 7,354 yards, 71 touchdowns and 20 interceptions.

He now gets the keys to a team averaging 23.1 points per game.

Two games remain against the Colts and Saints. Those two games serve as an opportunity for the front office to evaluate a potential future with Grier.