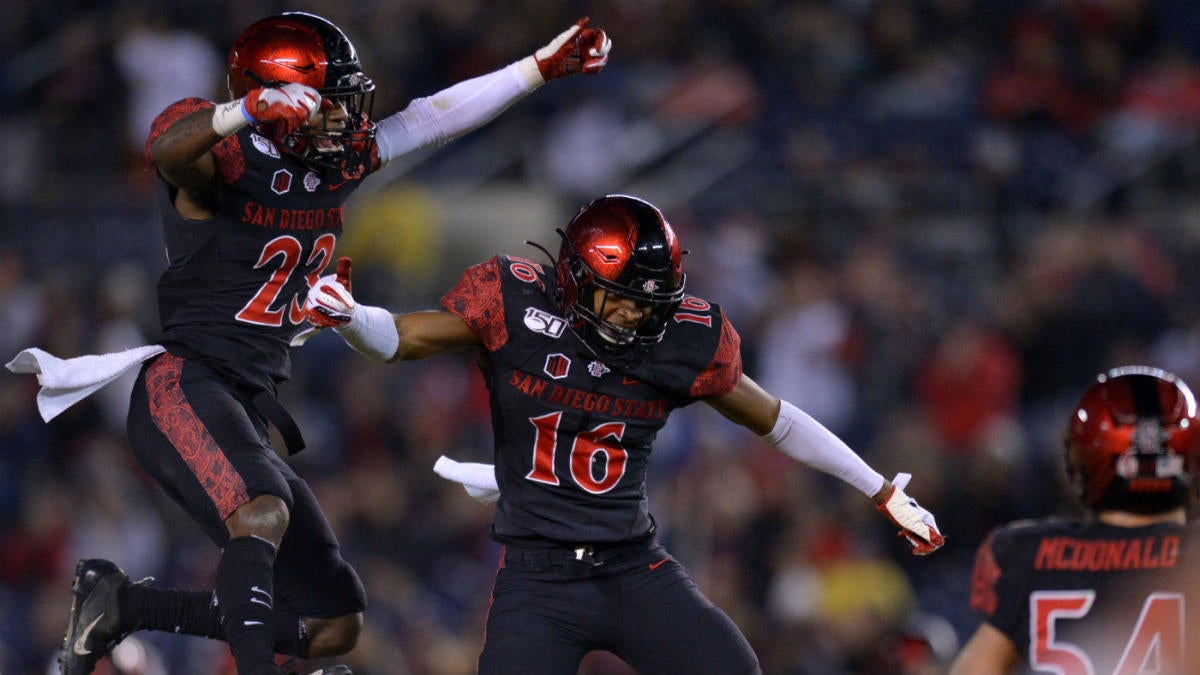 We’ll get a MAC vs. Mountain West showdown in this year’s New Mexico Bowl as Central Michigan takes on the Aztecs of San Diego State, and a trio of NFL-caliber defenders will be on the field, two of whom are transfers.

The Chippewas have a productive edge defender with long arms, while San Diego State has a chippy, high-energy linebacker and a ball-hawking cornerback.

We’re going game by game to let you know exactly who you should watch to get ready for the 2020 NFL Draft.

Adesanya started his collegiate career at Illinois and registered three sacks and seven tackles for loss in his first year with the Chippewas last season after transferring. As a senior in 2019, his numbers improved across the board. Heading into this bowl game, Adesanya has 15.5 tackles for loss and seven quarterback takedowns to go along with 32 tackles. At 6-foot-3 and 240 pounds, he has NFL edge size and noticeably long arms, which he uses well when engaging with offensive tackles on the outside. His first step is of NFL-caliber too, he just lacks in the strength department and isn’t super-bendy around the corner.

Tezino put himself on the draft radar as a junior with 126 tackles with 8.5 sacks and 14.5 tackles for loss. He’s four tackles away from the 100-tackle mark this season and has three sacks with nine tackles for loss.

The 6-0, 230-pounder excels screaming downhill on blitzes and against the run. He has slightly above-average athletic talents for the linebacker position. His range is good, but he’s short-armed and not a deft block-defeater, a combination that could hurt him when attempting to get to outside run plays at the NFL level. Because he’s a pretty smooth mover, Tezino should be able to be a successful coverage linebacker, but he didn’t have much ball production at San Diego State. Look for him around the line of scrimmage in this one.

Barcoo did something extraordinary this season for the Aztecs. He intercepted three passes against Colorado State on consecutive offensive plays for the Rams. Insane. That feat is incredibly rare. As it currently stands, the tall, speedy senior corner has eight interception and 16 pass breakups this season. At 6-1 and 175 pounds, he’s undoubtedly lanky and will have to get stronger so he can physically hold up against large wideouts in the NFL.

However, Barcoo has fluid hips and glides down the field. He made big plays in man and zone in 2019. The junior college transfer didn’t have draft hype coming into the season but definitely does now.