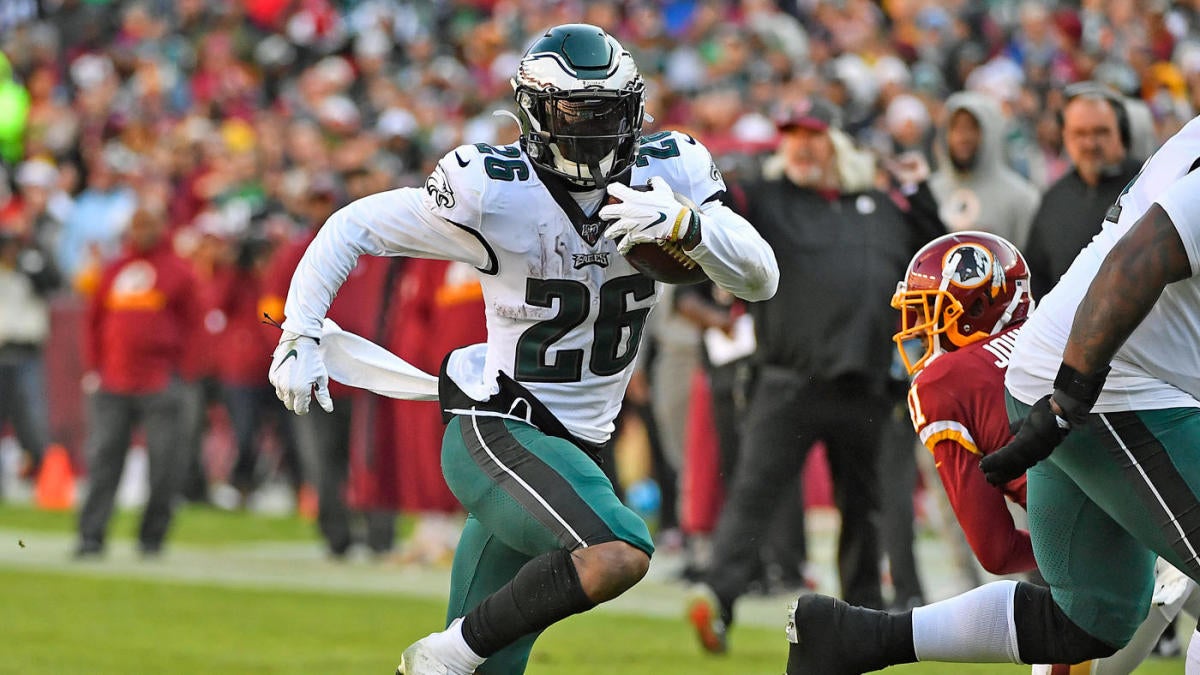 By the raw numbers, Miles Sanders is the best rookie back in Philadelphia Eagles history, quite the accomplishment for a franchise that had Steve Van Buren, Wilbert Montgomery, Ricky Watters, and LeSean McCoy suit up for them over the years. In Week 15, Sanders broke McCoy’s record for most rushing yards by a rookie running back in franchise history, having 687 through 14 games (McCoy had 637 in 2009) during the Eagles’ 37-27 victory over the Washington Redskins. He also broke DeSean Jackson’s record for most yards from scrimmage by a rookie (1,120), a mark that stood for 11 years (1,008 by Jackson).

Sanders had his best game in his young career in Sunday’s win, finishing with 19 carries for 122 yards and six catches for 50 yards and two touchdowns (one rushing, one receiving). He is the first rookie in Eagles history to produce 170+ scrimmage yards, one rushing touchdown and one receiving touchdown in the same game. His 172 scrimmage yards are the fifth-most ever by an Eagles rookie in a game.

The Eagles are playing for first place in the NFC East against the Dallas Cowboys Sunday — in other words — Sanders is getting hot at the right time. With Jordan Howard missing the last several games and the Eagles down their top three receivers, Sanders has taken matters into his own hands carrying the Eagles offense.

“I’m going to go out there and do my job regardless, but when you have guys banged up like that and the type of season I’m having?” Sanders said Sunday, via NBC Sports Philadelphia. “Lock in and put the game on my shoulders and let’s go ball out.”

Sanders has lived up to expectations as a second-round draft pick. He has 150 carries for 687 yards and two touchdowns on the year and he has added 42 catches for 433 yards and three touchdowns. He’s averaging 4.6 yards per carry and 5.8 yards per touch, demonstrating the explosiveness the Eagles believe they were getting when they drafted him.

“You saw the potential. You saw the talent, obviously. But this is — I don’t want to say it’s a surprise, but it’s just encouraging to see the success that Miles has had,” Eagles head coach Doug Pederson said on Monday after the team’s Week 15 win. ” Because really, when you go back a few weeks when Jordan [Howard] was in there, you didn’t see Miles, right, as much, or making some of the plays that he’s making now.

“And now that he’s kind of been the guy, you’re seeing more and more of him and his versatility both running and catching the football has made an impact and really helped us win these last couple games.”

Sanders is ready to carry the Eagles offense when they need him, which the franchise will start to become accustomed to over the next several years.