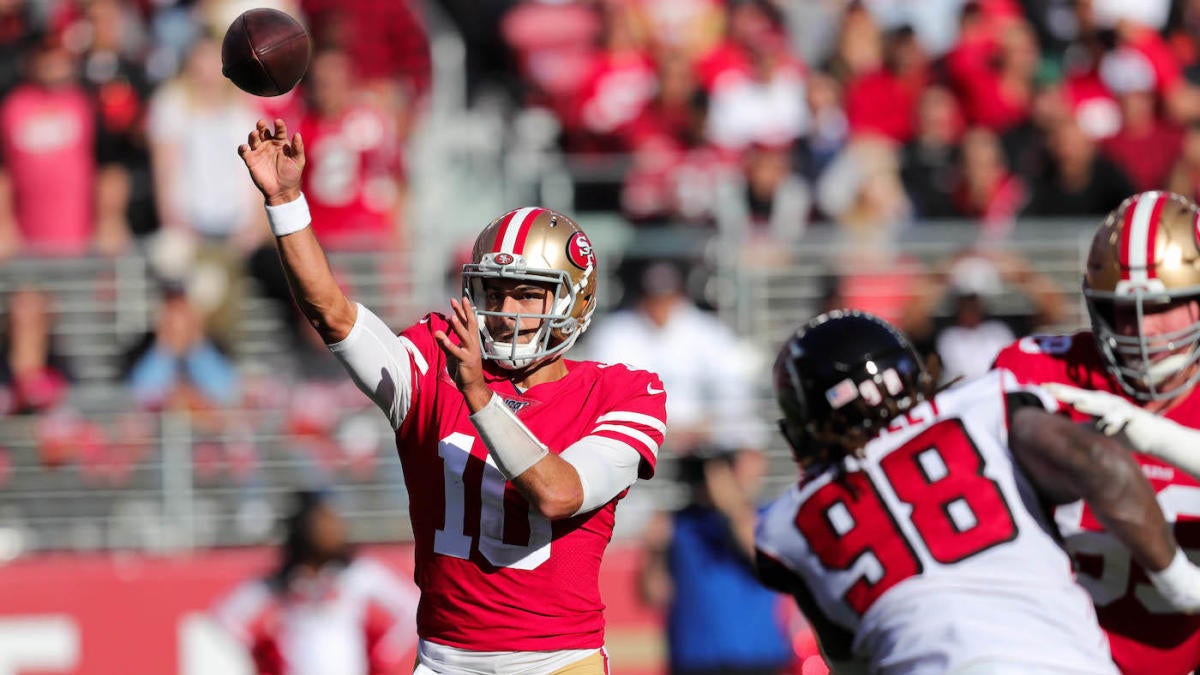 It appeared the last of the San Francisco 49ers‘ doubters died out last week with the 48-46 road victory Jimmy Garoppolo and Co. registered over the New Orleans Saints. Garoppolo put together quite possibly the best game of his career, as he completed 74.3 percent of his passes for 349 yards, four touchdowns and just one interception.

All of that momentum the 49ers built for themselves in Week 14 disappeared on Sunday, as San Francisco was defeated by the 4-9 Atlanta Falcons at home, 29-22. The Falcons scored 19 points in the fourth quarter, including a five-yard Julio Jones touchdown which gave the Falcons the lead with just two seconds remaining in the game. The Falcons added insult to injury when Olamide Zaccheaus recovered a loose ball in the end zone on the ensuing kickoff after a bad lateral attempt to score a meaningless touchdown which extended the Falcons’ margin of victory to seven points.

Garoppolo believes that it wasn’t just one thing or one player who could accept blame for the shocking loss.

“I wouldn’t say it was one specific thing,” Garoppolo said, via NBCSportsBayArea.com. “I think it was just things going wrong, us not making plays when we needed to, just little things like that here and there that throughout the course of a game, they add up. Just little mistakes that we can’t make.”

“I think we could’ve had more juice in the beginning, but we really can’t rely on just having so much energy. We have to go execute at the end of the day. When your number gets called, whatever it is, you have to execute your job and I think it’s just the little details like that. Obviously, having the energy and all that comes along with it, but we’ve got to just execute better.”

Garoppolo threw for just 200 yards and one touchdown on Sunday. The 49ers didn’t score their first points until the second quarter — a Raheem Mostert two-yard touchdown which capped off a drive that ran 21 plays long and took up almost 11 minutes. At halftime, the 49ers found themselves tied with the lowly Falcons, 10-10.

San Francisco’s defense didn’t have an answer for Jones, the offense wasn’t explosive and they just simply did not look like the dominant Super Bowl contender many contend they are. The 49ers have a chance to rebound on a short week, as they host the Los Angeles Rams this Saturday.