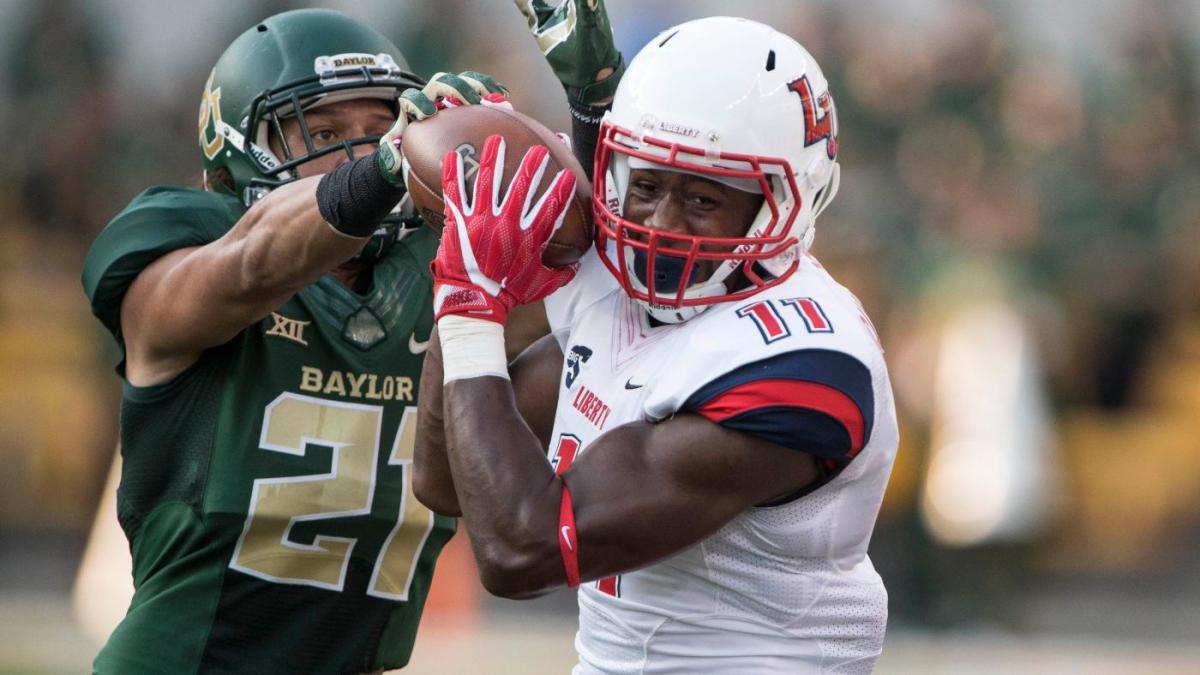 A year ago, 65 points were scored between Tulane-Louisiana-Lafayette in the Cure Bowl. Liberty is hoping for another high-scoring affair led by their star wide receiver. The Flames are averaging 33.7 points per game this season but Georgia Southern has no difficulty scoring either. The Eagles are averaging 29.2 points per game.

CBS Sports examines the 2020 NFL Draft prospects that fans need to know in this potentially back and forth offensive shootout.

Gandy-Golden has recorded at least 70 receptions, nine touchdowns and 1,000 receiving yards in each of the past two seasons. He is a big, physical receiver reminiscent of a poor man’s Julio Jones. The Georgia native fights through tackles and makes difficult catches. He is not nearly as explosive but still possesses a lot of upside for the next level. On this particular play, Gandy-Golden makes a contested one-handed catch down the field — that trait translates to the NFL.

His quarterback, Buckshot Calvert, is a solid player but does not allow the wide receiver to push the ball downfield in the same manner as an NFL quarterback. The wide receiver could slide into Day 2 of the 2020 NFL Draft but he is trending more towards Day 3. Gandy-Golden will have an opportunity to showcase his talents against higher competition at the Reese’s Senior Bowl in January.

The cornerbacks will have their hands full against Gandy-Golden, who will have a five-inch advantage. Over the last three years, Vildor has accumulated eight interceptions. He is an aggressive player with good ball skills. He could improve upon his tackling ability but his physicality should help bridge the gap of a height difference with Gandy-Golden.

Georgia Southern kicker Tyler Bass has been invited to the Reese’s Senior Bowl as well. Monquavion Brinson is a cornerback of similar build to Vildor. Over the past three years, he has recorded six interceptions. He will likely join a team in training camp this summer.