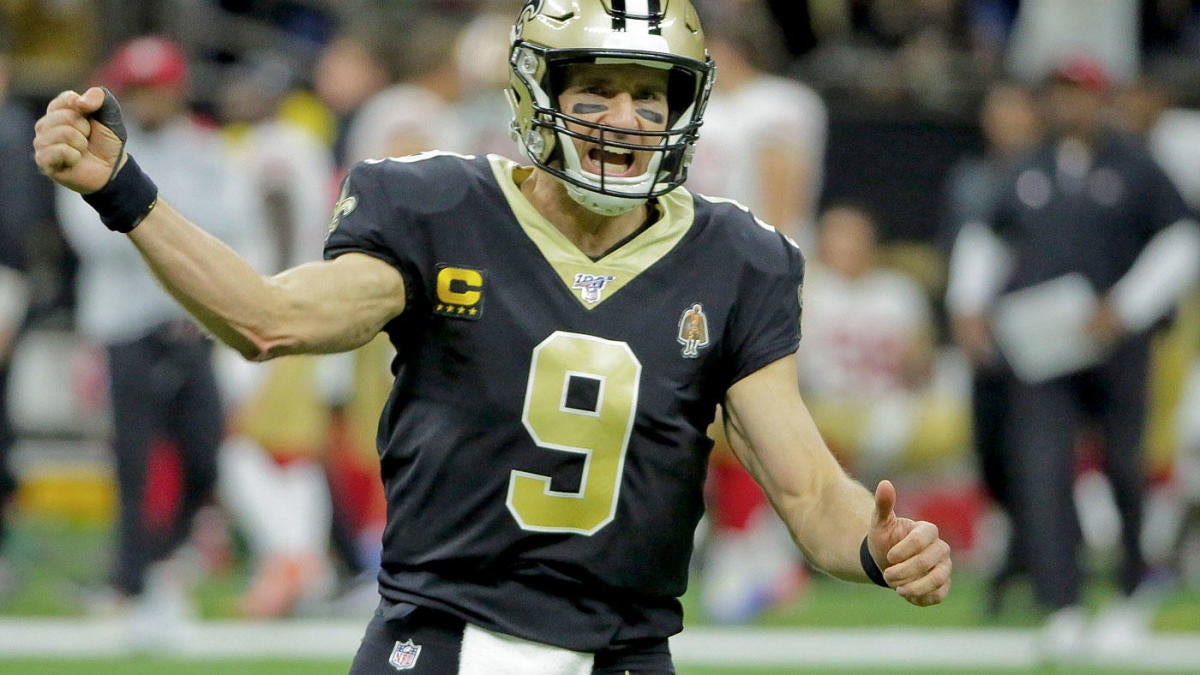 The New Orleans Saints have an opportunity to retake control of the NFC on Monday night. After the San Francisco 49ers suffered a last-second loss to the Atlanta Falcons on Sunday and saw their record drop to 11-3, they fell behind the Seahawks in the NFC West race. And even though New Orleans lost to San Francisco, if the Saints tie the Seahawks, Niners, and Packers with an 11-3 record, they would actually vault to the top seed in the NFC. (The league breaks the divisional tie first, then breaks non-divisional ties, and the Saints beat the Seahawks back in Week 3.)

Standing in the Saints’ way are the Indianapolis Colts, who are trying to keep their own fading playoff hopes alive. The Colts have lost three consecutive games to drop their record to 6-7, and they’re a game and a half behind Pittsburgh and Tennessee in the race for the AFC’s No. 6 seed at the moment. To keep themselves in the mix, the Colts badly need to come away with a win.

With all that on the line, this should be quite an interesting game. Let’s break things down.

When the Saints have the ball

But a slight dip in yards per game and yards per touch is not the only difference we’ve seen. As Rotoworld’s Hayden Winks noted earlier this week, Kamara’s avoided tackle rate has dropped through the floor since his return: Prior to the injury, Kamara had a 34 percent avoided tackle rate on runs and a 27 percent rate on catches. Since returning, those figures have dropped to 13 percent on runs and 14 percent on catches.

The Saints have still managed a 3-2 record in those five games, but this decline in Kamara’s ability to make opponents miss is about to become of paramount importance on Monday night. The design of the Colts’ defense encourages opponents to make short throws to check-down options, counting on their linebackers and safeties to come up and make tackles before the opponent can gain too many yards after the catch. Defensive coordinator Matt Eberflus prioritizes not giving up deep throws ahead of almost all else, and when the Saints are making shorter throws, that almost always means the ball is going to Kamara or Michael Thomas.

Drew Brees has been arguably the league’s best quarterback on short throws against zone defenses, completing 86 of 106 passes within 10 yards of the line of scrimmage, for 719 yards, one touchdown, no picks, and a 98.1 passer rating. His 6.8 yards per attempt average on those throws is actually third-best in the NFL, per Sports Info Solutions.

Including the throws from Teddy Bridgewater, Thomas has caught 43 of 52 of those same types of throws, for 416 yards. That’s 8 yards per pass, with a near-guarantee that the throw will be completed. There are 30 receivers who have been targeted 30 or more times on short throws against zones, and Thomas has the second-highest rate of positive plays, according to Sports Info Solutions. This is why the Saints are able to methodically work their way down the field so often.

Perhaps the biggest area where the Saints have the advantage on Monday night, though, is along the offensive line. New Orleans has had a dominant unit up front for the better part of the past few seasons, and this year has been no different. The Saints rank first in the NFL in Football Outsiders’ Adjusted Line Yards, and tied for third in Adjusted Sack Rate. Only 15 percent of New Orleans’ runs have been stopped at or behind the line of scrimmage, per Football Outsiders, the fourth-lowest rate in the league. The Colts have been one of the best teams at stopping opponents in the backfield (22 percent, fifth in the NFL), but their Adjusted Sack Rate only ranks 21st in the league, raising doubts about their ability to get pressure on Brees.

When New Orleans turns to the ground, Latavius Murray has been more effective than Kamara of late, but one thing to note about the Saints running game this season is the relative lack of big plays. Only 10 of their 314 carries have gained 20 or more yards. According to Pro Football Focus, there are 13 individual players who have more explosive runs than that on their own. (And that’s before accounting for Sunday’s games.)

When the Colts have the ball

The big question here is whether or not T.Y. Hilton will be able to play through his latest injury. As we wrote in our Week 15 preview, Jacoby Brissett has been a much different — and far more effective — quarterback with Hilton on the field than in games where he’s sat.

Hilton is listed as questionable after getting in limited practices on Thursday and Friday and not practicing on Saturday. He’s stated that Colts coach Frank Reich will only let him play if he’s 100 percent, which would seem to point toward him sitting out this game, but perhaps the Colts will get him out there in what looks like their last shot to keep themselves alive in the playoff race.

If Hilton is unable to play, the Colts will again be down to only Zach Pascal, Marcus Johnson, and, after Parris Campbell’s latest injury, Ashton Dulin and Chad Williams on the outside. With Eric Ebron also out, Jack Doyle will presumably be a big part of the passing game once again. None of those options seem all that likely to scare the Saints defense all that much, and considering how poorly (relative to his performance earlier in the season) Brissett has played since returning from an injury of his own, it would not be surprising if the Saints went all out to force him to beat them through the air.

Whether Hilton is in or out, the Colts seem likely to employ a run-heavy game plan, counting on Marlon Mack to grind out yards and control the clock against what is suddenly a very banged up Saints defensive front. New Orleans lost both Marcus Davenport and Sheldon Rankins to injuries this week, ravaging the depth of a top-10 run defense unit in the league. The Colts have turned to this type of offense when they played the Chiefs earlier in the season, for example, handing Mack the ball 29 times and giving it to Jordan Wilkins seven more.

The question for the Saints will be how their run defense holds up without two of their best defensive linemen. They still have Cameron Jordan, David Onyemata, and Malcom Brown, but players like Shy Tuttle, Trey Hendrickson, and Mario Edwards will be thrust into larger roles now that two of the Saints’ studs are down. Tuttle got the most work at the nose tackle spot against the 49ers last week, and while he seemed to hold up fine, the 49ers ran the ball extremely well. (24 carries for 162 yards and a touchdown.)

The Colts will need a similar performance on the ground, on even greater volume, to overcome the injuries they’re facing that seem likely to hold back their passing offense. Their offensive line has not been quite as good blocking up the run game this season as it was last year, though, so they seem somewhat less likely to be able to physically impose their will on an opposing defense — even one facing injury issues like this Saints team.