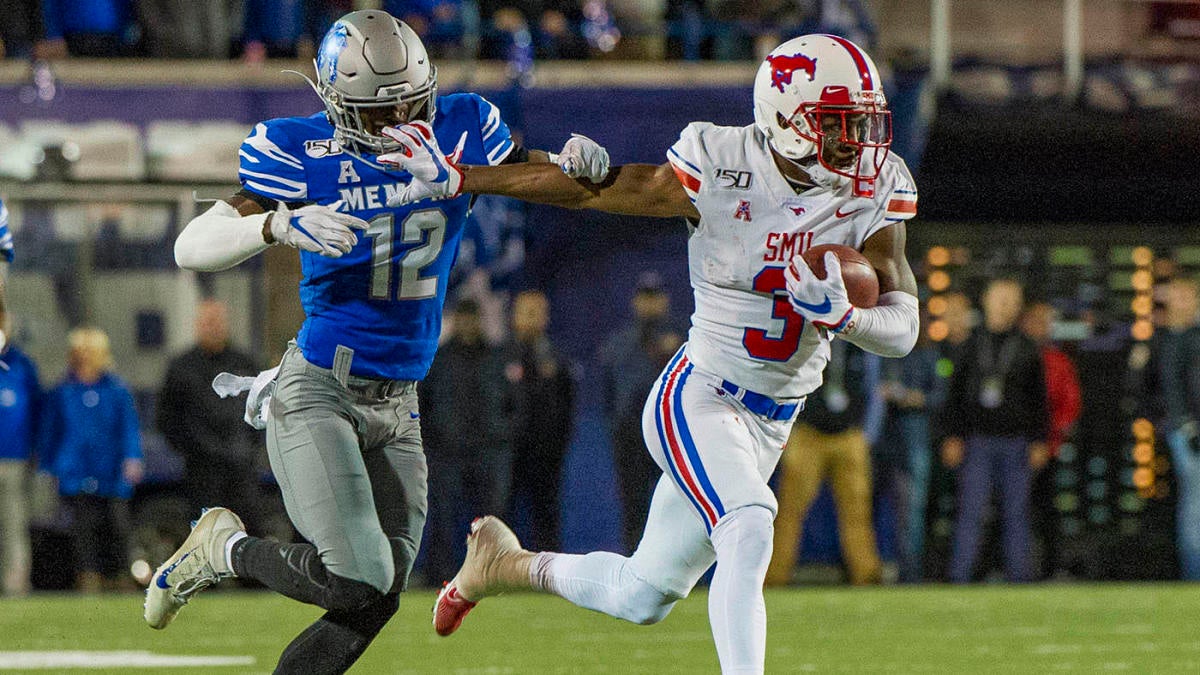 Two long-producing pass-catchers will take center stage in this year’s Boca Raton Bowl between the SMU Mustangs and the Florida Atlantic Owls.

James Proche has gone over the 1,000-yard mark in consecutive seasons for SMU, and Harrison Bryant has three quality seasons on his resume for FAU, the last of which led to some serious college football hardware.

We’re going game by game to let you know exactly who you should watch to get ready for the 2020 NFL Draft.

Proche has been a stat-sheet filler for a long time at SMU. In his redshirt freshman season in 2016, he had 709 yards with six touchdowns on 57 receptions on a team with Courtland Sutton. Even with Sutton and then transfer Trey Quinn both going over 1,000 yards in 2017, the 6-foot, 193-pounder managed 816 yards on 40 grabs in 2017, and last year he became the true focal point of the offense with 93 receptions, 1,119 yards and 12 scores. And Proche hasn’t disappointed this season with 102 receptions for 1,139 yards and 14 more touchdowns. He’s a nifty slot receiver with slippery releases off the line of scrimmage, exact route-running skills, and tremendous ball skills to reel in passes well outside his frame. He has Day 2 potential. For real. Proche is a stud.

Bryant won the John Mackey Award this season as the best tight end in college football after a sparkling 1,004-yard, 65-catch, four-touchdown campaign in his senior season. He’s been on the draft radar for a while now because his athletic talents have always popped on tape, and Lane Kiffin has tapped into those regularly. Bryant had 408 yards as a sophomore and 662 yards in 2018 as basically a receiver playing tight end. Beyond the major uptick in production this season, Bryant has added some weight and gotten more effective in blocking situations, which bodes well for his draft stock, and he’s a legitimate threat down the seam and after the catch.