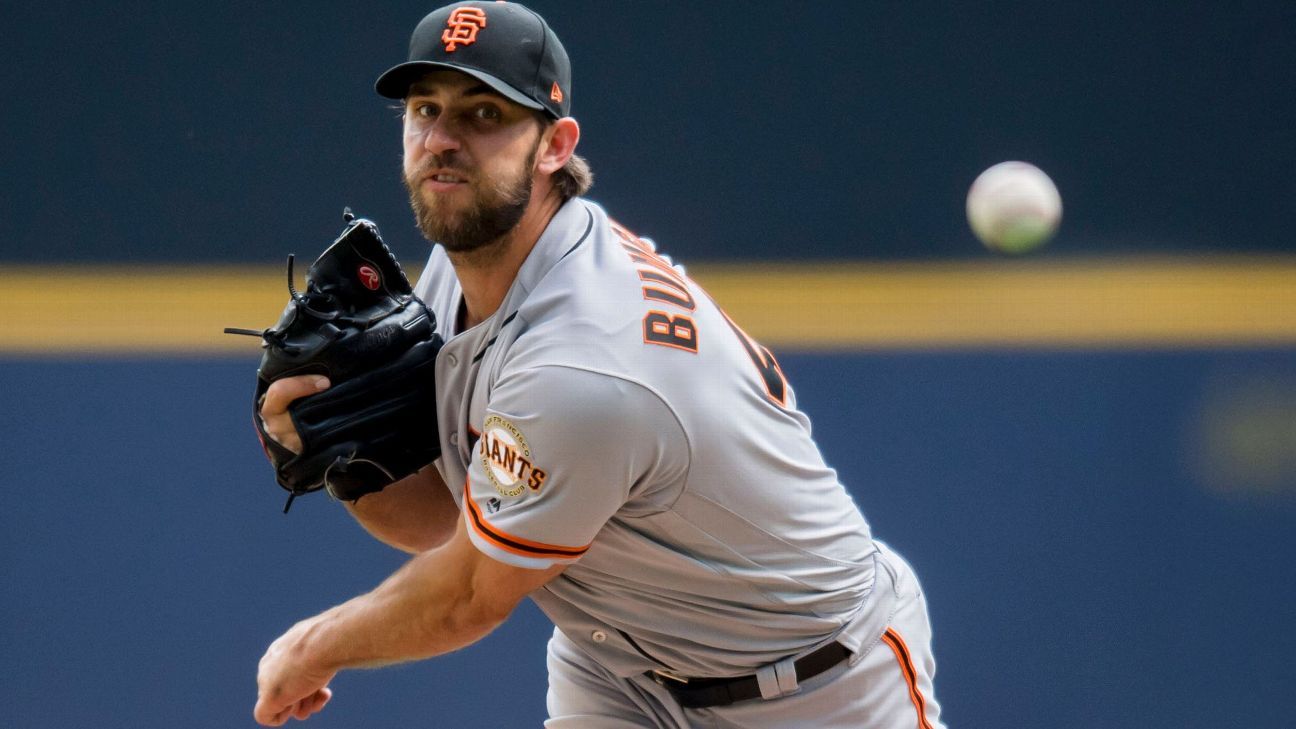 If anyone could convince a team to ignore the analytics, it would be Madison Bumgarner, because he has defied probability so often.

No baseball algorithm exists that would’ve predicted Bumgarner would throw more than twice as many innings as any other pitcher in the 2014 postseason. But that’s what he did for the San Francisco Giants.

No math would suggest a guy who has never averaged higher than 92 mph with his fastball would excel in an era when premium velocity is a separator. But that’s what he has done in his career, generating a 3.13 ERA in almost 2,000 regular-season innings, receiving Cy Young consideration in five different years.

Front offices could run a billion simulations and no computer would forecast anyone like Bumgarner — a pitcher with two wild-card game shutouts, an ERA of 0.25 in three World Series and five innings of scoreless relief in a Game 7 three days after pitching a shutout in Game 5. No statistical models apply for someone who presented a bull to his bride as a wedding gift, or rode into a championship ceremony on a horse, a pitcher who swings a bat like he’s wrestling steers.

It’s enticing to bet the over on Bumgarner, and that’s what the Arizona Diamondbacks have done, making an $85 million investment other teams ran from because of a trove of foreboding metrics.