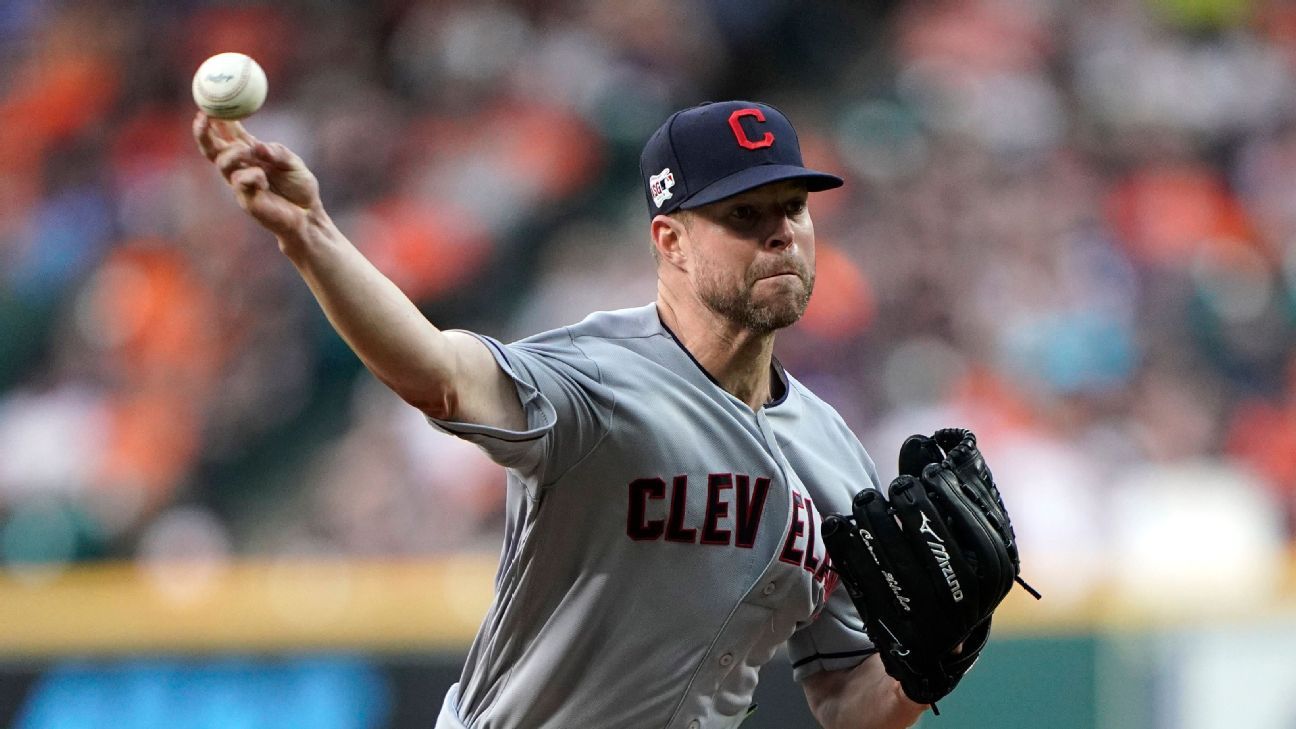 CLEVELAND — Corey Kluber led by example and excellence in Cleveland. The Texas Rangers are hoping he can do the same for them.

The Cleveland Indians traded the two-time Cy Young Award winner — and their unquestioned ace over the past six seasons — to the Rangers on Sunday, a blockbuster deal that could dramatically change both teams.

Indians president Chris Antonetti said he received calls from numerous teams with interest in Kluber. But the offer from Texas made the most sense for Cleveland because it included players who can have an immediate impact and “help us be a better team in 2020.”

But dealing the stoic and steady Kluber wasn’t easy.

But his future with the money-conscious Indians grew more uncertain last season when the club managed to stay in the playoff chase until late September despite not having him after May 1.

Kluber broke his right forearm when he was struck by a line drive during a start at Miami and never made it back. He came close to returning to the Indians’ rotation but suffered an oblique injury during a minor league rehab appearance that ended his comeback.

Rangers general manager Jon Daniels said the injuries Kluber dealt with last season “don’t necessarily give us pause,” and he believes the time off could be a positive after all his innings pitched in previous seasons.

“The start of last season wasn’t going the way he’s accustomed of pitching, and I think the time off may give him a little time to reset and get his body fresh,” Daniels said. “He feels like he’s in a really good spot.”

Daniels described Kluber, who is on vacation on the West Coast, as “genuinely excited” about the deal.

The Indians, who won 93 games last season, picked up his $17.5 million contract option for 2020 immediately after last season. Because they have a solid group of young pitchers under contract and other needs, however, the club made the decision to deal a popular player.

“These are exceedingly difficult deals to make, but they’re important deals for us,” Antonetti said. “If you think back to the way in which we acquired Corey was we traded an established, popular, veteran, starting pitcher in Jake Westbrook for, at the time, an unheralded pitcher in Double-A with the San Diego Padres.

“If you look at our teams over the course of the last seven seasons and the success we’ve had has been, in a large degree, attributed to guys who we’ve acquired in similar-type trades. So, they’re painful trades to make oftentimes, but they’re trades that make sense and help us be a better team moving forward.”

A three-time All-Star, Kluber went 98-58 with a 3.16 ERA over his nine seasons with the Indians. But beyond his impressive stats, Kluber showed Cleveland’s young pitchers what it took to be a professional with his diligent training regimen and meticulous preparation for every start.

Before getting hurt last season, Kluber was struggling, and there was growing concern a high number of innings and fastballs were beginning to have a cumulative effect on him. He pitched at least 203 innings in each of the previous five seasons while recording more than 200 strikeouts in each of those seasons, as well.

The deal involving Kluber might not be the only one executed by the Indians this winter. The club could part ways with All-Star shortstop Francisco Lindor, who has turned down multiyear contract offers from the Indians in the past.

Lindor is under Cleveland’s control through the 2021 season, but because the Indians won’t be able to compete for him on the free-agent market, they might be forced to trade him to ensure they get something if he leaves.

Antonetti said the immediate plan is to hang on to Lindor.

“I have every expectation that Francisco Lindor will be our starting shortstop Opening Day next year,” he said.

Kluber’s deal will be another tough one to digest for Indians fans, who have seen the club trade CC Sabathia and Cliff Lee — also Cy Young winners — in the past.

The 27-year-old DeShields gives Cleveland another outfield option and some speed. He hit .249 with 24 stolen bases for Texas last season.

Clase, too, has promise. He skipped the Triple-A level last season and made his big league debut with the Rangers in August, going 2-3 with a 2.31 ERA in a mostly relief role.

After their third consecutive losing season since back-to-back AL West titles in 2015 and 2016, Texas went into this offseason wanting to bolster its rotation around returning All-Star left-hander Mike Minor and right-hander Lance Lynn, who combined for 30 wins last season. The Rangers have now added three new starters this month.

Before the deal for Kluber — who is from Coppell, Texas, about 25 miles from the new Rangers’ ballpark — the team had already signed free-agent right-handers Jordan Lyles and Kyle Gibson to multiyear deals.

A $16 million, two-year deal was completed Friday with Lyles, a week after a $28 million, three-year contract was set for Gibson.

“We feel like we’ve addressed our rotation in a way that we’re pretty excited about,” Daniels said.

The Rangers are moving next season into a new $1.2 billion stadium, being built across the street from the ballpark they called home the past 26 seasons.

Texas went 78-84, then missed out on a pair of free-agent targets at the recent winter meetings, watching star pitcher Gerrit Cole and slugger Anthony Rendon sign with other teams.

Antonetti said the clubs will split a $1 million assignment bonus for Kluber for getting traded.

Because he was dealt, his $18 million club option for 2021 will become guaranteed if he pitches 160 innings next year and is not on the injured list at the end of the season.