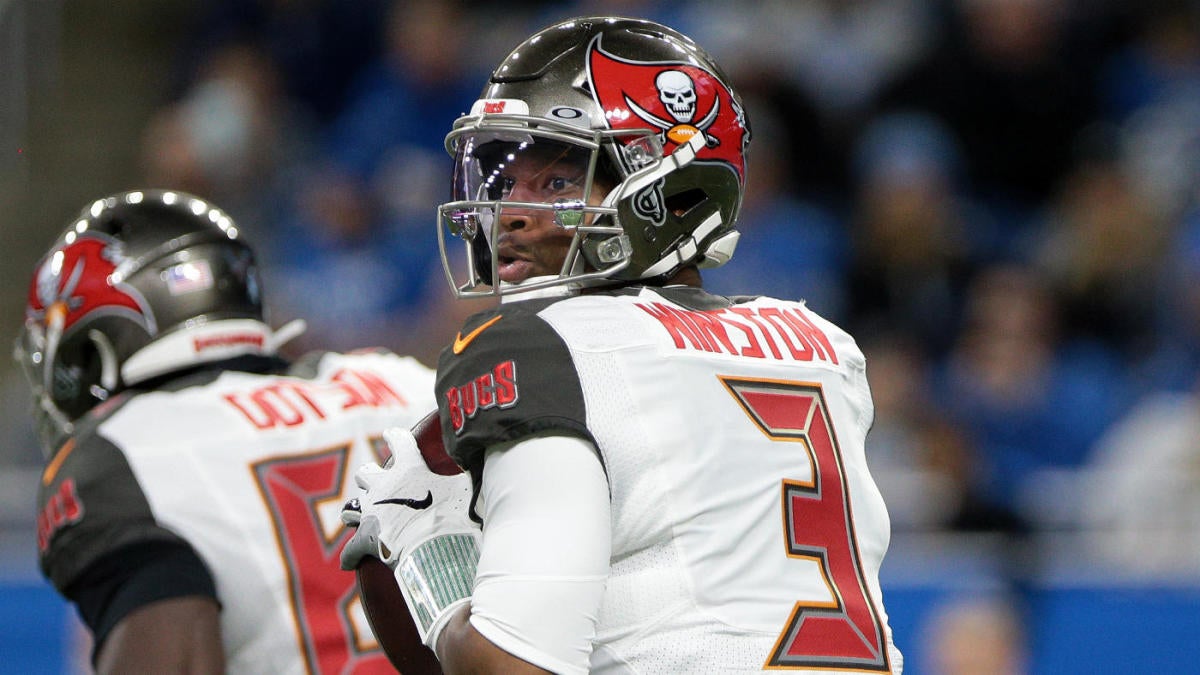 Last month I reported on the growing sense within the Titans‘ organization that a contract extension was in the offing for quarterback Ryan Tannehill, even if it required a franchise tag. And he’s not the only passer playing his way into another payday.

For the last four weeks, Jameis Winston has carried the Bucs back from a 3-7 start, his accomplishments obscured by Tannehill’s resurgence – with the Titans making a push for a division title and Tampa already a playoff afterthought – but no less consequential. At midseason I was among those who figured the Buccaneers would have to move on from the former first-overall pick, his predilection for turnovers simply too much to overcome.

And the gunslinger does still turn the ball over – he will do so more than anyone else in the NFL this season and he has thrown the most picks in the league over the past four seasons – but he also has yet to turn 26, is a great threat in the offense Bruce Arians has constructed and the Bucs will be hard pressed to upgrade on him in 2020. At this stage of his life and career, Arians isn’t in it for a rebuild, the Bucs will win too many games to nab one of the top QBs in the draft and it’s not like the crop of free agent or trade options will look better than what they already have (Eli Manning, Joe Flacco, Andy Dalton, Cam Newton recovering from foot surgery, etc.).

No, with each passing week, filled with huge plays by Winston, he looks more and more like a part of their future. General manager Jason Licht, the man who drafted him to build the franchise around him, badly wants this to work. And the recent play by the quarterback will give him, I believe, sufficient ammunition to make the case to ownership. Heck, they’re already paying him $20M this season, and with a full year under Arians’ offense, it’s not difficult to project him growing more next year.

Here is what Winston has done the last four weeks:

He has thrown for 450 yards or more in back-to-back games. He has 10 games of 300 yards or more already this season. And sure, some of the yards have been hollow, but not lately, just as not all of the interceptions are on him (as Arians has pointed out time and again). They can’t run the ball much and the defense is still an issue, so Winston knows it will require volume in the pass game to hang around in games – and that suits him just fine.

Personally, I’d offer him what the Jags gave Nick Foles a year ago (basically $50M for two years) and see where that goes. It just might require the $27M franchise tag to secure his rights, and maybe there is a four-year deal that, at its core with guaranteed money, is really a 2-3 year deal that’s worth exploring. Because for all his faults, on field and off, Winston hasn’t said or done anything to embarrass the organization under this regime, and he and Arians have been as productive as any duo in the league since bottoming out with the 3-7 start.

Patriots, Packers could both be one-and-done

Consider me still concerned by the Packers and Patriots. I wouldn’t be shocked, based on the matchup, if either is one-and-done in the postseason, even if both secure a bye.

Yes, New England appears to have had a get-right game at the Bengals (who doesn’t?), but they were pushed well into the third quarter and only Andy Dalton’s mind-bending run of three picks in rapid succession early in the second half saved the day. It was the defense, and Stephon Gilmore in particular, with two picks and one he returned to the house, that allowed the offense to breathe easy.

This isn’t the Pats team we are accustomed to this time of year, and it was more of a struggle against a woeful Bengals defense that it should have been. Tom Brady was tossed around in the first half, and the Patriots run defense remains a concern for me, too. I remain a skeptic that this is a Super Bowl team.

As for the Packers, the passing “attack” still gives me great pause. They hit a couple of big plays a game and that’s it. Nothing is
sustained. Once again they could have put a game out of reach, but a pop-gun second half by the passing offense let the
offensively-challenged Bears hang around, despite their limitations. I understand that style points don’t matter – only the scoreboard – but when I project things forward into a loaded NFC playoff field, I could see this team having problems if it has to play from behind.