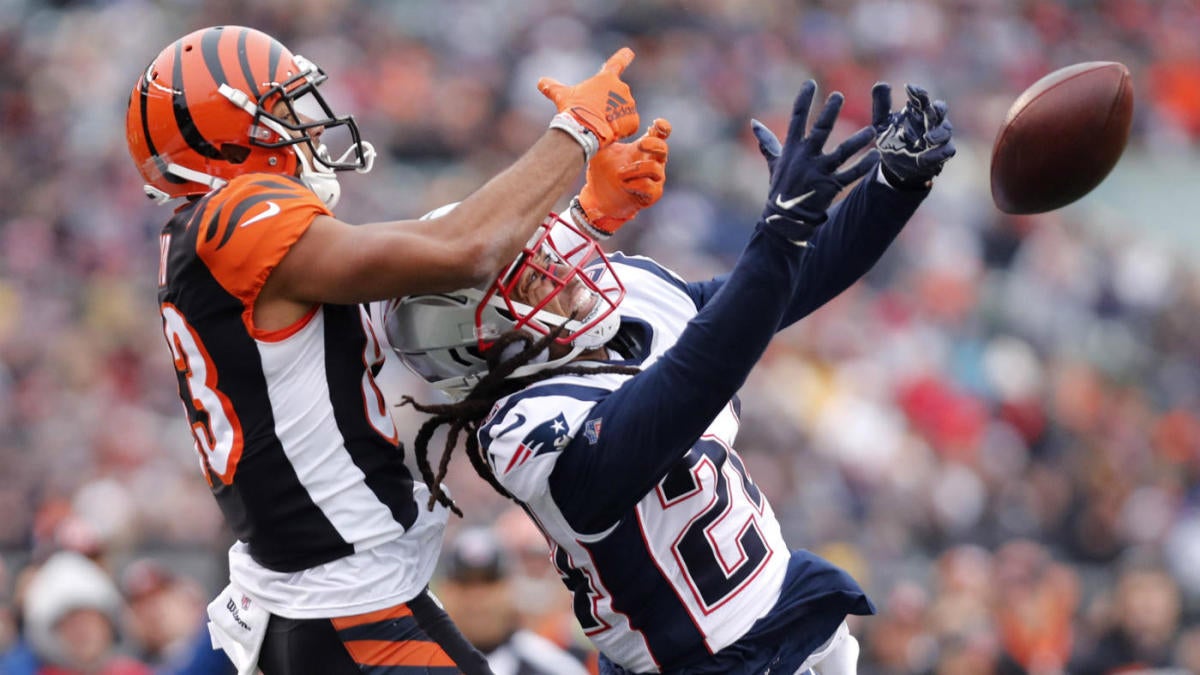 If the Bengals were having any second thoughts about drafting a quarterback in April, Andy Dalton definitely erased all those on Sunday during Cincinnati’s 34-13 loss to the Patriots.

Less than 24 hours after Joe Burrow won the Heisman, Dalton basically rolled out the red carpet for the LSU quarterback with a four-interception performance that killed any chances the Bengals had of possibly upsetting the Patriots. And as crazy as it sounds, an upset wasn’t completely out of the question with the New England leading just 13-10 at halftime.

Unfortunately for the Bengals, all four of Dalton’s picks came in the second half, and somehow each one was uglier than the previous one. On the Bengals’ opening possession of the second half, Dalton dropped back and tried to sneak a pass to Tyler Boyd, but as you can see below, Boyd just wasn’t open, and Stephon Gilmore came away with the interception.

After being picked off by Gilmore, you’d think that maybe Dalton would start throwing away from him, but nope.

On the Bengals’ very next possession, Dalton threw in Gilmore’s direction again, and this time, not only did the Patriots corner pick off the pass, but he returned it 64 yards to the house.

Apparently, Dalton forgot to do his homework on Gilmore, who’s been one of the best corners in the NFL all season.

On a day where former Bengals quarterback Boomer Esiason gifted Burrow a Bengals helmet, the Bengals might have actually been better off if Burrow had put the helmet on and flown to Cincinnati to finish this game. Dalton’s disastrous third quarter ended with a third pick, although this time it wasn’t Gilmore.

With just under 30 seconds left to play in the quarter, Dalton was picked off by J.C. Jackson after he tried to hit Alex Erickson with a deep pass.

Dalton finished the game 17 of 31 for 151 yards and a touchdown to go along with his four interceptions.

Now that Burrow owns a Bengals helmet, he should probably just start wearing it around, because there’s a good chance that’s what he’s going to have on his head for most of his NFL career.