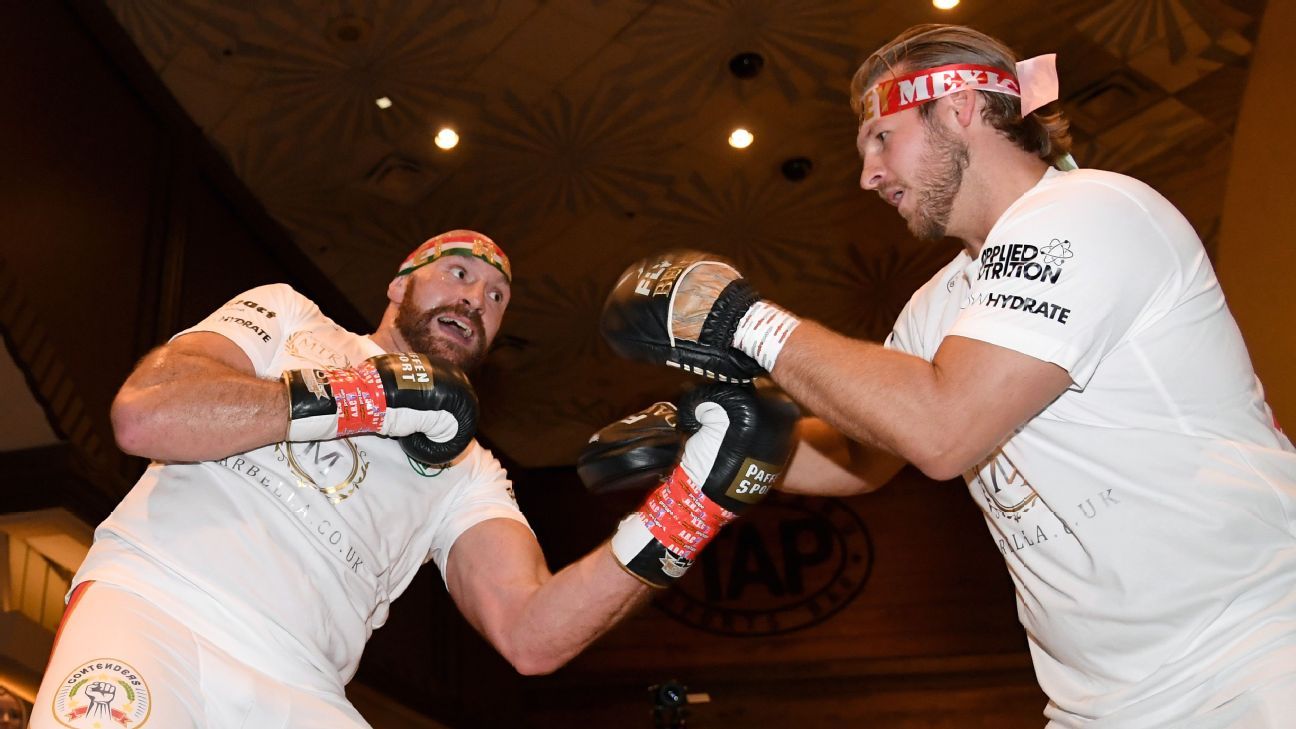 That leaves Fury in need of a new head trainer just as he begins to prepare for his mega pay-per-view rematch with world titleholder Deontay Wilder on Feb. 22.

Davison announced his separation from Fury on Sunday on social media, writing, “Obviously it’s not gonna stop until there’s an answer, Tyson and myself had to both make decisions for our careers, which resulted in our working relationship coming to an end, HOWEVER, we remain friends and he will SMASH the DOSSER!!”

When Fury returned to the ring following a 31-month layoff caused by a slew of personal problems, including mental health issues, in June 2018, he did so with the relatively unknown Davison as his new trainer, whom he had hired to replace his uncle, Peter Fury, after a falling-out.

The Fury-Davison split seemingly came out of the blue because Davison was on hand at the MGM Grand in Las Vegas to scout Wilder during his title defense against Luis “King Kong” Ortiz on Nov. 23.

Following the fight, Davison, who also has trained super middleweight and middleweight world titlist Billy Joe Saunders, spoke at length to boxing media about the rematch with Wilder and plans for Fury’s training camp.

With Davison heading Fury’s training camp, Fury lost more than 100 pounds to get back into shape and won a pair of low-level comeback fights in 2018 against Sefer Seferi by fourth-round knockout and against Francesco Pianeta by shutout 10-round decision.

Then Davison led Fury into the first fight against Wilder last December in Los Angeles, where Fury outboxed Wilder for much of the fight and many thought he clearly deserved to win despite suffering two knockdowns before having to settle for a controversial draw.

Fury (29-0-1, 20 KOs), 31, of England, has won two fights since the draw, both in Las Vegas as part of his new co-promotional deal with Top Rank to fight on ESPN platforms. Fury blew away Tom Schwarz in the second round in June and won a very hard-fought unanimous decision against Otto Wallin in September in a fight in which Fury suffered terrible cuts over his right eye.

After the bout with Wallin, John Fury, Tyson’s father, said publicly that he thought his son should fire Davison because of his son’s lackluster performance.

It remains to be seen who Tyson Fury will bring in to train him for the Wilder rematch. International Hall of Famer and seven-time Boxing Writers Association of America trainer of the year Freddie Roach came on as an assistant for the first Wilder fight after he and Fury struck up a relationship when Roach let him train at his Wild Card Boxing Club in Hollywood, California, during that camp.