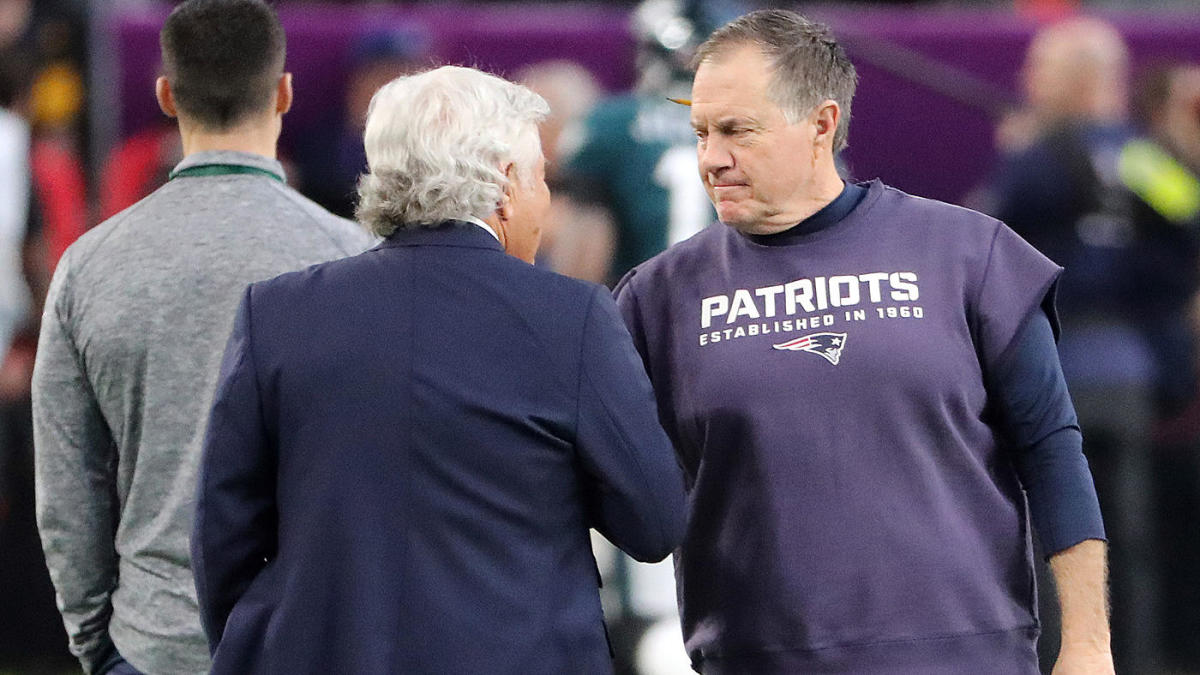 The New England Patriots are currently under NFL investigation for violating league rules last week when they illegally filmed the Bengals, and now, part of that video has been released.

Although the Patriots have admitted to “inappropriately filming the field,” they said the video team was a crew of independent contractors who shot the specific footage without the team’s consent and “without specific knowledge of League rules.”

The Patriots claim the footage was only shot because they had sent a three-person video crew to FirstEnergy Stadium last week to film a behind-the-scenes look at what it’s like to be an advance scout in the NFL.

After being called out by the Bengals security guy, one of the Patriots videographers offered to delete the footage.

The Bengals security guy was clearly having a difficult time believing anything the Patriots were telling them.

You can see the footage of the entire incident below.

In total, the Patriots staff shot eight-minutes of B-roll footage of the Bengals sideline, even though the “Do Your Job” episodes on the team’s website have only been running eight to 10 minutes in total.

NFL commissioner Roger Goodell was actually asked about the league investigation into the Patriots at the NFL owners’ meetings last week and wasn’t ready to offer a timeline on when it might be finished.

“It’s under review,” Goodell said, via NFL.com. “We’re going to be thorough. We’re going to take our time and make sure we look at everything that’s pertinent here and make a decision.”

The NFL commissioner was also asked what he thought of the Patriots explanation that it was all a misunderstanding.

The league office likely won’t give the Patriots the benefit of the doubt and that’s because of the team’s track record. Back in 2007, coach Bill Belichick was fined $500,000 — the largest fine ever imposed on a coach in league history — for the part he played in Spygate. As a team, not only were the Patriots hit with a $250,000 fine, but they were also docked their first-round pick in 2008.

One aspect of the Spygate investigation that’s similar to what’s happening now is that the Patriots videographers were encouraged to have an excuse ready if they were ever caught filming another team.

From a 2015 ESPN article on Spygate, “The videographers also were provided with excuses for what to tell NFL security if asked what they were doing: Tell them you’re filming the quarterbacks. Or the kickers. Or footage for a team show.”

At best, it’s just a pure coincidence that the Patriots are using the same excuse now that they encouraged their videographers to use more than a decade ago. At worst, it’s a red flag that the NFL would likely take into account if they decide to punish the Patriots as a team that already has multiple offenses against league policy.