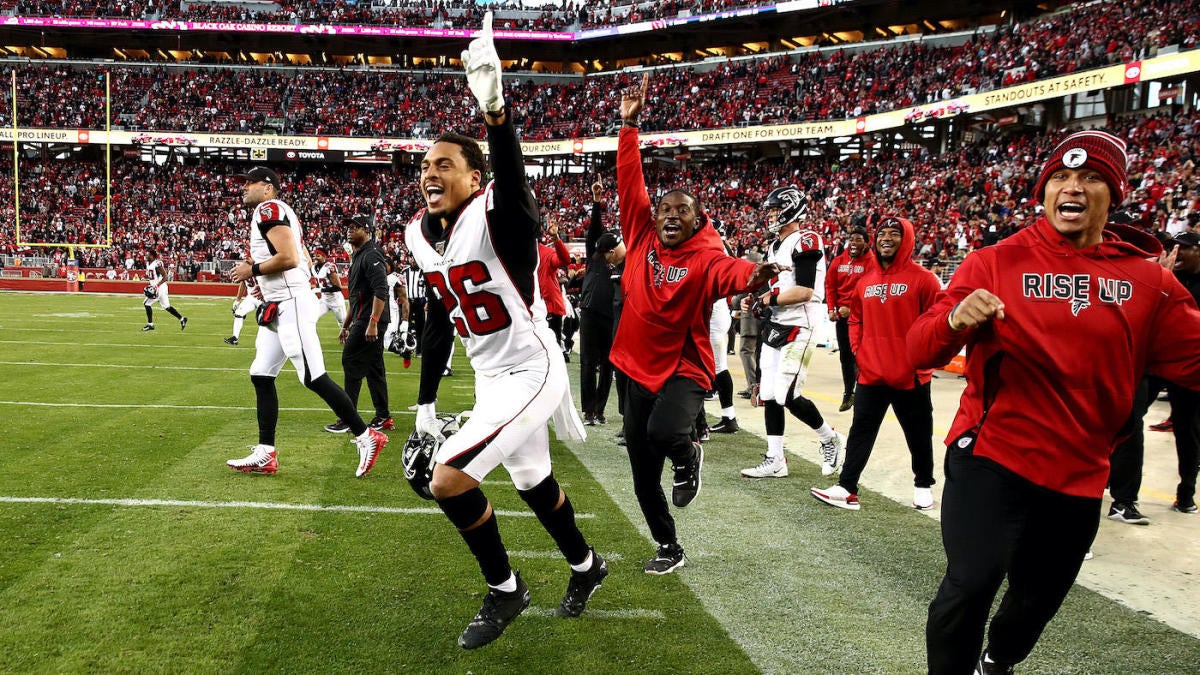 Sunday was a twisted, brutal day for plenty of NFL bettors. Not only did the Philadelphia Eagles pull off a miraculous backdoor cover thanks to a last-second fumble by the Redskins, but the Atlanta Falcons-San Francisco 49ers game ended up going over the total on a bizarre touchdown on the final play. Did we mention that final play came on a kickoff?

After the Falcons just managed to break the plane of the end zone for a go-ahead touchdown with two seconds left on the clock, the score was 23-22 heading into a kickoff that would most likely close out the game. The pregame over/under total closed at 49.5, meaning those who took the under were probably feeling pretty good.

Unfortunately, two seconds on the clock is plenty of time to flip the gambling world on its head.

The Falcons squibbed the kickoff to the 49ers, who attempted to make some magic happen with some backwards tosses. Unfortunately, that plan quickly went awry when one of those long tosses misfired and the ball bounced back toward the 49ers’ own end zone, where Atlanta was able to scoop it up just in front of the end zone and carry it in for an additional six points on the scoreboard.

The touchdown didn’t mean a whole lot for the game considering the Falcons were already set to win, but it meant the difference between the Over and the Under for bettors with action on the total. With Atlanta’s score, the total shifted from 45 to 51, creating a horrible bad beat for anyone who had the Under.

That’s certainly a tough way to go down in one of the final games of Sunday’s slate, but it’s important to remember that a bad beat for somebody is a miraculous win for someone else. Those who wound up on the unfortunate end of Sunday’s misgivings should take some solace in the very good betting karma they have on their side moving forward.