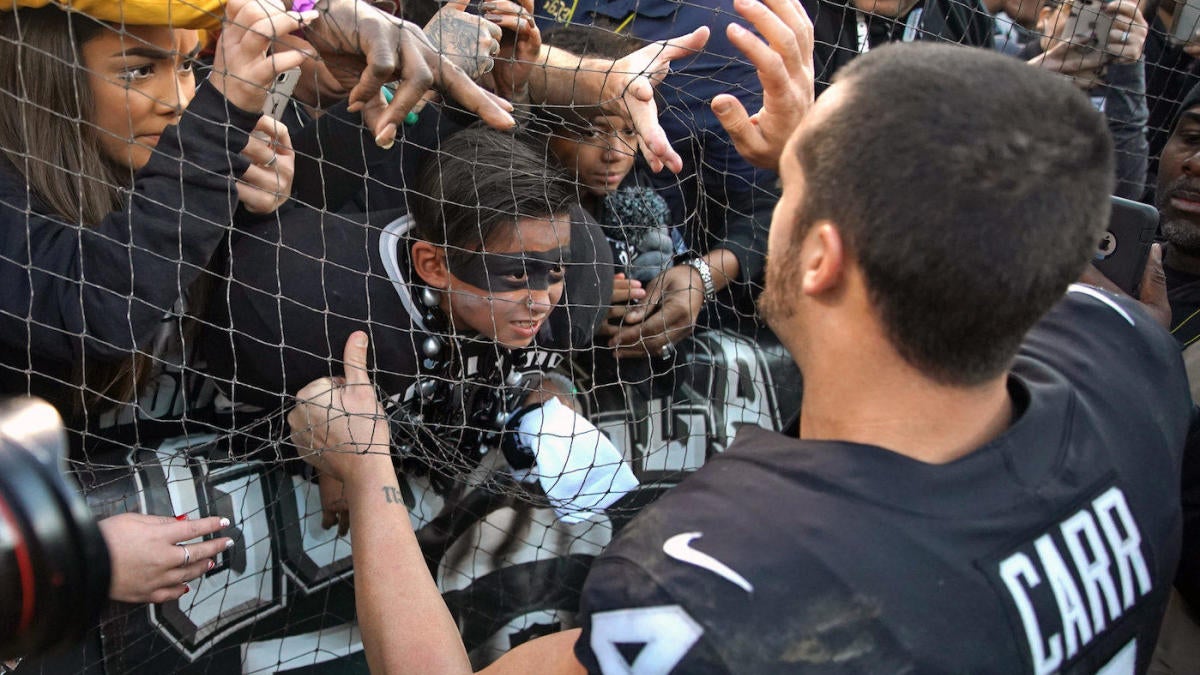 The Oakland Raiders were hoping to make the 2019 season special for their fans, as it would be their last year playing in Oakland-Alameda County Coliseum. The Raiders came into this week with a 4-2 record at home, and with Sunday being the very last home game they would play in Oakland, many thought that the adrenaline would be enough to carry them to a victory over the lowly Jacksonville Jaguars. Unfortunately, that did not happen.

In fact, after losing the game in heartbreaking fashion, which we’ll get to in a minute, quarterback Derek Carr exited the field to boos. Not the way you want to leave a city forever.

Everything was going according to plan for the Raiders in the first half. Carr hooked up with Tyrell Williams for a 40-yard touchdown on the first drive of the game and then the Raiders converted on a 33-yard field goal. At the halftime break, the Raiders held a 16-3 lead.

Both teams punted on their first possessions of the second half, but the Jaguars put together a 14-play drive which lasted over eight minutes that ended in a field goal to cut the Raiders’ lead to just 10 points. After Oakland was again forced to punt, Gardner Minshew orchestrated an 11-play, 79-yard drive which ended with a six-yard Chris Conley score. Up just three points, the Raiders began to feel the heat.

Carr took the Raiders 43 yards down the field before the drive stalled around the Jaguars’ 32-yard line. Daniel Carlson came out for a 50-yard field goal and missed it, but was given another chance since the Jaguars ran into the kicker. Even with the help of the five-yard penalty, Carlson’s attempt went wide left yet again, and the Jaguars got possession down three with under two minutes left.

Minshew quickly took the Jaguars down the field — 65 yards in just over a minute, when he hooked up with Conley for a walk-off, four-yard game-winning score

Naturally, the Coliseum was absolutely stunned. The Raiders had given up 17 unanswered points in the second half to lose to the 4-9 Jaguars in their last game in Oakland. Carr, who has spent his first six seasons in Oakland, was booed off the field in his last game as the city’s quarterback.

Fans stuck around to throw trash on the field and engage in fisticuffs (link NSFW) with each other and security.

According to Torrey Hart of Yahoo Sports!, the media was asked to leave the field after security members began engaging with fans. A woman reportedly suffered a nasty head wound, as if she had been struck by debris.

Despite the wild scene and the upsetting result, players still spent time with fans, gifting the jerseys off their backs and taking pictures. Head coach Jon Gruden thanked the fans and city for their support over the years.