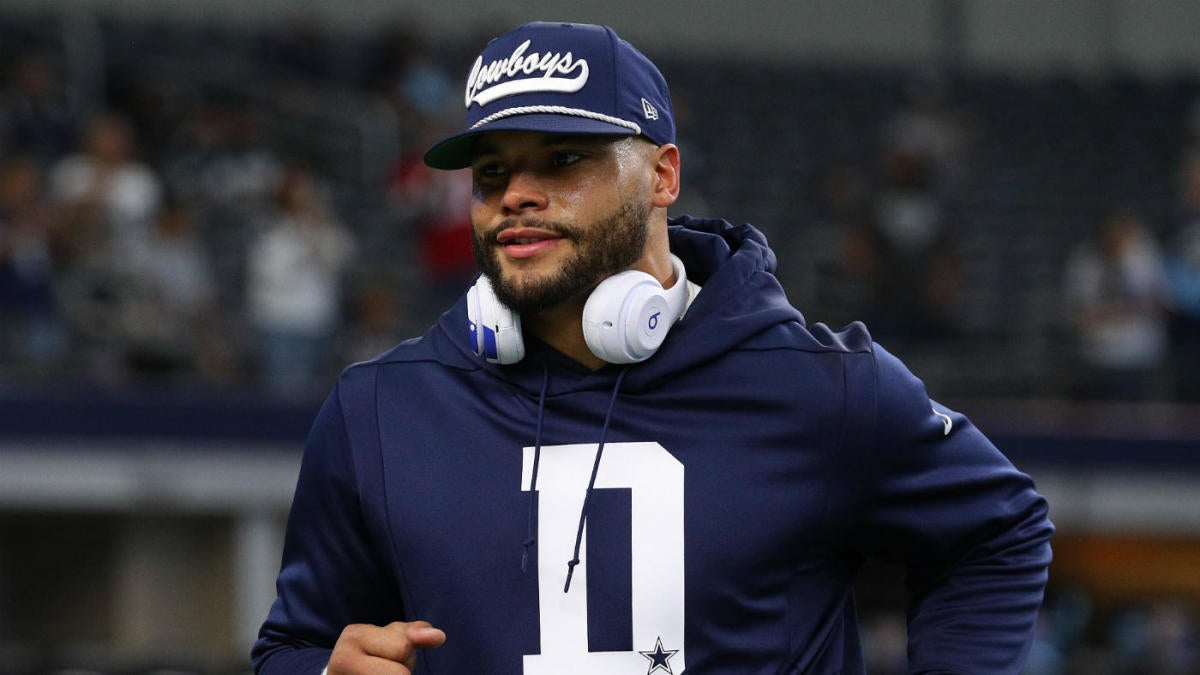 UPDATE: The NFL did the right and easy and obvious thing on Sunday in the Cowboys game, deciding to “review” the coin toss video and eventually overturn the ruling on the field. It sounds weird, but per Mike Pereira on the FOX broadcast, the NFL used Rule 15 of the NFL rulebook to examine the administration of the game.

Specifically, the refs — it may have been Anderson’s crew but with help from New York — apparently looked at video and audio of the coin toss and determined Prescott did in fact say “defer” and therefore decided to give the Cowboys the ball for the second half.

It’s the smart move to avoid controversy, although Rams coach Sean McVay did not seem pleased that he found out about it as he was coming back onto the field to start the second half.

The Dallas Cowboys are not always the most buttoned-up organization on the football field and they made a big old whoopsie Sunday against the Rams, allowing Los Angeles to get the ball to start the first and second half of the game.

How can that happen? Well, it’s part semantics and part NFL rulebook that created the issue. And maybe part Walt Anderson’s hearing.

The Cowboys won the coin toss and thus got to pick whether they or the Rams would get the ball first. However, according to Joe Buck and Troy Aikman on the FOX broadcast, Dak Prescott told Anderson, the referee in charge of the game, the Cowboys wanted to “kick” but did not use the word “defer” to describe their choice.

Obviously what Dak was trying to say is “we want to kick so we get the ball in the second half” but he didn’t, per the broadcast, use the actual term “defer.”

There’s just one problem here. On the FOX broadcast, they went back and pulled the video and audio of the coin toss. And on the  video, Dak CLEARLY does in fact say “defer” after Anderson asked him multiple times what he was trying to do.

“Go defense. Defense. We want to kick it. We kick it that way,” Prescott said.

“You want to kick?” Anderson replied.

“We defer to the second half,” Dak added.

This is wild. Without this evidence, it’s easy to bury Dak and Jason Garrett for not being able to functionally get everything together in a correct fashion and/or express the importance of wanting to defer.

From a semantics standpoint, it’s pretty ridiculous that “we want to kick” doesn’t mean “we want to defer” — obviously the Cowboys don’t prefer fewer possessions. Even Jason Garrett isn’t that conservative.

But Dak definitely said “defer,” albeit on like the third time he was asked by Anderson. But if Anderson is going to keep asking him what he wants to do, why would Anderson not be fully prepared to accept whatever Dak says, regardless of how many times he has to say it? This is a no-brainer situation to give Dak the benefit of the doubt by managing to get the word “defer” out there at any point.

Garrett was spotted talking to Anderson on the sideline about the issue and Garrett clearly told Anderson that Dak said “defer” — that was part of his issue with what went down.

The NFL has plenty of time to fix the issue. The league could step in and just make an executive decision to overrule the idea of the Rams getting the ball back in the second half, based solely on the fact that Dak clearly said defer. It would be ridiculous to not give credit for Dak there, especially when the official NFL gamebook handed out at the stadium also says the Cowboys decided to “defer.”

Again, this feels like a VERY simple solution for the NFL here. Huddle up with Anderson at half, give the Cowboys the ball to start the second half and make sure that everything is fair and competitively balanced.

It’s a freaking coin toss. Fortunately, Jerry Jones at least won’t be forced to blame Garrett or Dak for the issues. Maybe.