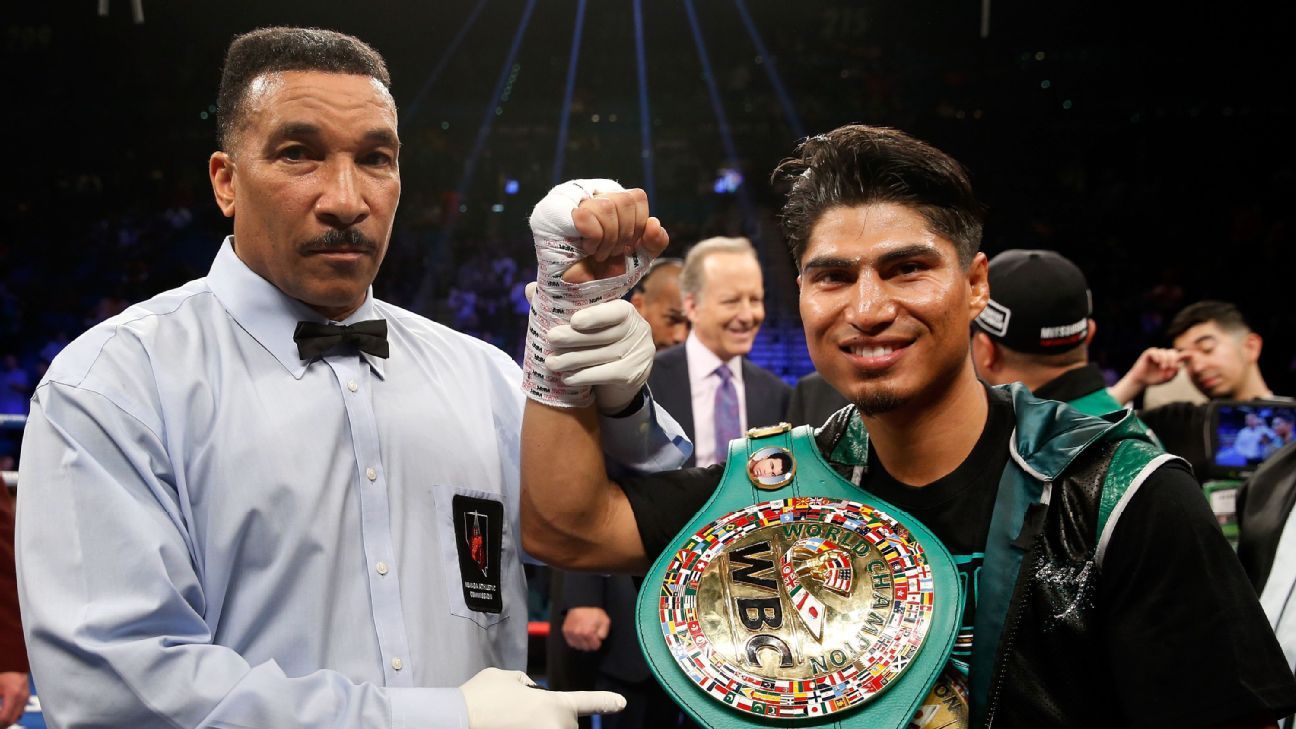 Former four-division world titleholder Mikey Garcia used the occasion of his 32nd birthday Sunday to announce that he will return to the ring Feb. 29 to fight in the main event of a DAZN-streamed card under a deal he has made with promoter Eddie Hearn of Matchroom Boxing.

Terms of the agreement were not announced, but according to sources, the deal is for one fight with Hearn retaining the right to match any offer for the fight after the February bout.

“I am happy to announce my return to the ring for February 29,” Garcia said in a statement. “I am eager to make my return and grow my legacy. I look forward to working with Matchroom Boxing USA and DAZN and I want to thank all my fans for the continued support. Fight details will be announced soon, and I can’t wait to be back in the ring.”

Garcia’s opponent was not announced, but the leading candidate is former junior welterweight and welterweight world titlist Jessie Vargas, who on Sunday told ESPN he is in talks with his promoter, Hearn.

Garcia and Hearn, who is also Garcia’s promoter for the fight, are scheduled to appear at a news conference on Wednesday afternoon in Los Angeles to discuss their deal. Hearn has been chasing Garcia for the better part of a year and finally got his man, even if it’s a short-term deal.

Garcia has made it a point in recent years to say he wanted to do only short-term deals and not tie himself a promoter for any length of time. He has been a promotional free agent but fighting under the Premier Boxing Champions umbrella for his past six fights since 2016.

“I’ve been talking to Mikey for over a year now, and I’m so happy to welcome him to the team,” Hearn said. “Mikey is a standout star, and I’m looking forward to working with him on big fights moving forward. He will return to the ring on Feb. 29, and we will be announcing the opponent and venue shortly.”

Garcia (39-1, 30 KOs), of Moreno Valley, California, has won world titles at featherweight, junior lightweight, lightweight and junior welterweight. He has not boxed since March 16, when he jumped up two weight classes for an audacious challenge of the much bigger welterweight world titleholder Errol Spence Jr. and lost a shutout decision before a crowd of 47,525 at AT&T Stadium in Arlington, Texas, in the main event of the first Fox Sports pay-per-view card.

“It looks that way,” Vargas said of whether he going to face Garcia on Feb. 29. “Everything points in that direction. Eddie told me that this is the fight he would like to make, but it’s not made yet, but I am pretty positive it’s a fight we can make and will make. We are both known as action-packed fighters.”

Garcia has not specified at what weight he would fight his return. After the fight with Spence, he said he would weigh his options but likely return as a welterweight or possibly for the right fight at junior welterweight. Vargas wants to fight in the 154-pound junior middleweight division and boxed at 150½ pounds for his last fight, a sixth-round knockout of Humberto Soto on April 26 at The Forum in Inglewood, California.

“We still need to have that conversation to see what weight the fight would be confirmed at,” Vargas said. “It’s still in negotiation.”

Vargas said he would have a hard time coming all the way down to 147 pounds again and said he thought they could work out a catch weight between 147 and 154.

“Those are my ideas at the moment because the 154-pound division is what I have my eye on,” Vargas said. “I am open to negotiating a catch weight, and that’s where we are at the moment. Eddie signed a fighter (Garcia) he has wanted to make a deal with for a while to make this fight happen. It’s part of the reason I didn’t (sign for a fight) in December. It was because we saw this fight with Garcia coming up.